After  a few days of little tanker activity, we again have three tankers in port.  Two arrived today, but the third has been here almost all month.

Energy Pride picks up some golden energy from the setting sun. It has been anchored in the Bedford Basin since September 3.See Shipfax from September 5 for more details..

Also in the Basin: 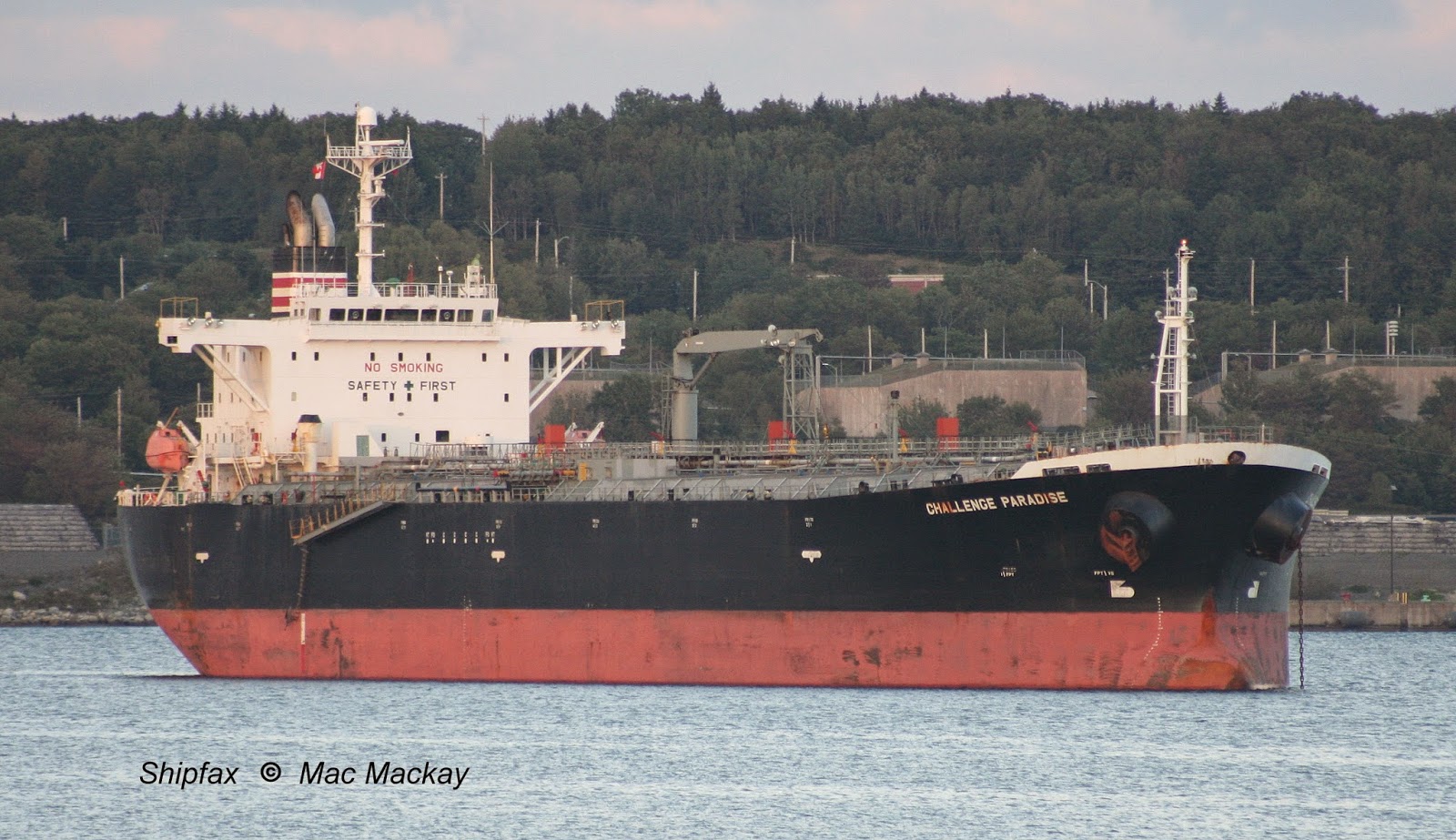 Challenge Paradise will be the next up to go the Imperial Oil in the morning. It appears to be in ballast, so it may here to load - not sure what. A member of the huge NYK fleet, it was built in 2007 and measures 28,603 grt, 45,980 dwt. It flies the flag of Panama, and has arrived from the St.Lawrence River.

Meanwhile in the lower harbour: 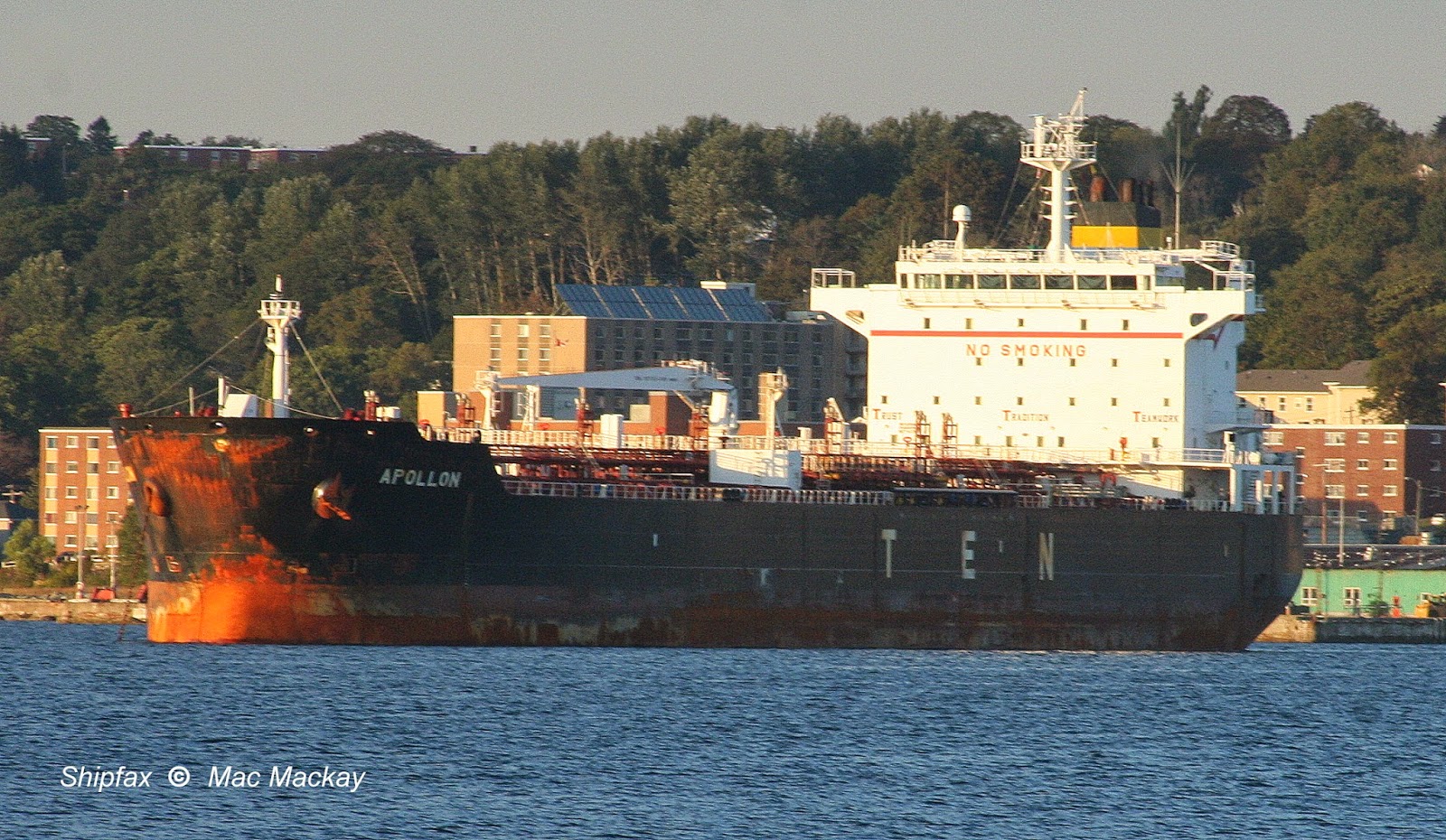 Apollon, predictably a Greek owned ship, part of the Tsakos Coumbia fleet of Athens, it is registered in the Bahamas. It was built in 2005, measures 30,053 grt, 53,148 dwt. Despite being anchored in the lower harbour, usually the place for short term visits, it has no orders to move yet.

Canadian tanker Algonova arrived September 13, bunkered, then moved to Imperial Oil to unload. It moved out to anchor September 15, then to Valero (Ultramar) in Eastern Passage where it loaded cargo, moving it to Imperial Oil early this morning. 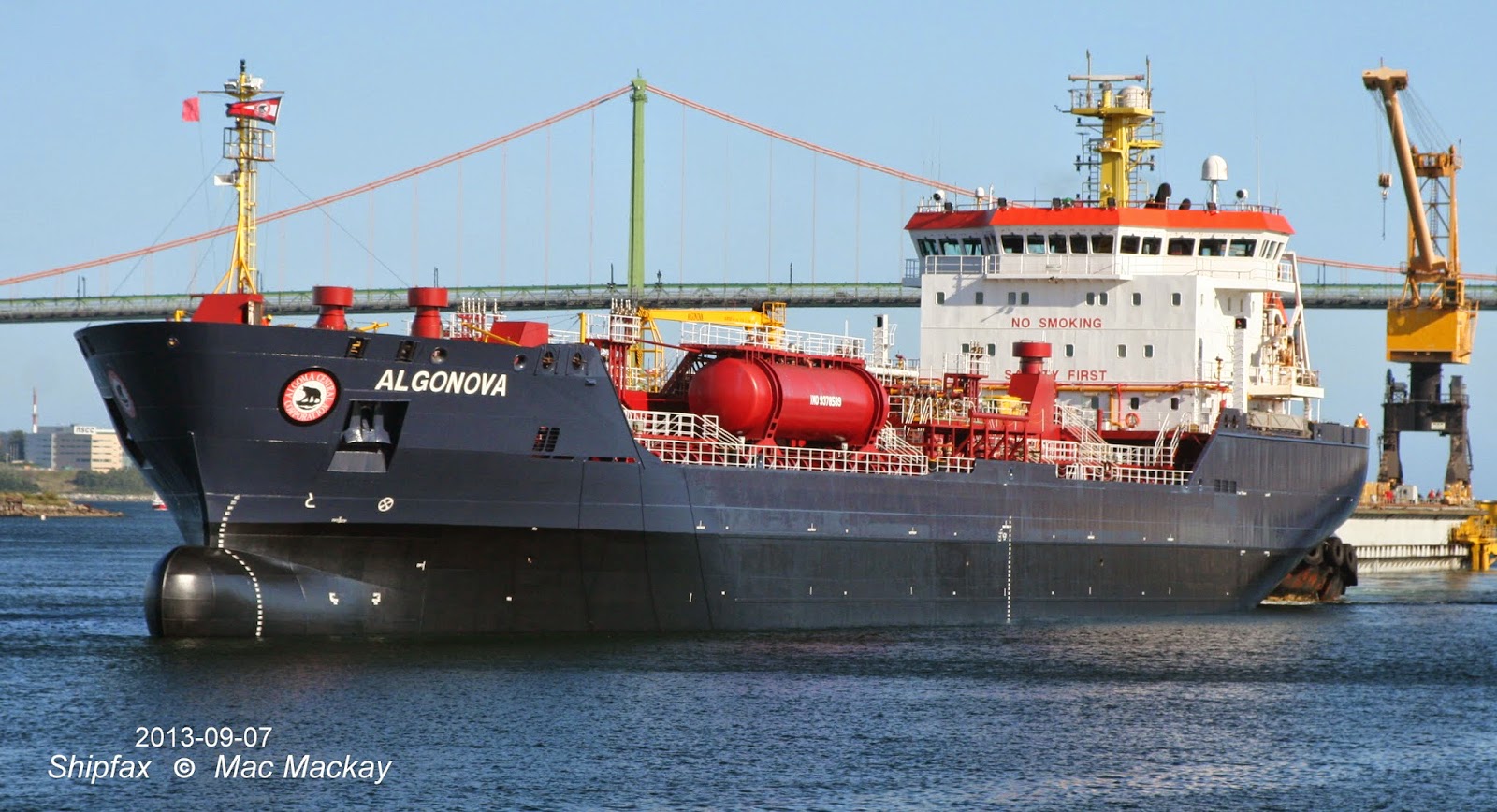 It has been an eventful year for the Turkish-built tanker. Emerging from the now defunct Novadock floating drydock at Halifax Shipyard a year ago, the ship was soon reassigned when Imperial Oil stopped refining operations in Halifax. The ship continued to serve Imperial customers, but from the St.Lawrence, with only occasional calls in Halifax. Then on January 19, 2014 it suffered a serious engine room fire in the Gulf and came to Halifax eventually and under went repairs until April. Since then I believe the ship has been running uneventfully.