Re-paving in the Basin

In a semi-repeat of the July 12 operation there was another transfer of asphalt cargo in Bedford Basin today.
[See http://shipfax.blogspot.ca/2014/07/bunkering-in-basin.html for the July operation].

The smaller of the two tankers, Asphalt Sailor was also here for the July operation and received cargo from a larger tanker. In July it was Asphalt Eagle, but this time it was Asphalt Star. A similar ship of 28,559 grt, 46,432 dwt, it was also built by Onomichi Dockyard, but in 1996. It carried the name Asia Pioneer to  1997, then Seajoy to 2001, before signing on with current operators Chronos Shipping of Greece.

Both ships arrived at anchor about midnight last night, with Asphalt Star anchoring and Asphalt Sailor berthing alongside. A pair of large rubber fenders of the Yokohama type, were positioned between the two ships. 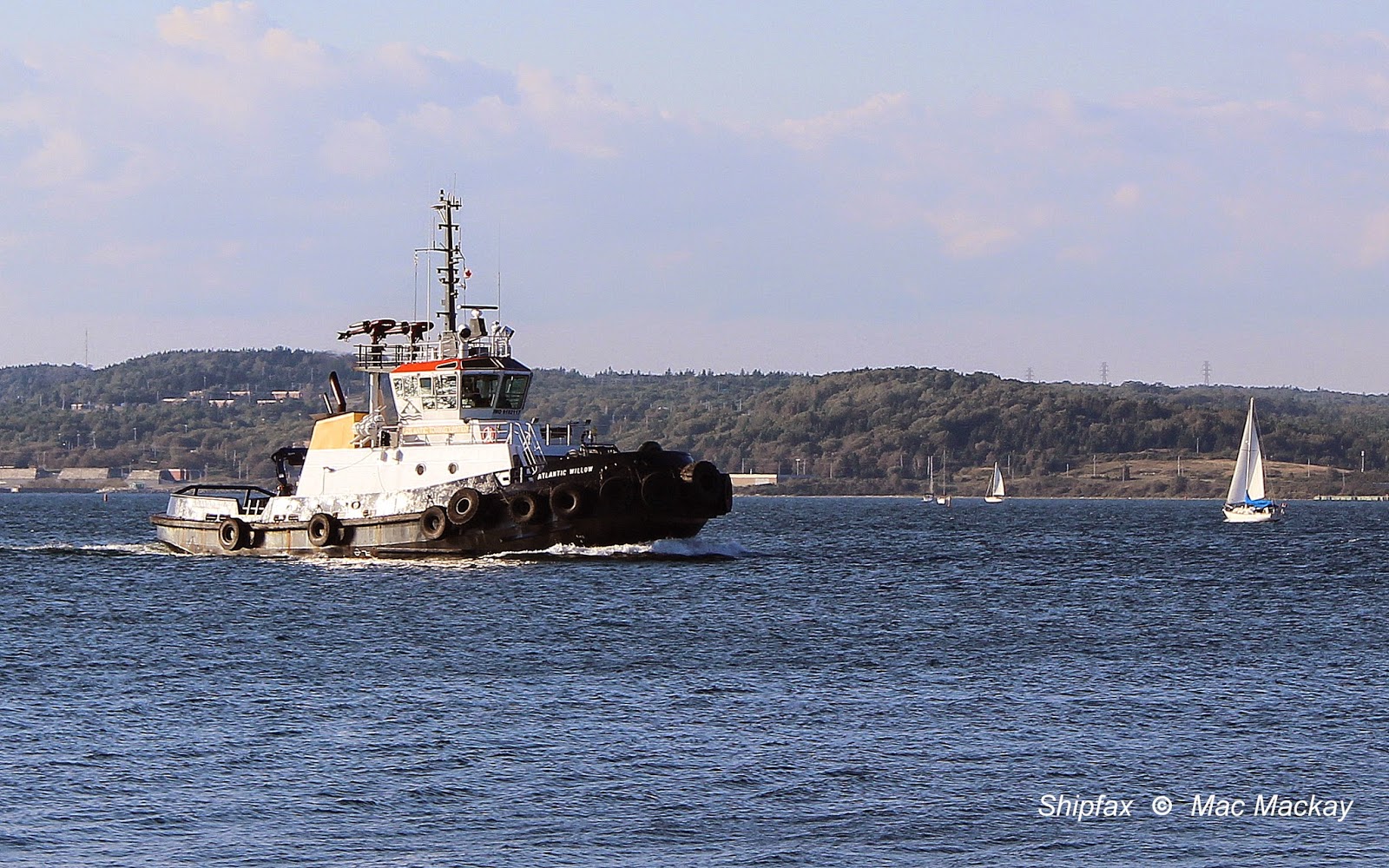 Late this afternoon when the transfer operation was completed, the tug Atlantic Willow came in to assist Asphalt Sailor to get away. 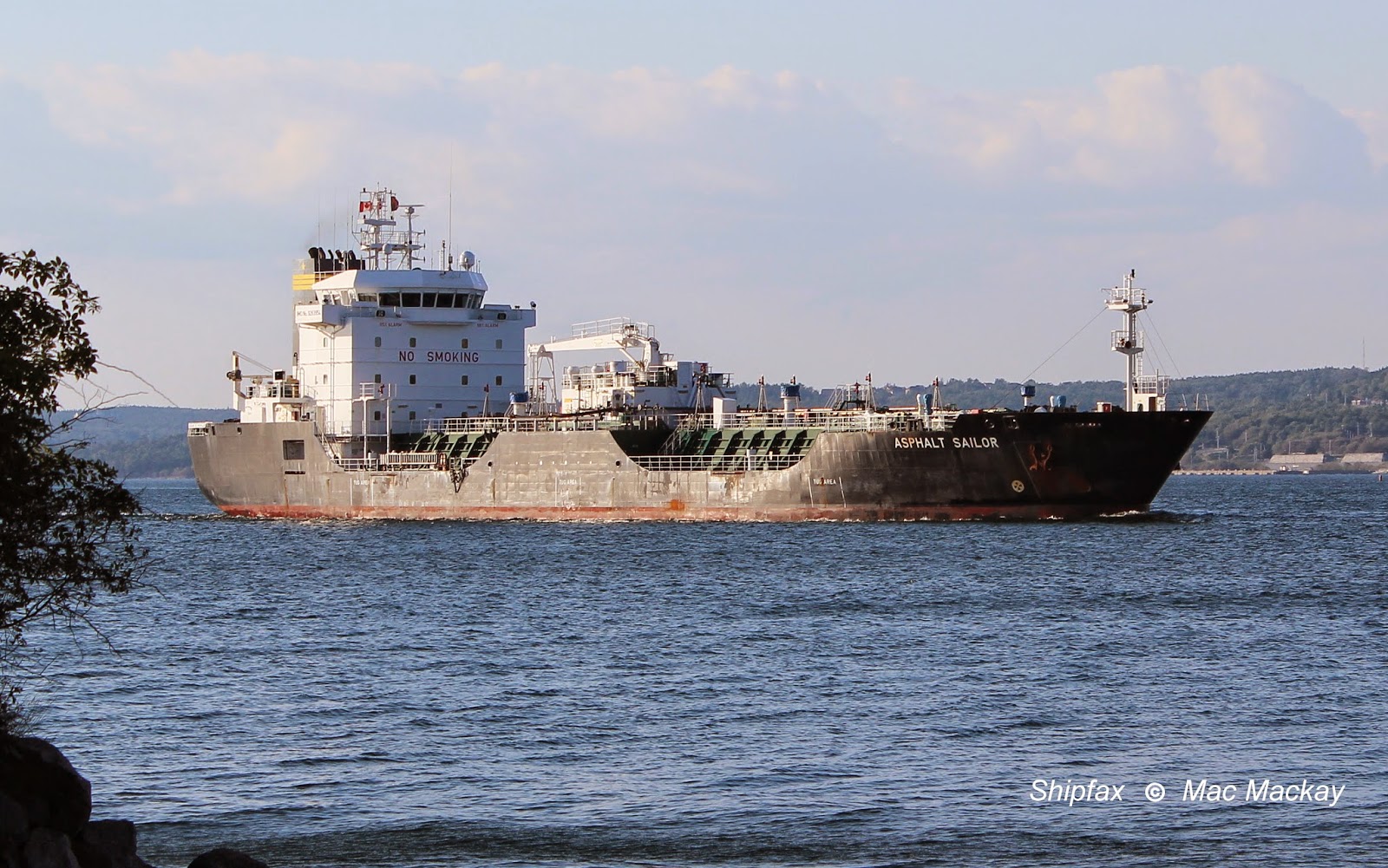 Asphalt Sailor was first through the Narrows, It was then the turn of Roseway to marshal the two fenders and take them back to Dominion Diving Ltd. 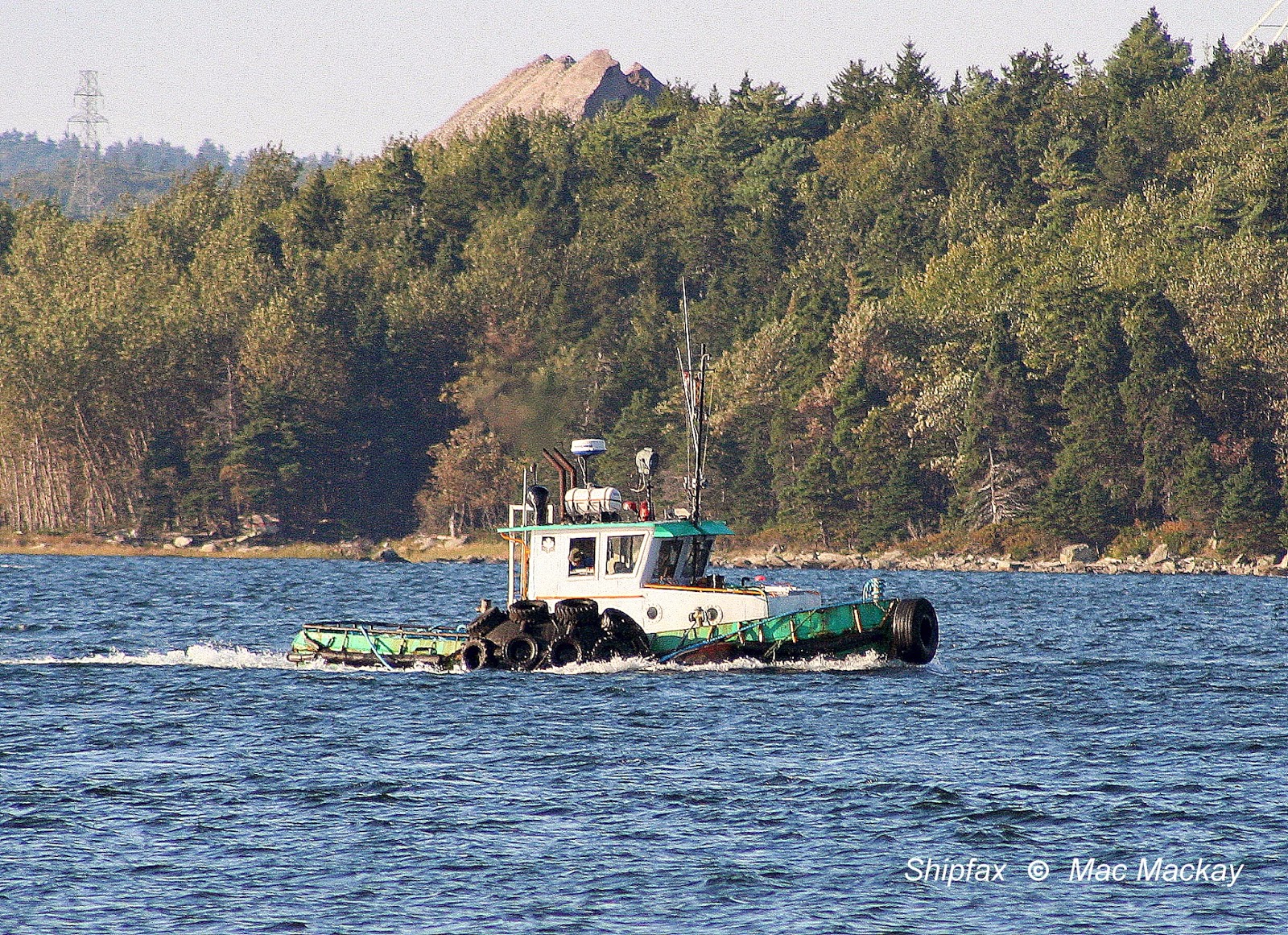 A mountain of gypsum ore looms above the treeline on the Dartmouth shore as Roseway makes for the Narrows.

Finally after weighing anchor, Asphalt Star sailed into the Narrows and out to sea.  Both tankers are specially fitted to carry asphalt, and to keep it heated and liquid during transit.