It is not just container ships that are getting bigger and bigger. Auto carriers have also been increasing in size too. With the enlarged Panama canal coming into operation in 2016 ship owners took advantage of the increased size allowances to build larger ships of all types, and auto carriers were no exception. Since they are frequent users of the Panama facility it made sense to increase the size of ships. 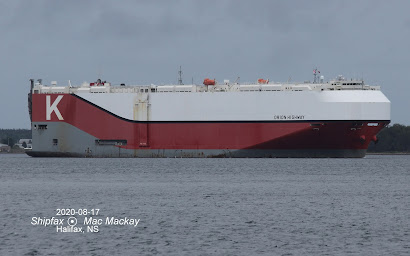