The longshore strike in Montreal is over but the "hangover" persist in Halifax where hundreds of containers bound for or from Montreal are piled up in both terminals, and hundreds more outside the terminals in a variety of parking areas. 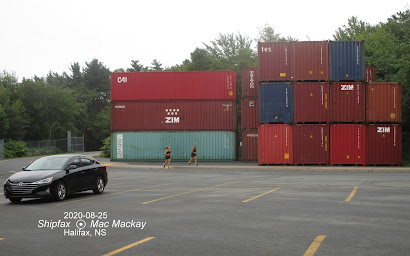 Empty containers have been moved out of the PSA terminal to make room for Montreal traffic within the secure customs zone. Normally staff parking, the storage area is along a popular jogging route to Point Pleasant Park.

Ships that normally call in Montreal are still calling in Halifax too, some to land delayed cargo. Today two of those ships arrived.

Cerescorp also had an arrival: 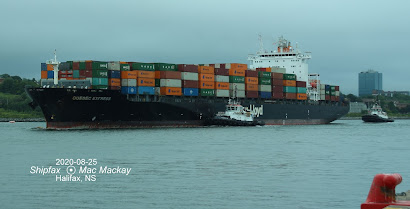 These ships appear to be fully load with cargo destined for Montreal. After discharging, they will also pick up cargo from Montreal that has arrived or is still in transit by truck and by rail.