There were several things going on in Halifax harbour today - some of them at the same time.

The most obvious activity was the arrival of the offshore drilling unit Noble Regina Allen. 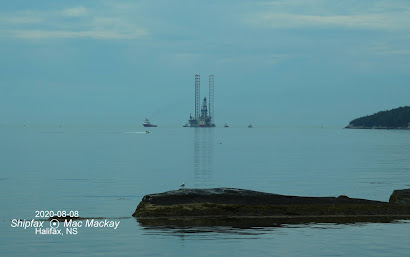 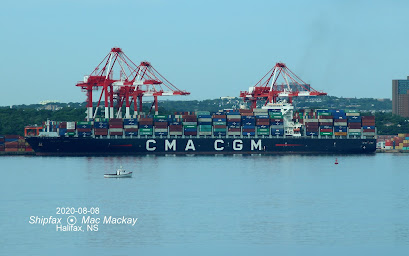 Meanwhile in mid-harbour George's Island opened to the public today. Until now there have only been rare open days, but it is now accessible regularly with the tour boat Harbour Queen I  providing ferry service. 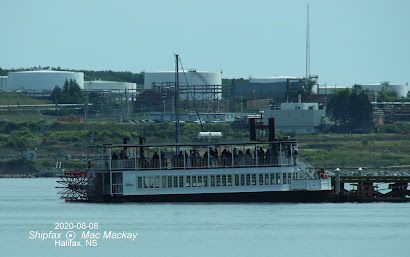 The fortifications and lighthouse have long been of interest to those on shore, but Parks Canada deemed the wharf and ramparts on safe. Those conditions have apparently been corrected and with the addition of public sanitary facilities, it should be a popular tourist attraction.
At Imperial Oil, Irving Oil the tanker Tower Bridge was unloading the latest cargo from Antwerp Amsterdam. The ship arrived yesterday.