Most of the activity in Halifax harbour today took place in the lower harbour - south of George's Island.

The tanker Sea Vine put in this morning for Asian Gypsy moth inspection. Built in 2004 by Tsuneishi, Tadotsu, Japan as British Vine, it is 58,070 gt, 106,021 dwt vessel. It was renamed in 2016 when sold by BP Tankers to present owners Vine Marine Inc, under management of Sea World Management + Trading Inc of Greece. 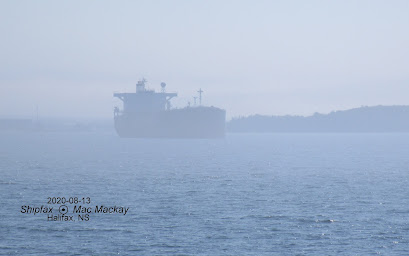 Despite a bright sun, fog lingered well into the morning as Sea Vine loomed into view in number one anchorage. 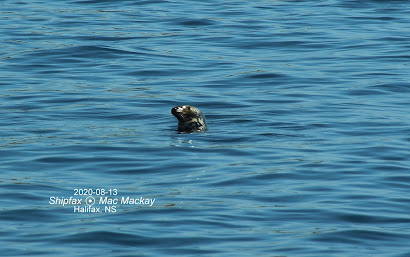 Most of the fog had burned off by one o'clock, allowing for better visibility for all... 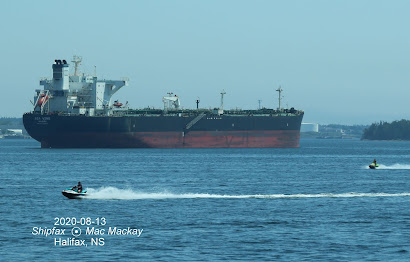 ... including the inevitable person water craft.
Sea Vine arrived in ballast from Paulsboro, New Jersey (home of the PBF Refinery) and is giving Les Escoumins, the St.Lawrence River pilot station, as its destination. This is certainly a very odd place for a crude oil tanker to be going in ballast, since St.Lawrence River ports generally do not export crude oil.
There is a bit of a glut of crude oil these days, so it is possible that one of the refineries has more product than it can handle and needs to sell or store it.
With the improved visibility it became possible to see the auto carrier Toreador moving from Pier 31 to Autoport, although there was still a slight haze. 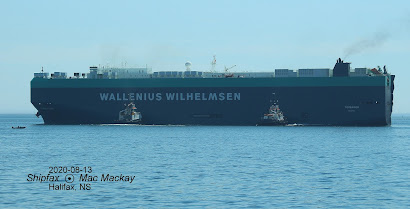