It was almost a parade of tankers today with three arrivals. First in was Gold Point for Irving Oil. It berthed at the Woodside terminal shortly after 0630 hrs but sailed again at 1100, giving Point Tupper as its destination. 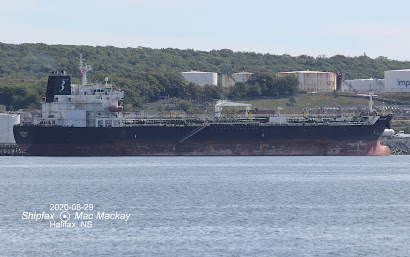 The ship dates from 2011 when it was built by STX Shipbuilding Co in Jinhae, South Korea. It measures 29,717 gt, 51,063 dwt. The ship appears to be in ballast so today's visit may have been to take on fuel for its own use.

Around 1000 hrs Nord Swift arrived at Imperial Oil from Antwerp, Belgium. It is a product of the same STX Jinhae shipyard but in 2015. It measures 30,179 gt, 49,579 dwt. Due to its location it isn't easily photograph-able from the Halifax side of the harbour.

Finally at about 1100 hrs the Cape Gavi sailed through the harbour to anchor in Bedford Basin. 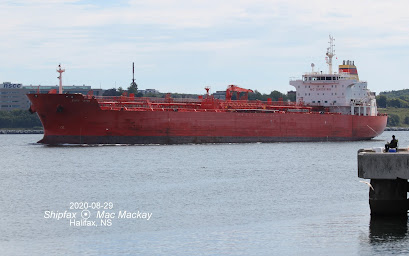 The ship is easily the most familiar foreign flag tanker calling in Halifax, as it has done so under three names, and was here before as recently as June:

The ship apparently finds most of its work from Irving Oil. It arrived this time from Saint John, but will be anchored in Bedford Basin for a time before unloading.