The Port of Montreal labour situation now has escalated into a full blown strike. This will likely mean even more pain for Halifax as PSA Halifax and CN Rail try to cope with an abundance of MSC and other "foreign" boxes moving through the port.

The port and the railway have the capacity to deal with a lot of additional traffic, but it is storage space in the PSA Halifax terminal that seems to be the issue. Like most North American ports, there is an imbalance between import and export traffic. No one wants to transport empties back to Asia, so there is always a shortage of boxes in the east and a surplus in the west. Similarly, ports like Halifax that have seasonal needs for fish or produce containers, must stock pile them to be ready when needed most. Therefore they end up storing a lot of containers.

PSA managed to find some space for more boxes but it was no where near enough because of the number of empties they are storing. They have had to move these stored boxes into their truck arrival zone and outside the boundaries onto other port property including parking areas. There was a lot of street traffic of vehicles normally confined to the terminals! I guess since the Port's roads are technically federal property, they do not need Nova Scotia license plates. 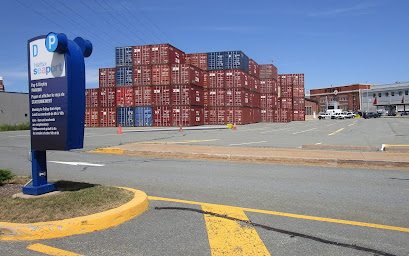 The sign says "Pay and Display" but I am sure PSA isn't paying by the hour to store these ZIM empties. This parking area opposite Pier 21 is usually used by taxis during cruise season, so it won't be missed this year. 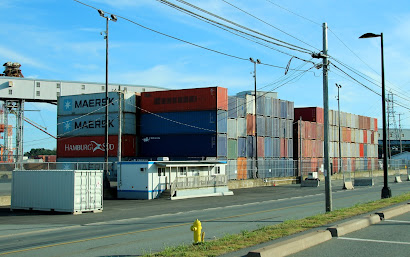 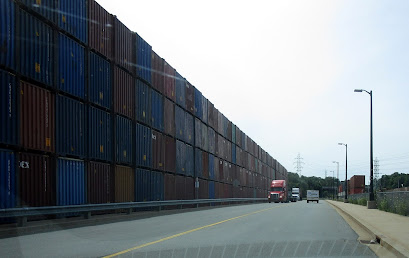 And there was a solid wall along South Marginal road where incoming trucks usually line up for PSA Halifax.

Not all container terminals in Montreal seem to be affected at this point, but even so the MSC / CMC/CGM boxes diverted to Halifax are enough tax facilities to the limit.

This afternoon there were about two dozen GT Intermodal trucks from Montreal at the PSA pier. These are from the company that usually brings in Oceanex containers. Oceanex Sanderling was alongside at Pier 41. 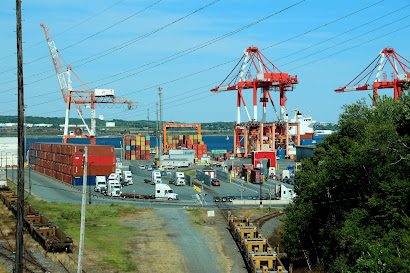 Lots of empty rail cars in Halifax too - ready to load out containers bound west. 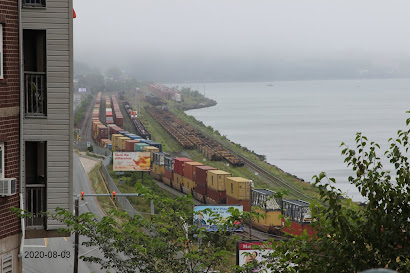