There were four cranes at work on OOCL Belgium this morning as the ship makes a turn around at PSA Halifax. Thanks to the longshore strike in Montreal it is one of several ships to be diverted to Halifax, with more to come. 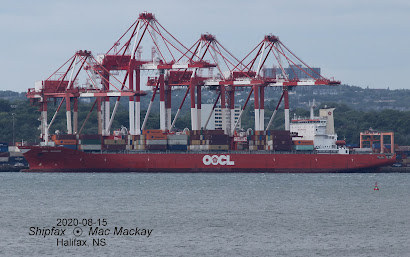 Most of the diverted ships will have to wait for a time  because they need their outbound cargo and that is arriving by train and truck from points west. CN Rail has added more trains - from the usual one a day, to sometimes two a day - to keep up with demand. Halifax longshoremen have also been persuaded to work the diverted cargo despite an initial desire for solidarity with their Montreal brethren.

However not all ships can come and go so quickly. Montreal Express is still at Fairview Cove - likely awaiting export cargo and MSC Rochelle has been anchored off Halifax since August 8. 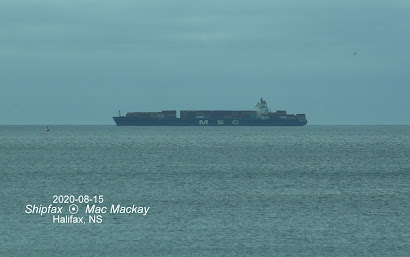