Nolhan Ava - back to work

The little container / RoRo feeder ship Nolhan Ava returned to Halifax this morning April 24 after a drydocking session in St.John's, NL.  Its last call in Halifax was on April 1. 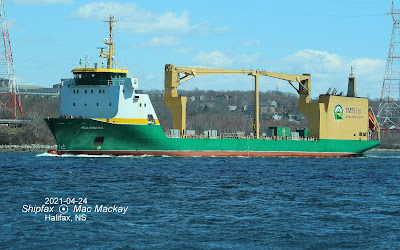 The ship will now be resuming its weekly run between Halifax and the French islands of St-Pierre et Miquelon, off the south coast of Newfoundland. Since 2019 it has also been calling in Argentia, NL. It was reflagged to Canada to allow it to carry cargo between Canadian ports.

Aside from local mainland Canada cargo, the ship coordinates with cargo to and from France on Atlantic Container Line ships that stop in several European ports, including Le Havre. The transfers are done in bond within the Cerescorp Fairview Cove terminal.

The ship's operators TMSI (Transport Maritime St-Pierre International) are among the very few container lines in the world using 53 foot long containers. One other exception is Oceanex. Most container ships are limited to 45ft or 48 ft long units, but are more comfortable with the traditional 20ft and 40ft boxes. 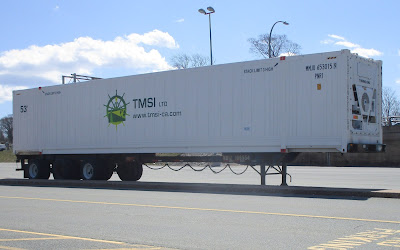 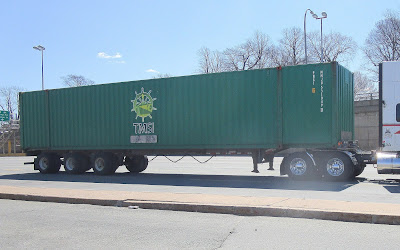 Nolhan Ava has been operating the TMSI service since 2015, except for some time off in 2016 for the installation of a ceramic membrane exhaust gas scrubber system in China. The ship was built in 2000 specifically for the St-Pierre et Miquelon route as Shamrock. However it was reassigned in 2004 due to financial issues with the owner.It then worked in the Caribbean until its return to Halifax in 2015.