High winds in advance of a cold front kicked up white caps in the inner harbour and some waves in the approaches. Ships needed some extra trug assistance but there did not seem to be any real delays. 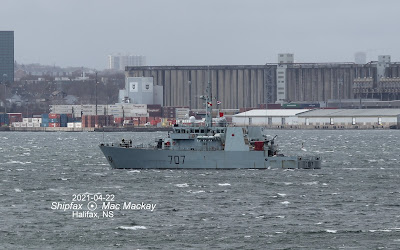 The Maritime Coastal Defence Vessel HMCS Goose Bay was one of at least four vessels of its class that have been exercising in local waters for the past few days. Kingston, Moncton and Summerside have all been in and out of port. 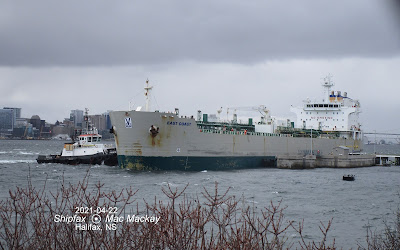 The tug Atlantic Oak works on the bow of the tanker East Coast as it gets underway from Woodside. Irving Oil's Canadian flag tankers usually trade within Canada, but this trip they are giving Boston as the destination. (Irving Oil has the ship on long term charter from the Dutch company Vroon, hence the the V symbol on the bow.) 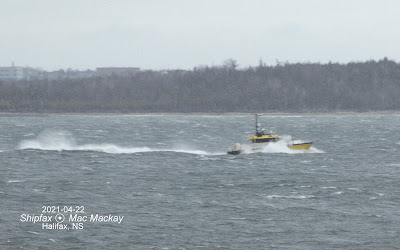 The pilot boat Captain E.T. Rogers was making a bit of spray as it headed out to disembark the pilot from the bulk carrier Rosalia (see April 17 post). 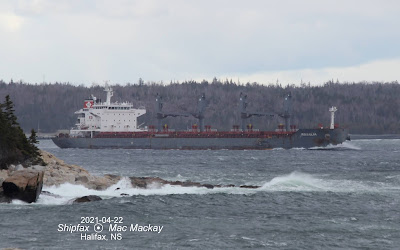 Now fully loaded with wood pellets, the ship is giving a destination of the River Tyne in England.
.