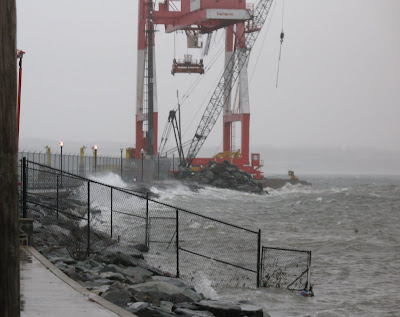 1. Storm surge at the Halterm breakwall this morning. 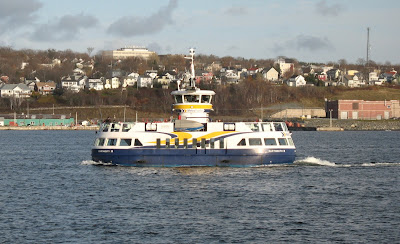 It is a rare day indeed when the Halifax harbour ferries are shut down due to weather. High winds and seas this morning resulted in the cancellation. Sustained winds of over 60 kph and gusts over 100 kph were recorded, combined with a storm surge.
No ships are due to arrive or depart today, but there is still activity in the harbour. The port's work boat Maintainer I was sent out to retrieve a drifting fender. The tugs Atlantic Oak and Atlantic Larch were dispatched to HMCS Preserver at the Shipyard to hold her alongside in the high winds. Reports are also coming in on damage to several timber wharves.
.
Posted by Mac at 9:11 AM