Back to the Basin

The action was in Bedford Basin this morning, with ACL's Atlantic Sail arriving for the Cerescorp terminal at Fairview Cove. 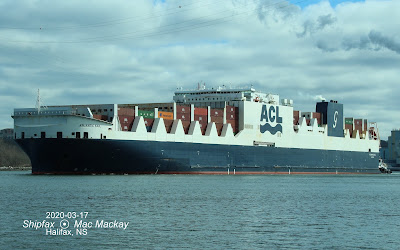 Second ship in the G4 series of ConRos, Atlantic Sail was out of service for eight months in 2019 for unspecified mechanical issues. It has been back in regular rotation since January 2020.

At anchorage in the Basin CCGS Louis S. St-Laurent was tied up with CCGS Edward Cornwallis transferring fuel. The Cornwallis will be going into a major vessel life extension (VLE) rebuild at Shelburne, so will not be needing much fuel in the near term. 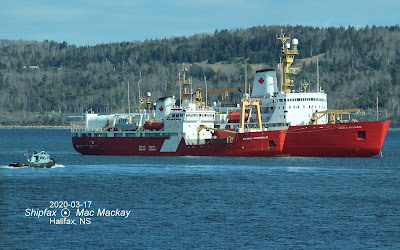 The navy pup tug Merrickville was likely tasked with positioning fenders between the two ships. 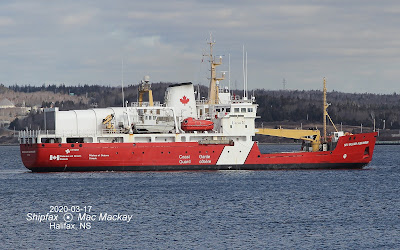 CCGS Sir William Alexander moved from BIO to an anchorage in the Basin. It may be getting some fuel too. As part of the Edward Cornwallis VLE it will be getting new lifting gear - maybe a crane like the Alexander.