Container ships seemed to attract the most interest in the port today, with two interesting arrivals.

First was the MSC Leigh. It was in port only long enough for the Canadian Food Inspection Agency to conduct an Asian Gypsy Moth inspection. Now that spring is here again (hooray) ships arriving in Canadian waters and that have been in the far east recently are subject to inspection in case they are carrying the AGM larva. The invasive species is devastating to North American coniferous forests. 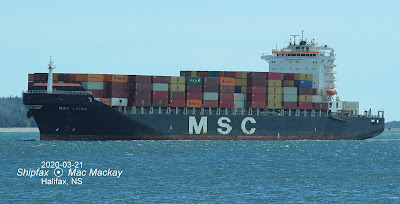 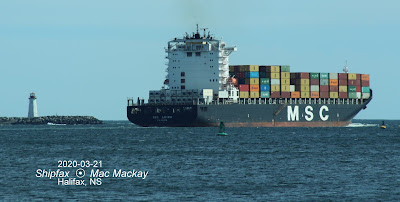 As soon as the ship had cleared inspection it was underway again for Montreal.  Note the after deck carrying reefers only. 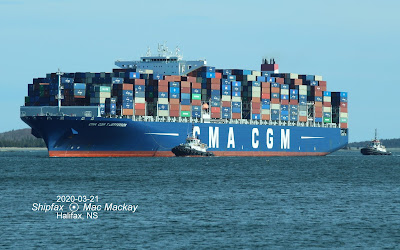 It is the first ship of more than 14,000 TEU capacity to call in Halifax and one of a couple of larger ships set to arrive on the Ocean Alliance AWE3 service between South Asia and East Coast North America in the next months. 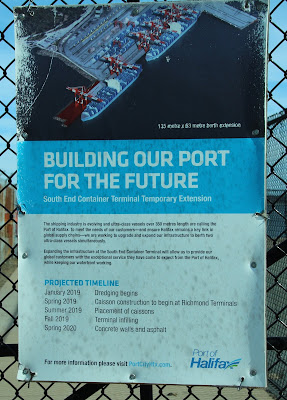 It was with ships of this size and larger in mind that the Port initiated the expansion of the South End container terminal. In order to accommodate two ships of this "Ultra" size [greater than 10,000 TEU] at the same time, pier 42 is being extended seaward. Work is progressing as per the posted schedule. The most recent tender for armour stone received only one bid, and that for $1,672,000.

The tender was received from Dexter Construction, part of the Municipal Group. They are the contractors for the work that is currently underway.