With very little news I can report on in the harbour and being confined to quarters, its time to delve into the shoe box again and see what comes up.

The Yugoslavian state shipping company known familiarly as Jugolinija was formed in 1947 with a rag tag bunch of old ships, but in a few years began to build up a new fleet, eventually utilizing the country's own shipyard "3 Maj", in Rijeka (now Croatia).

In 1958 they built a trio of modestly sized general cargo ships to operate between the Adriatic, the UK and other European continent ports. Named Bratstvo, Pobjeda and Sloboda they measured 1817 gt, 2337 dwt and were smart looking ships with some refrigerated capacity. They were equipped with bipod masts and eight derricks of 3 to 5 ton capacity. Propulsion came from a 3,000 bhp Sulzer main engine which was located amidships, producing a brisk 14.75 knots. 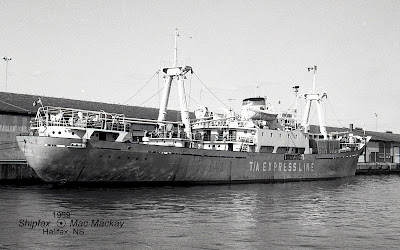 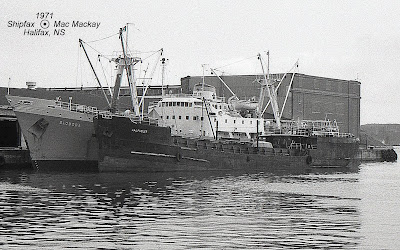 At some point the ships were shifted to Transatlantic service under the "T/A/ Express" banner. All three managed to achieve 20 years of age, but they were obsolete by that time.


With the breakup of Yugoslavia, Croatia became the seafaring nation, and its ships still trade world wide, however they are more likely to be bulk carriers.


* More on the Halfueler in the next few days. Stay tuned.