There has been a fair amount of navy off Halifax in recent weeks, with HMCS Moncton as one of the participants. It is always interesting to see the ship in different lightning conditions with its disruptive paint scheme, shown here before. 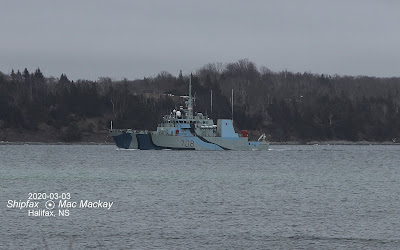 Another participant, after sending some munitions ashore at the Bedford Magazine was moved back to HMC Dockyard by tugs. 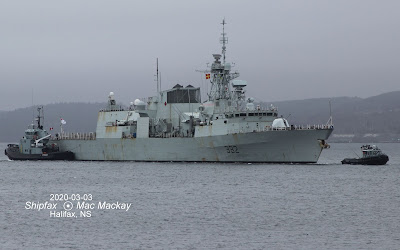 With Granville on the bow and Glenbrook on the stern, HMCS Ville de Quebec was looking decidedly seedy, with a lot of rust streaks, and a poorly housed anchor.

Meanwhile at HMC Dockyard, HMCS Toronto has been on the synchrolift and looks quite neat and tidy. 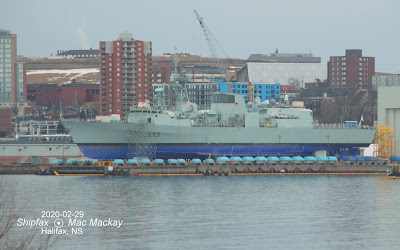