Grain, more grain, and oil - with a diversionary preface

There was not a great deal of port activity today, November 11, since most people took time off for Remembrance Day. It is a particularly poignant day for Halifax since lives were lost virtually within sight of the port during two World Wars. Every year there are fewer left who can remember the dark days of 1939-1945, so it is left to us children of the immediate post-war era to recall the sacrifices of our parents at home and overseas. Observing a couple of minutes of silence and contemplation on November 11 seems to me to be a small price for us to pay as beneficiaries. Regrettably many do not share this opinion placing commerce and pleasure first. 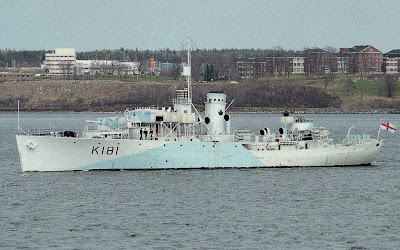 My direct recollections are of ships I saw that had survived the war and returned to normal activity afterwards. Fortunately we have two in Halifax, CSS Acadia which served in both World Wars and the former HMCS Sackville (now in refit), Canada's naval memorial. There are very few other surviving ships now. 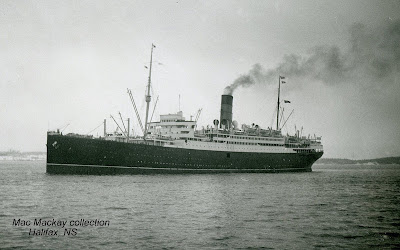 The first such ship I can recall seeing was RMS Scythia, a Cunard liner, built in 1921 that was pressed into troop service in 1939, was heavily damaged in North Africa in 1942, returned to work then became a war brides and refugee ship. After returning to normal passenger service in 1950 it was a regular caller in Canadian ports such as Quebec City, where I saw her as a small child, and Halifax. Late in life it became a refugee ship again, docking at Pier 21 in Halifax in January 1957 with Hungarians fleeing the communist takeover of their country. The ship was scrapped in 1958, having set the record as the longest serving passenger liner of the 20th century.

The fall is grain season as farms ship out their crops to all corners of the world. There is a particular rush on the Great Lakes as shippers push to get the cargoes out of the Seaway system before winter freeze up.  Thunder Bay is the major grain port and at this time of year there is a constant stream of ships loading and sailing with grain. Some of the grain is for Canadian use in flour and feed mills, and the familiar ship Algoma Mariner arrived November 10 at pier 26, with a cargo loaded at Thunder Bay on October 31- November 2. 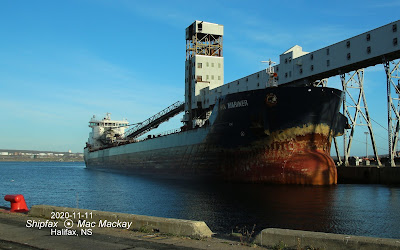 Showing many signs of an arduous season, the Algoma Mariner off loads at the Pier 26 grain terminal. The self-unloader was built in 2010 at Chengxi, Jiangyin, Jiangsu, China to maximum Seaway dimensions of 740' x 77'-11". It will complete unloading this afternoon and then move to National Gypsum to load again for the Lakes. 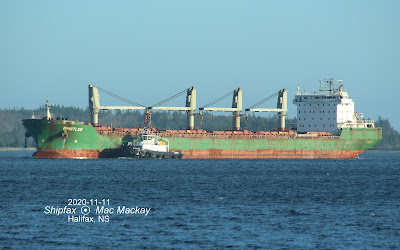 The ship entered the Seaway system October 25 with a cargo for Toronto. After unloading there it proceeded to Johnstown, ON where it loaded grain, sailing November 6. However it was not a full load, due to Seaway draft restrictions, so will top off to sea-going draft here.
This is the second trip the ship has made to Canada this year - it was in the Seaway/Lakes to Thunder Bay June 17 to July 6.
Oil
The demand for oil may be down due to COVID, but there is still a need, and Imperial Oil satisfies local demand with imported refined product from Antwerp, Belgium. The latest caller is BSL Elsa, which arrived November 10 at Imperial's number 3 dock. 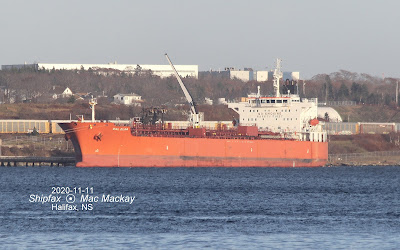