PSA Halifax was working two ships today, with lots of room at its newly expanded pier. 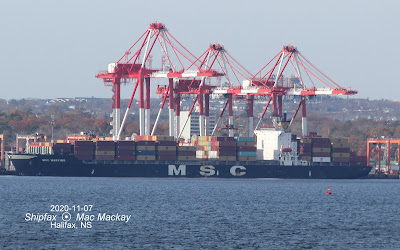 At pier 41 it was MSC Martina in from Sines, Portugal. A fairly typical MSC ship (generally older than average) it was launched by Samsung, Koje in 1993 as Hansa Atlantic, but delivered as Maersk Hong Kong. It only carried that name until 1997 when it became MSC Martina. It has a capacity of 3398 TEU, including 150 reefers and measures 37,398 gt, 43,346 dwt. 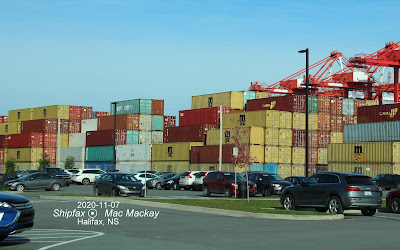 Although reports are that MSC is not yet fully committed to calling Halifax, it certainly appears to be having a major impact with PSA's laydown area chockablock with MSC boxes. Perhaps MSC Martina is also acting as a "sweeper" gathering up stranded boxes from the previous service disruptions. 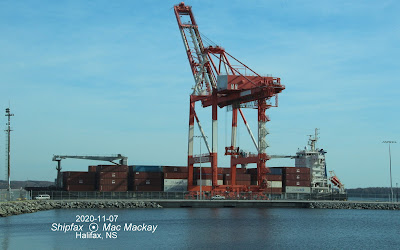 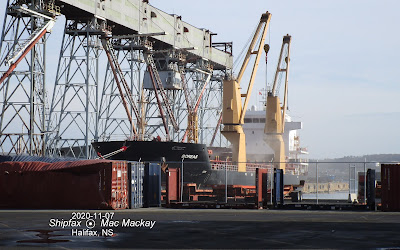 From the white colour of the dust the load appeared to be wood pellets.