The Halifax Port Corporation is responsible for most of the geographical area we know as the Port of Halifax. However they have contracted with the Halifax Regional Municipality for police services on their land and in the waters of the port. Until recently the boat unofficially named Garret Cotter, owned by the Port Corporation was operated by the police to perform some of the patrol duties. (Because the boat is under 15 tons gross, it is registered by the number only: C07536NS.) 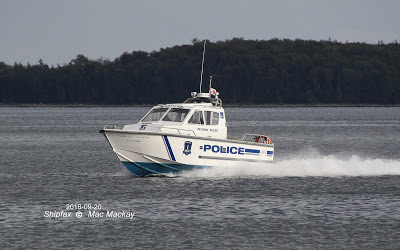 Named for the first chief of police for Halifax, appointed in 1864, the Garret Cotter was capable of a nice turn of speed if needed. Built in 2004 by ABCO Industries Ltd in Lunenburg, it is all aluminum with a 710 bhp inboard / outdrive.

This morning while doing my own patrol of the harbour I noted the Garret Cotter passing by, but now without its Police insignia. 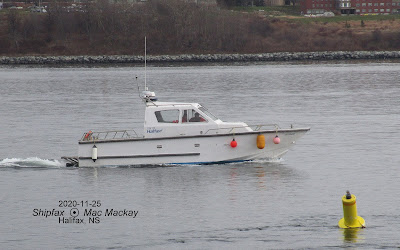 It appeared to be taking the place of the Port Corporation's workboat Maintainer I which could be out of service for regular maintenance. It later tied up at that boats normal berth. 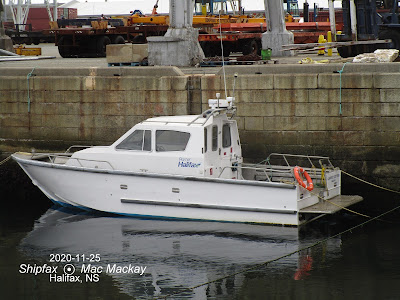 The regular workboat Maintainer I is used to carry out repairs to floating fenders and other infrastructure, and removed floating debris and deadheads as required.

I covered it and its predecessors in a previous post back in 2015:

.
Amendment
The Port also owns another vessel named (again unofficially) J.R.Mitchell , Official Number C14813NS. It is a passenger vessel that is used seasonally by the harbour master or others for facility inspections and dignitary tours. 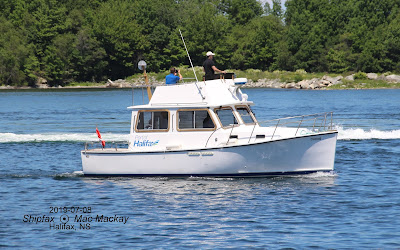