Built in 2000 by New Szcezecin Shipyard in Poland, the ship has carried six names over its lifetime, but has always been owned by Dohle Schiffahrt (Peter Dohle). Of 16,803 gross tons and 16,803 deadweight, it has a capacity of 1730 TEUs, including 250 reefers.

This is its second voyage for Melfi Lines, which seems to be using ships on short term charters, rather than committing to longer term arrangements. 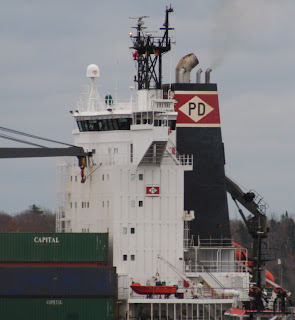