The lobster season from Halifax around to Digby started to day when good weather finally dawned. The start was to have been Monday last, but bad weather made it too dangerous to set the first traps. Fishers pile their boats high with traps to set on the first day, and they become very unstable in high winds and seas, and could be the cause of serious accidents or loss of life. 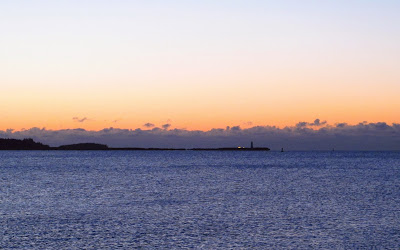 1. Sunrise saw clear skies in Halifax. Lights from the tanker Mount Kibo at anchorage B outside the harbour, shine over the breakwater at Meagher's Beach.

Fisheries and Oceans Canada and the Coast Guard had most available resources on the water for the early morning start, including the newly commissioned CCGS G. Peddle S.C. and CCGS Edward Cornwallis from Halifax.


2. CCGS G.Peddle S.C. seen on November 14, was among the craft standing by for the opening. 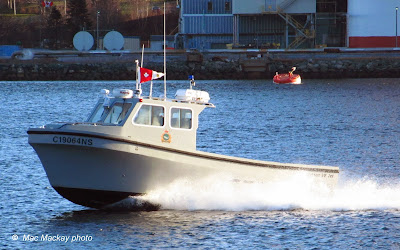 3. Once the day was underway, this unnamed Fisheries and Oceans Canada boat returned to base at BIO. The 30 foot glass fibre jet boat was built about 2011 by Samson Enterprses. 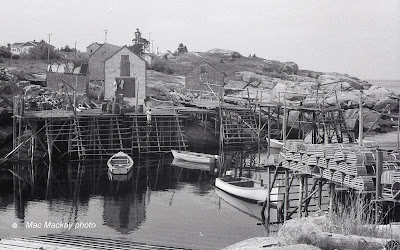 4. Rustic scenes such as this 1971 view of Portuguese Cove may be rarer in Nova Scotia these days, but the six month long lobster fishery is still the lifeblood of many communities on Nova Scotia's coasts.