Algoma Mariner will complete unloading its grain cargo this evening and will sail at midnight.. 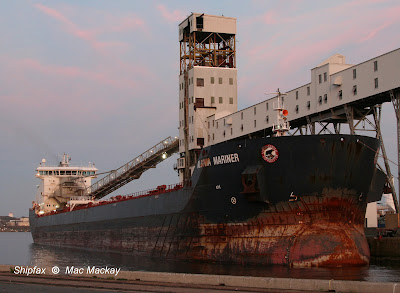 Torino made a stopover at pier 31 en route to Autoport. It unloaded a score of timber harvesting trucks and other oversize cargo. 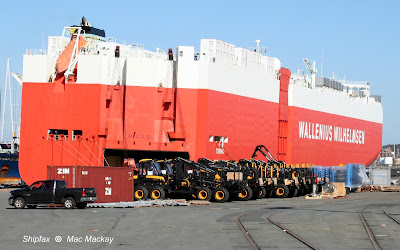 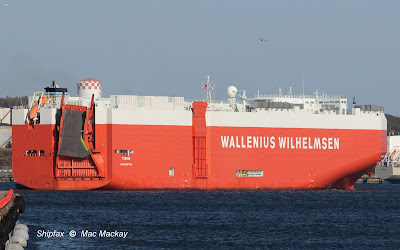 The ship's particulars were given here on its last call May 28.

Meanwhile at pier 28, BBC Maple Lea arrived with an unsual deck cargo of several yachts. They do not appear to be for Halifax however, since the cargo being unloaded is coming from a hold. Numerous large crates and several metal fabrications were quickly off loaded to a dozen or so trucks. 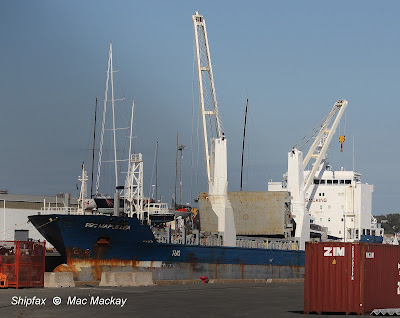 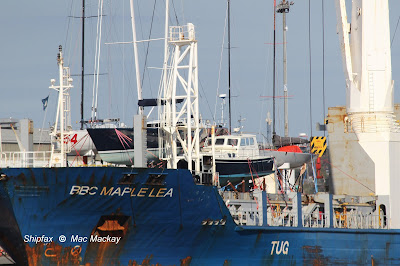 BBC Maple Lea is one of those ubiquitous former Beluga ships. Built as Beluga Flirtation in 2007. When Beluga collapsed, it became Thorco Horizon in 2001, then Maple Lea in 2012. It received its current name in June of this year. Qingshan, Wuhan, China turned out the ship and fitted it with a pair of 120 tonne cranes that can combine for a 240 tonne lift. The ship itself measures 9611 grt, 12,719 dwt. [See Footnote 1] 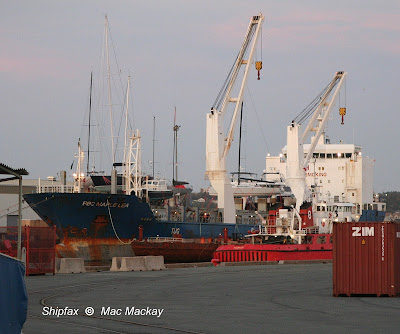 Later this evening some cargo will be off loaded to the barge NT 1509 which arrived in tow of the tug Keewatin October 8 see: Tugfax


Meanwhile there were two tankers at Imperial Oil:

STI Seneca is a nearly new tanker, emerging from the Hyundai Mipo yard in Ulsan in June of this year. Of typical handy size it measures 29,785 grt, 49,990 dwt.Owners Scorpio Tankers are based in Monaco. Tye operate more than 75 owned tankers, totaling in excess of 4.9 mn dwt. They operate another 17 tankers of more than 1mn dwt and have several more on order. More on them here: Scorpiotankers.com

At the number 3 dock next astern, is the Irving charter East Coast ex Nor'Easter. Also a product of Hyundai, Mipo, but in 2005, it now sports an exhaust scrubber (previously covered here .)

Last arrival, at dusk, was the tanker Acacia Noir. The appropriately named ship is carrying a cargo of asphalt for McAsphalt Industries. It used the western channel inbound, giving the straighter eastern channel to the outbound Maasdam, and thus a rare starboard to starboard passing. 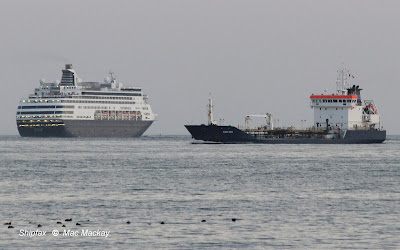 One of the smallest tankers to visit Halifax at 3,923 grt, 5,895 dwt Acacia Noir was built in 2004 by Selah Makina in Tuzla, Turkey. It is operated by Wisby Tankers AB of Lidkoping, Sweden. Built as Mar Paula, the ship took its present name in September this year. Its last port was Paulsboro, NJ, home of the independent PBF Energy refinery.

Footnote 1
On February 17, 2013 the ship, then called Maple Lea had mechanical problems off Cape Breton and was taken in tow. It then became stuck in ice. While breaking ice around the ship CCGS Louis S. St-Laurent "made contact" and both ships sustained hull damage. The owners took action in the Federal Court against the Crown. I have not heard if the matter has been resolved.
Posted by Mac at 5:41 PM