Among the several oversights in the last few weeks, I neglected to mention that the newest addition to the Halifax harbor ferry service, Craig Blake entered service in September. 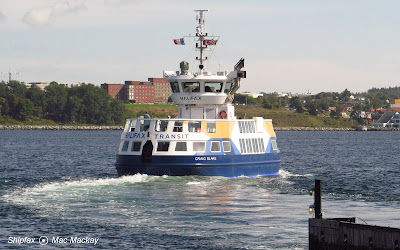 So far the new boat has been running mostly on the Woodside to Halifax run, with Christopher Stannix, but as with all members of the fleet, it could run on either the Woodside or Alderney route. 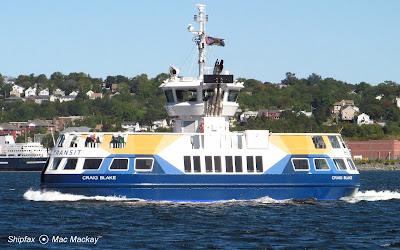 To see some of those previous colour schemes refer to these posts: