With ten arrivals and six departures, today was an unusually busy day for a Sunday. Tomorrow, although it will be a holiday, Canada's Thanksgiving Day, the port promises to be even busier, so I will cram much of today's activities into one post.

The early riser was rewarded with an impressive sunrise, even though cloud cover actually blocked out direct sunlight for the rest of the day. I like sunrises, but don't usually see them unless they coincide with ship arrivals. 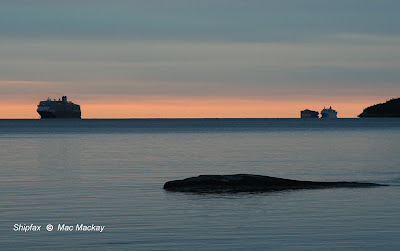 A triple arrival at sunrise was worth getting up for, so I took it in this time. In the lead, Eurodam was followed by Albatros and finally CMA CGM Tancredi. 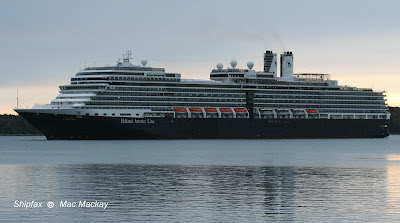 Eurodam is a regular caller in cruise season, but on departure passengers were given a pair of treats. First was Atlantic Oak going full speed in reverse. The tug was outbound to meet the arriving OOCL Washington (see later) and because of that timing, Eurodam took the western channel, giving the second treat coming close to the shore off York Redout. 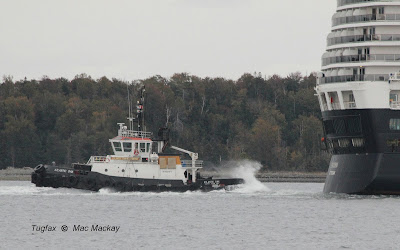 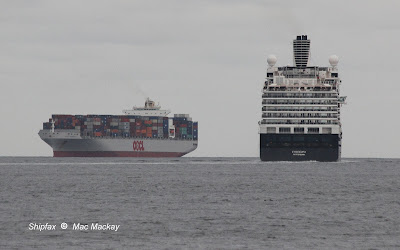 Next inbound was Albatros. 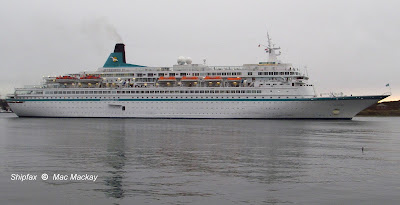 Albatros came in east of George's Island to tie up at pier 20. 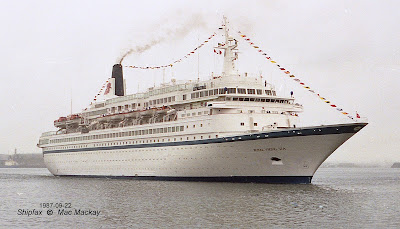 Royal Viking Sky was one of the best looking ships of its day.


The albatross was thought to be the bearer of bad luck by ancient mariners, but it must have been good to current operators Phoenix Reisen, since this is the second ship to carry the name for them. 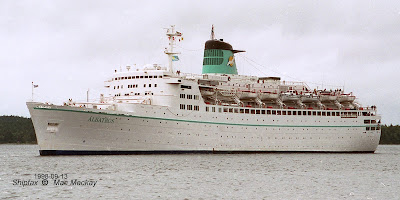 The first Albatros' ancestry was well hidden by many changes to convert it to cruising.

The first Albatros was also a veteran. Built on the Clyde in 1957 by John Brown as Sylvania, it was the last of four Cunard transatlantic liner sisters initially operating to Quebec and Montreal in summer and Halifax in winter. It was also given the R.M.S. designation as it carried mail on its regular liner service.

In 1961 it was transferred to year round operation Liverpool to New York, It was sold in 1968 becoming Fairwind, the Sitmar Fairwind in 1988, Dawn Princess in 1988 (and refitted for cruising), and Albatros in 1993.
In 2003 it was renamed Genoa for its trip to the breakers in Alang, arriving there in December of that year. 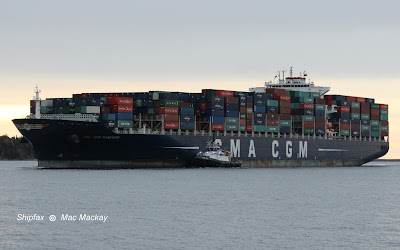 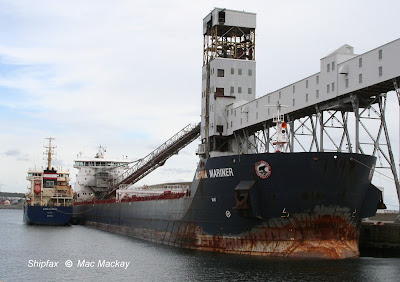 A rare arrival for Halifax in recent years, is a ship with grain. Algoma Mariner arrived from the Great Lakes mid-morning and began to unload what seems to be a partial cargo. Before unloading operations began, the ship bunkered from fleet mate Algoma Dartmouth. 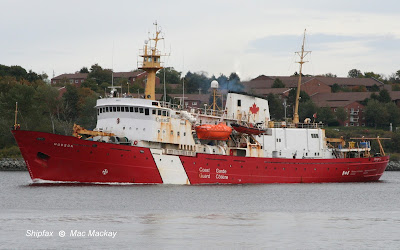 No matter that she is old and worn, Hudson is still a classy ship.

After hydrographic work south of Nova Scotia CCGS Hudson returned to the Bedford Institute. I will be sad to see this classic ship go, which it will do, probably next year*, when its replacement is completed. First steel for the new ship was cut by Seaspan in Vancouver in June. [*Oops, replacement due in 2020 ar the earliest - see comment below. First steel was cut of the trawler type researchers.] 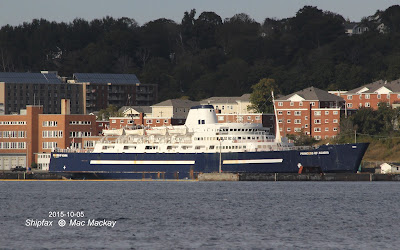 Speaking of classics that will go: Princess of Acadia remains tied up at the old Coast Guard dock in Dartmouth, but has been kept in ready condition. It was said that this was to enable the ship to sail to the breakers under its own power, and that will likely be the case. But in the meantime, as reported by the Ottawa Citizen, the ship will be used in naval exercises starting next week. It will pose as a "vessel of interest" in counter-terrorism training operations south off Yarmouth. 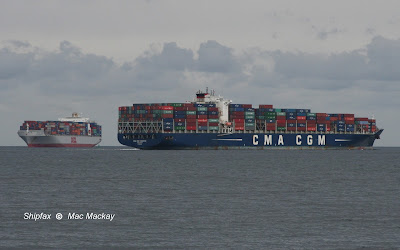 Last inbound ship of interest for me was OOCL Washington, which arrived for Halterm, taking CMA Tancredi's berth. (It took the western channel to allow room for the inbound.) 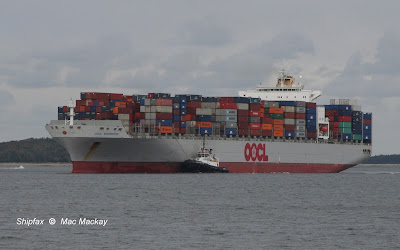 The OOCL ship called here for the first time September 29 at Fairview Cove on the G6 westbound service. Now that it has discharged at US ports and is on the return eastbound leg, it is high in the water, and berthed at Halterm to avoid bridge clearance issues. Built in 2010 by Samsung Shipbuilding and Heavy Industries in South Korea, it measures 89,097 grt, 99,631 dwt. Its container capacity is 8,063 TEU, including capacity for 1400 reefers.