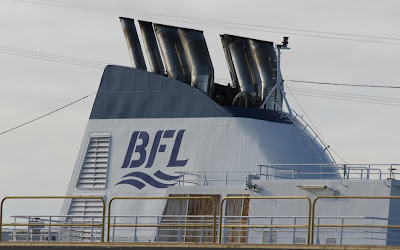 According to today's news the Province of Nova Scotia has ended its relationship with Nova Star Ferries, bringing to an end a costly two year experiment in running a ferry between Yarmouth, NS and Portland, ME. 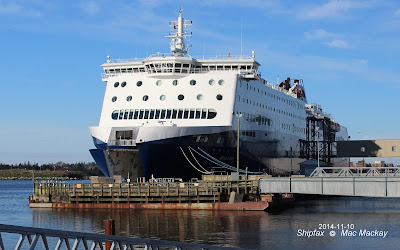 Negotiations are now under way with Bay Ferries Ltd, the winning proponent from four respondents to an invitation from the Province for next year's season. The timing is cutting it quite close. As far as I can tell it is already too late to do complete promotion for next year as it is. Then there is the issue of finding a ship that could enter service on time in the spring of 2016.

Since the ship would be trading internationally, it would not have to be registered in Canada or the United States, which might simplify things.  But there would certainly be some refitting and re-branding to do.
It took nearly six months to transform Blue Star Ithaki into Fundy Rose. Some of the work was related to Canadian regulatory compliance, but also involved engine rebuilds and new catering facilities, furnishings and other upgrades.

Let's hope that a suitable ship can be found, that it enters service on time, that it meets financial expectations and that it moves out of the political realm. (Oh and that it gets an appropriate name---Please!)