Princess of Acadia sailed for the Yarmouth area to participate in a naval counter-terrorism exercise.

Something of a sad sight, the run down Princess of Acadia is still elegant as it sails out at noon.

What the fate of the ship will be after the exercises is pretty certain except for the details. The ship will be heading for the scrappers, likely in Turkey, but the only question is when.

Squeezing in to a familiar berth at pier 23, Saga Sapphire took a tug to do it, since Pearl Mist was at pier 24 following an unscheduled overnighter due to weather. After Pearl Mist sailed, there was a clear view - except for a number of speculative gulls. 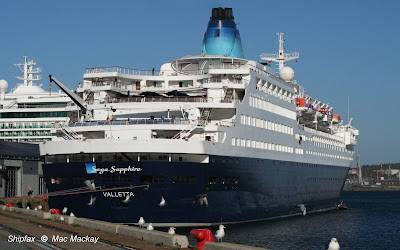 Stern in at pier 23, with Serenade of the Seas in the background at pier 22.

In its earliest iteration as Hapag-Lloyd's Europa, this was also the ship's usual berth, and it was also an over night caller in those days, and often the last ship of the cruise season. 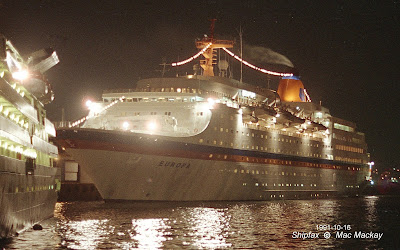 Built in 1981 for Hapag-Lloyd by Bremer Vulkan, Vegesack, the ship took the name of its illustrious predecessor, the lovely former Kungsholm. While it didn't have the clasic looks of that ship, it was still a striking looking ship of 37,012 grt. 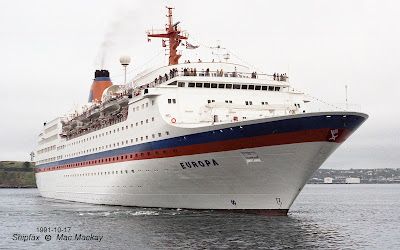 Hapag-Lloyd moved on with another Europa in 1999 and this ship was sold and carried several names since, finally ending up under Acromas Shipping's banner in 2012. See Wikipedia's potted history:
MS_Saga_Sapphire

Saga Sapphire will also stay overnight, so there may be a chance for a photo again tomorrow.


I couldn't resist dipping into the files for Hapag-Loyd's previous Europa simply because it was such a beautiful ship.

This Europa was very little changed from its days as Kungsholm when it called in Halifax in 1978. Hapag-Lloyd had initially painted the ship's hull black, but it had really meant to be white, just as it was when built, and so it was repainted and started the 'modern' Hapag passenger colour scheme. Wisely they did not add the blue painted cap to the funnels, which were among the most beautiful ever applied to a ship. 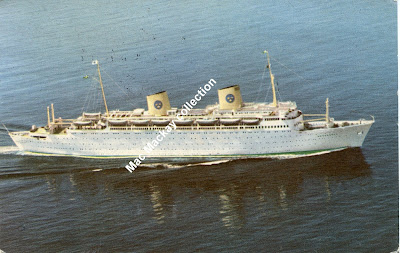 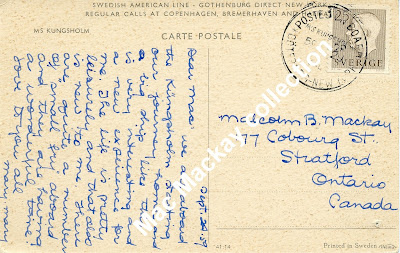 For those of you who are wondering - no I never throw anything out.

Kungsholm was built for Swedish America Line in 1953, became Europa in 1965, and Costa Line's Columbus C. in 1982. After striking a breakwater at Cadiz in July 1984 it sank and was declared a total loss. It was raised and broken up at Barcelona in 1985.