TEUs, seacans and other boxes

Shipping containers seem to be omnipresent these days, particularly on the Halifax Waterfront. Tonnage figures are sluggish again this year for container traffic - they have picked up to 2014 levels, but those were dismal. Even so there are thousands of containers in an around the port. 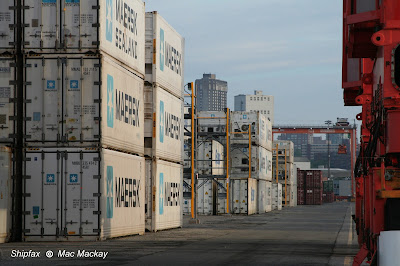 These seagoing boxes have picked up various names over the years - "seacan" seems to be the prevailing term these days. But no matter what they are called they are becoming common sights in non-seagoing locations due their convenience, adaptability and low cost for used ones. Portability is the prime motivation for their use in several installations in Halifax. They seem particularly appropriate for seasonal waterfront installations such as the following: 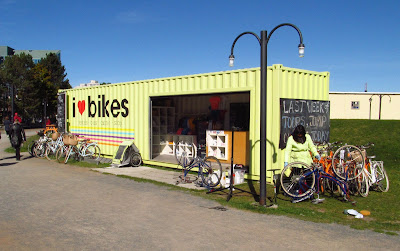 This bicycle rental uses a 40 footer (2TEU) as sales and rental office, workshop and over night storage. 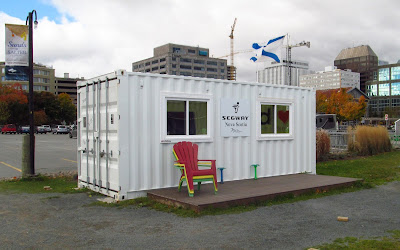 Right across the path, this more modest TEU offers Segways for rent (in season). This is a non-standard seacan, with doors on both ends. 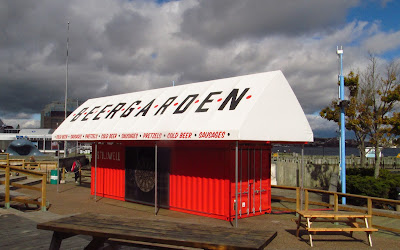 This highly customized container houses a bar and has a cooler unit to store is product, and a food prep area, all squeezed into a single box.It also has doors at both ends. 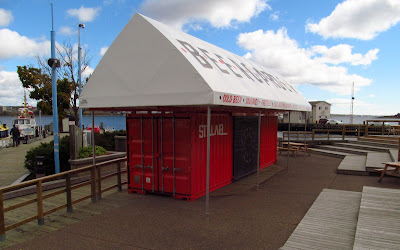 It gives an entirely new definition of the term "beer can". 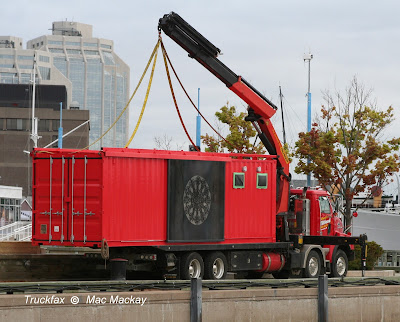 The container (this is the back side of it) arrived on an Atlantic Tilt Load boom truck and was dropped into position by boom crane. The small openings with green outlines are where two package air conditioners were installed for the coolers. 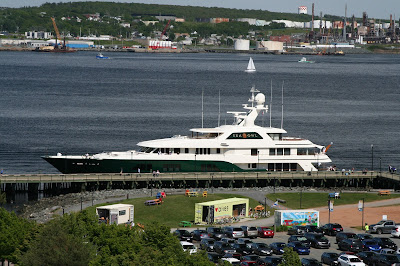 So far the cans are just scattered around - no one has stacked then (yet). 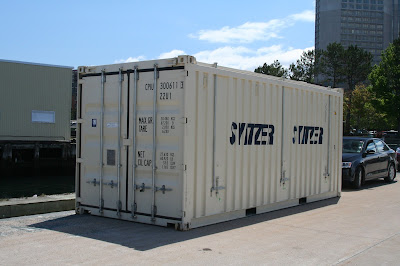 This custom container was sent to the far north by Svitzer Canada on the deck of one of their tugs, to be used as an equipment shack during the summer season.

They are also somoetines put to alternate use on ships. 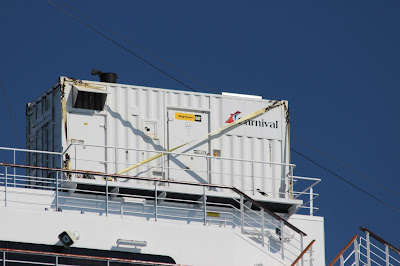 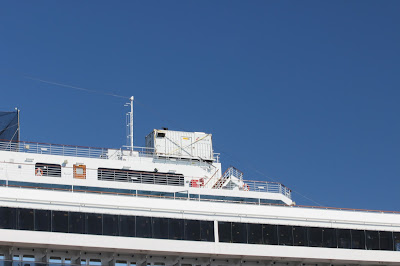 Then there are mystery containers: 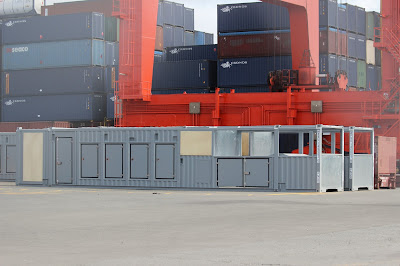 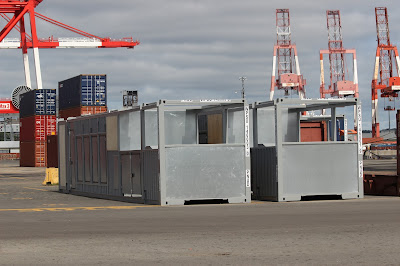 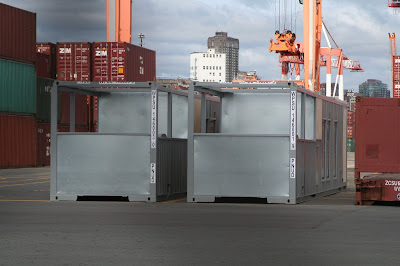 These strange cans arrived by ship and were whisked away by truck in short order. The reporting marks WPSU have so far not been traceable.