Shipfax is normally more interested in ships than the shipping business, but a few recent developments have come to our attention. 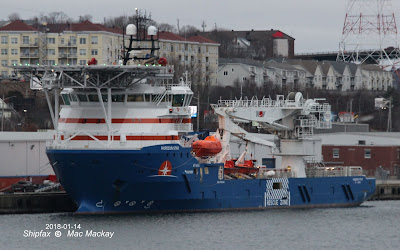 Horizon Star is the first owned ship in the Horizon fleet.

Horizon Maritime based in Halifax, had been hopeful of a takeover of Nordic American Offshore. NAO, publicly listed on the NYSE, is an offshoot of Nordic American Tankers and operates 10 supply vessels, mostly in the North Sea. The deal was on again, off again recently, and this week it was announced that NAO has left Horizon at the altar and eloped with Scorpio, an Italian tanker company owned by Emanuele Lauro.  Lauro adds NAO to Scorpio's small offshore startup that has two PSVs and some crew boats. 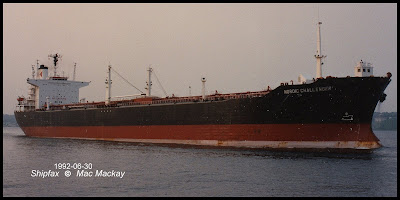 
The takoever would have given Horizon an entree into North Sea work and access to more modern vessels, but  there are many more fish in the pond. As the offshore market is showing signs of recovering from a major slump, prices are likely to go up however. The more important aspect I think would have been access to capital and a potential NYSE listing for Horizon/NAO. 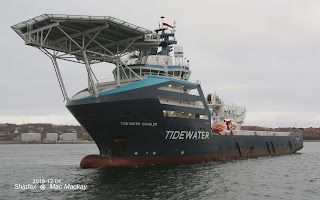 The recentkly acquired Horizon Enababler is the former Tidewater Enabler.

Horizon operates two ships of its own and charters two from Tidewater. The latter two however will soon be out of work in Nova Scotia as BP's drilling program has ended, save for capping the one exploration test hole.

The deal would have given Horizon better footing against competitors such as Siem's Canadian business, operating as Secunda Canada LP which operates a small fleet with four OSVs operating out of Halifax and two out of St.John's. 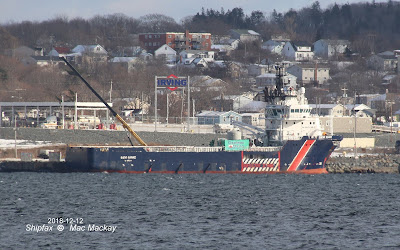 Despite the Irving Oil sign in the background, Siem Hanne is at the Mobil dock in Dartmouth this morning taking on material for its work in offshore de-construction. It carries a dominion Diving container on deck to support ROV work.

Siem Offshore is part of the Siem Industries group of autonomous subsidiaries including shipping and industrial concerns, based in the Cayman Islands, but essentially Norwegian. Maersk Canada - another competitor is Danish and is owned by the Moller family, also owners of one of the largest shipping companies in the world.

Atlantic Towing Ltd, part of the J.D.Irving group of companies is an independent, based in Canada. 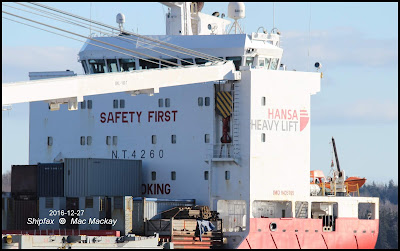 Hansa Heavy Lift (HHL), based in Hamburg, Germany filed for insolvency December 10. The company was backed by funds under Oaktree Capital Management which has now thrown in the towel. HHL is down to five ships, one of which has been detained in France. It has 18 ships earlier this year according to reliable sources.

HHL was originally formed using some ships from the short lived Beluga Shipping, founded in Bremen in 1995 and wound up in 2011, with Oaktree as its principal shareholder. Beluga built up a fleet of 70 heavy lift ships and was held out as an innovative and public spirited company, however its collapse was also tainted by allegations of fraud against its managers. 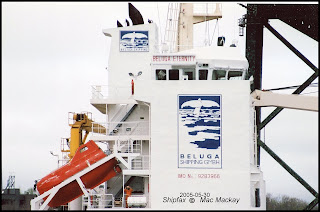 Transport Desgagnés had a working relationship with Beluga and then HHL and operates several ships built under Beluga's building program. This past summer Desgagnés hired HHL New York to fill in when one of its own ships was late returning from a charter. HHL New York carried a project cargo consisting of a 110 tonne generator and several heavy plant modules from Becancour, QC to Rankin Inlet. The ship is fitted with a pair of 400 tonne cranes.
Desgagnés has more recently seen its dry cargo ships working off season with Briese's BBC Chartering. 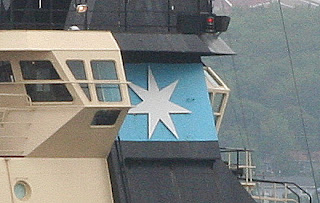 After shedding a pair of older suppliers earlier this year, the St.John's based company has now added a new monster supplier from parent company Maersk Supply AS of Denmark. Maersk Mobiliser was delivered by Kleven Werft AS, Ulsteinvik at the end of October, and was registered in St.John's, NL on December 11. The huge vessel measures 10,181 grt, 4,900 dwt and has a 260 tonne bollard pull, and is equipped to operate an ROV in harsh environments. It is the fifth in a class of six Starfish vessels built for Maersk. It is reported that the ship has been contracted for drilling support and ice management by a major Canadian oil company. It is suspected that the sixth vessel, to be delivered mid next year will also follow to Canada.


K+S and Belships
The handysize / supramax bulk carrier Belnor arrived in Halifax last night and tied up at pier 9C, loaded with salt. Built in 2010 by Yangzhou Dayang, it carries four cranes and grabs. Its last port was Caleta Patillos, Chile, which barely qualifies as a port. It consists of a giant conveyor system projecting out over the sea, where ships are secured by a spread of seven or more anchors and must winch themselves back and forth to load. However it is the loading port for a huge salt mine owned by K+S AG of Germany, one of the major players in the salt and phosphate business. K+S acquired Morton Salt in 2009 and Potash One in Saskatchewan in 2011. Its history goes back to the 1890s when potash came into use as a fertilizer. It later acquired salt mines, becoming Kali und Salz. 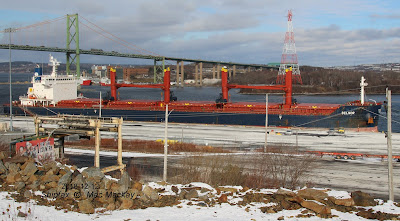 The ship is owned by another legendary company, Belships, founded by the Norwegian former naval officer Christian Smith in 1918. An early pioneer in heavy lifts, it specialized in transporting complete railroad locomotives, something never done before. The company has been saved and re-formed more than once during depressions, recessions and wars (both international and internecine) , to survive as Belships. It got out of heavy lifting in the 1970s and now has a fleet of five bulkers and two on order, chartered to Canpotex (the Saskatchewan potash marketing arm) and Cargill.
Belnor is time chartered to Canpotex until mid-2020, but as we can see it does back hauls that are not potash, to make for profitable use.


Grain Trade
Continuing from yesterday's post about Algoma's newest tanker Algonorth,  the company is still very much in the bulk trades, and its Radcliffe R. Latimer arrived last evening with a cargo from the Great Lakes. likely Thunder Bay. This is probably the last grain cargo for this year from that destination as the St.Lawrence Seaway will be closing December 31. (While Algoma is heavily involved in the domestic grain trade, its international fleet of self-unloaders, pooled with CSL, carry only minerals such as sand, aggregates, coal, and gypsum. ) 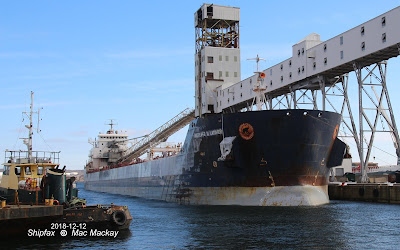 Radcliffe R. Latimer self-unloads its cargo at pier 25-26 while McNally Construction sets up at pier 24 for Phase 1 dredging at pier 42 Halterm.

Halifax is a very minor of player in the grain trade, with most of the inbound cargo consisting of feed stock for local consumption. Grain also arrives by rail and yesterday's sailing of the Nirint ship Augusta Sun with a load for Rotterdam indicates that the grain elevator facility still has some utility for export.
Phase 2 of the Port's Halterm expansion, which will fill in the space between the finger piers, will mean that the current grain export galleries will no longer be accessible to ships. It may be possible to somehow rebuild the import facilities at pier 25-26 to export grain too, but that would be a major investment for a minor amount of business. 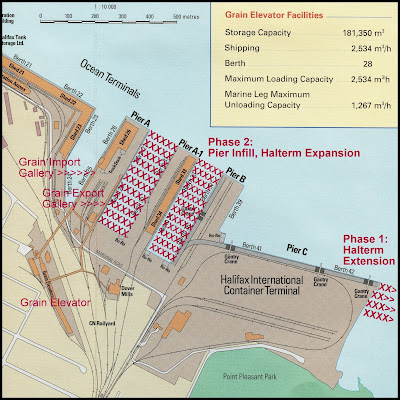 As I understand the port redevelopment proposal, filling in the space between the finger piers would create more land for the Halterm container terminal, but would effectively cut off the the grain export trade.