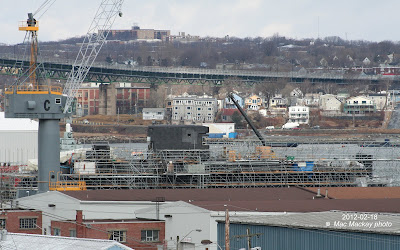 1. In February the cocoon that covered the sub all winter began to come off. 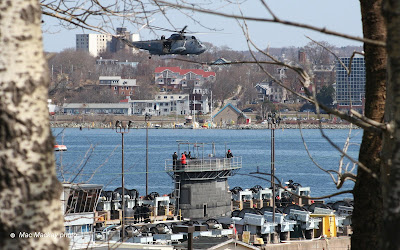 2. Once afloat in the synchrolift slip there was a fly past by a Sea King helicopter. 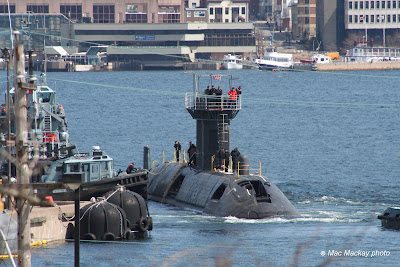 3. Tugs gingerly moved the sub around the end of the synchrolift to bring it alongside its fitting out berth. 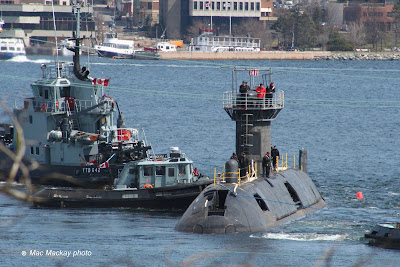 4. Despite my secret camouflage vantage point, there was no avoiding power lines and wires.

After an age on the synchrolift HMCS Windsor is back in the water again today. The former HMS Unicorn, acquired by the RCN in 2001 and commissioned in 2003 has been in refit at HMC Dockyard, and out of the water, since 2007.
It may re-enter service by the end of 2012.
The slow process of lowering the boat down into the water and easing it out and alongside a jetty took all morning, and was ably handled by three Dockyard tugs.
.