The tanker CL Aquarius (ex Nore, etcc., [see previous posts] sailed this evening for Vancouver via the Panama Canal. It seems likely that Vancouver will be its final destination, although they will face stiff competition from Seaspan's Marine Petrobulk barge based refueling service if that is its new home port. 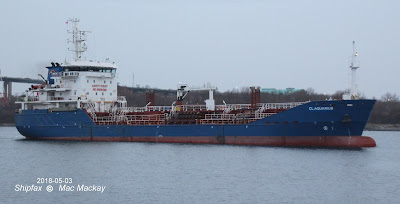 Demand for sophisticated bunkering contracts, especially from cruise ships is on the rise and perhaps that is what is behind the move of whoever the ship's new owners might be. They may be able to use the ship to import bunkers from nearby US sources and transfer it to ships in Vancouver. They could also bunker ships in open roadstead anchorages. 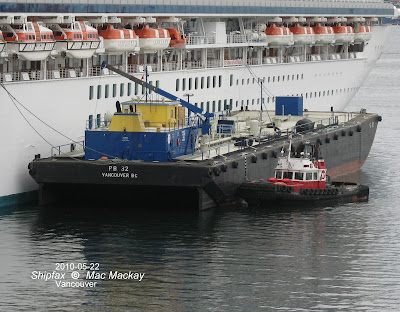 The Port of Prince Rupert (odd as it may seem, an important competitor with Halifax for Asian traffic) has no ship bunkering service, one of the few ports of its size without it. A proposal has been made to service ships by barge, carrying rail cars, piped together. This seems an odd way of delivering fuel, but seems to have the financial backing to carry it out. 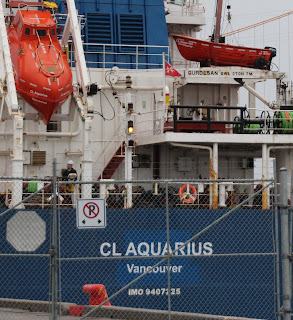 While the ship's crew has renamed the ship and its lifeboat and even its paint skiff, no one has lowered the Maltese flag yet. Perhaps just an oversight?