Return of the Arsos and Asuka II

Two ships whose names coincidentally begin with the letter A are returning to Halifax after long absences. 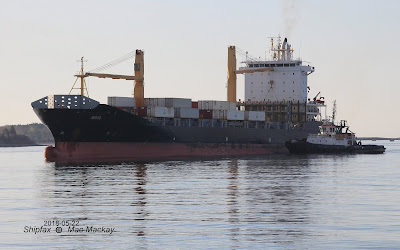 First in this morning was the container feeder ship Arsos which is now serving ZIM'S new Canada-Florida Express, which extends to the Kingston, Jamaica hub. It made its first visit in that service April 10. The ship was last here in 2010 on a short lived CMA CGM feeder service called Gulf Bridge - also running to Kingston, Jamaica. 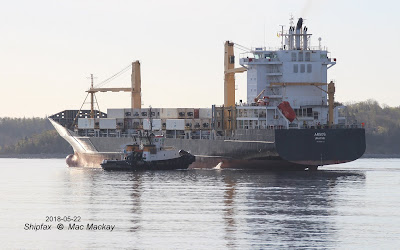 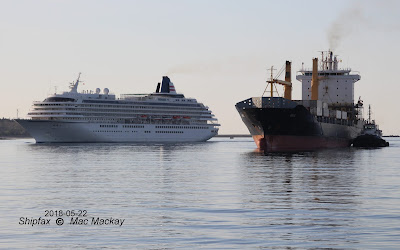 Following shortly after was the cruise ship Asuka II. It was here previously as Crystal Harmony, a name it carried until 2006. It was then transferred from Crystal Cruises to parent company K-Line and renamed. 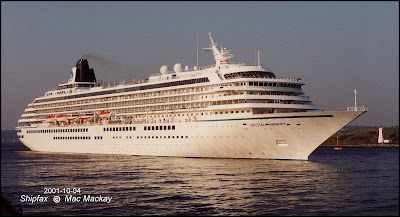 When Mistubishi Heavy Industries of Nagasaki built the ship in 1990 it was registered at 48,621 grt, Following a refurbishment in 2006 the tonnage was revised to 50,142. There are few outward signs of that refit, but the two red stripes previously found at the foot of the signal mast forward have been transferred to the funnel, replacing the Crystal logo. 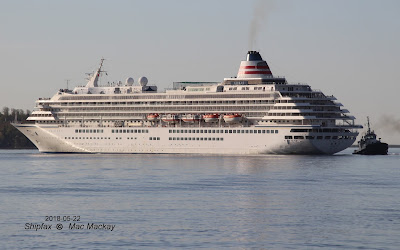 It is rare for cruise ships to take tugs, but this time the Atlantic Bear assisted the ship in turning off pier 22 and then moved around to push it alongside. 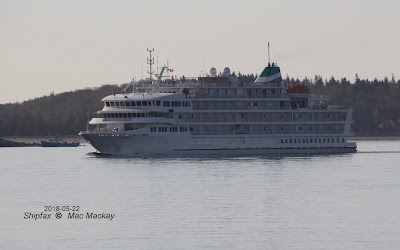 Other arrivals this morning included Pearl Mist, a yearly caller. Initial construction was completed by Halifax Shipyard in 2009, but a lengthy dispute saw the ship laid up then refitted in the United States before it entered service in 2014. It will spend the summer cruising the Great Lakes.

The first ship to arrive this morning was Oceanex Sanderling. It does not usually arrive this early in the week, but it will make two trips to Newfoundland this week instead of the usual one.It is scheduled to sail later today and again on Saturday. 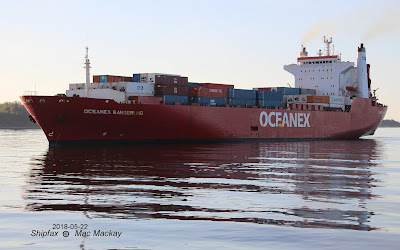 It is one of the few ships in the world to carry 53 foot containers. Boxes of that size are usually restricted to intermodal (road and rail) service. Note the Canadian Tire and Oceanex 53 footers in the third, fourth and fifth stacks aft of the bow.