As soon as Oceanex Sanderling had completed offloading its containers and RoRo cargo at pier 41 this morning (see previous post) it moved over to Autoport before noon.  When it sailed this afternoon there were no containers on the weather deck - it was jammed with cars. 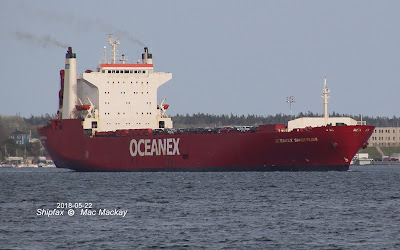 Harbour watchers can't recall when the ship sailed with such a large load of cars (and pick-up trucks) and particularly on the weather deck. It is well known that Newfoundland has a large demand for rental cars in summer and that combined with the usual demand for new cars, are the reason for this mid-week trip. 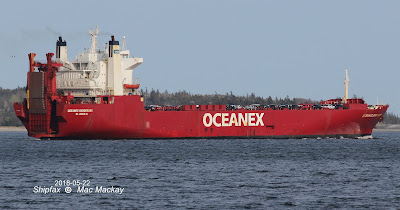