A delightful looking vessel is tied up at the Maritime Museum of the Atlantic. Since yachting season is well over, it is unusual to see a pleasure craft there at this time of year. However this is not an ordinary pleasure vessel. 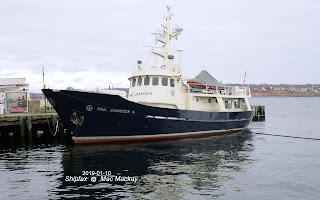 Cross moored at the Maritime Museum of the Atlantic.
Paul Johansen is one of a class of thirteen boats built between 1963 and 1972 for the Norwegian Society of Sea Resuce and was intended to brave adverse conditions. In fact this one was based in the far north at the fishing port of Grylleford/Senjahopen (Troms).

It came from the Smedvik shipyard in 1970 and is powered by two Detroit diesels of 264 bhp, and is fitted with a bow thruster and stabilizers. The steel hull is rated ice class "C" and the superstructure is aluminum. It sleeps six and is equipped with all the expected amenities. 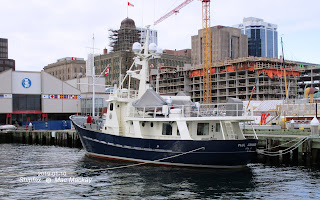 Except for construction activity aboard CSS Acadia and the new Queen's Marque project, the Museum pier is otherwise idle for the winter.

After service with the Society it was owned from about 1990 by Simon Mokster Co of Stavanger, but since 1996 or thereabouts it has been in private ownership in Washington State. Used for pleasure and for chartering it has apparently travelled widely. 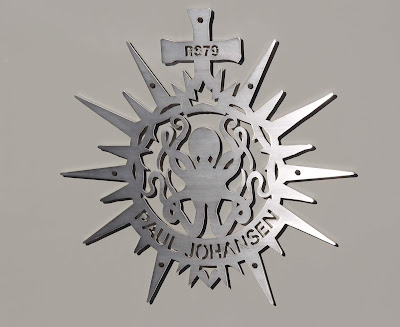 The current owner commissioned this emblem which also carries the boat's former rescue service number RS79. There is a more detailed description on the boat's web site.

I first spotted the boat in Lunenburg in 2017 while it was undergoing a refit, which seems to have been completed this fall. 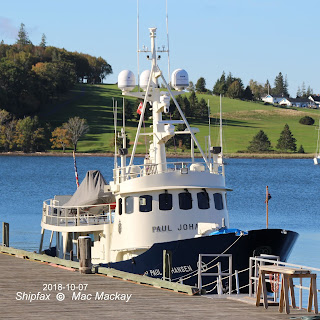 There is a website for the boat, but it is quite out of date. Perhaps there will be some revisions now that the boat  is back in service. From other sources the boat also appears to have been transported by heavy lift ship in 2016, but from where to where is a bit of a mystery. Perhaps west coast to east coast.