With many people off for a long Easter weekend, most ships continue to ply their usual routes. Not Algoma Dartmouth. This afternoon the harbour bunkering tanker sailed for New York. 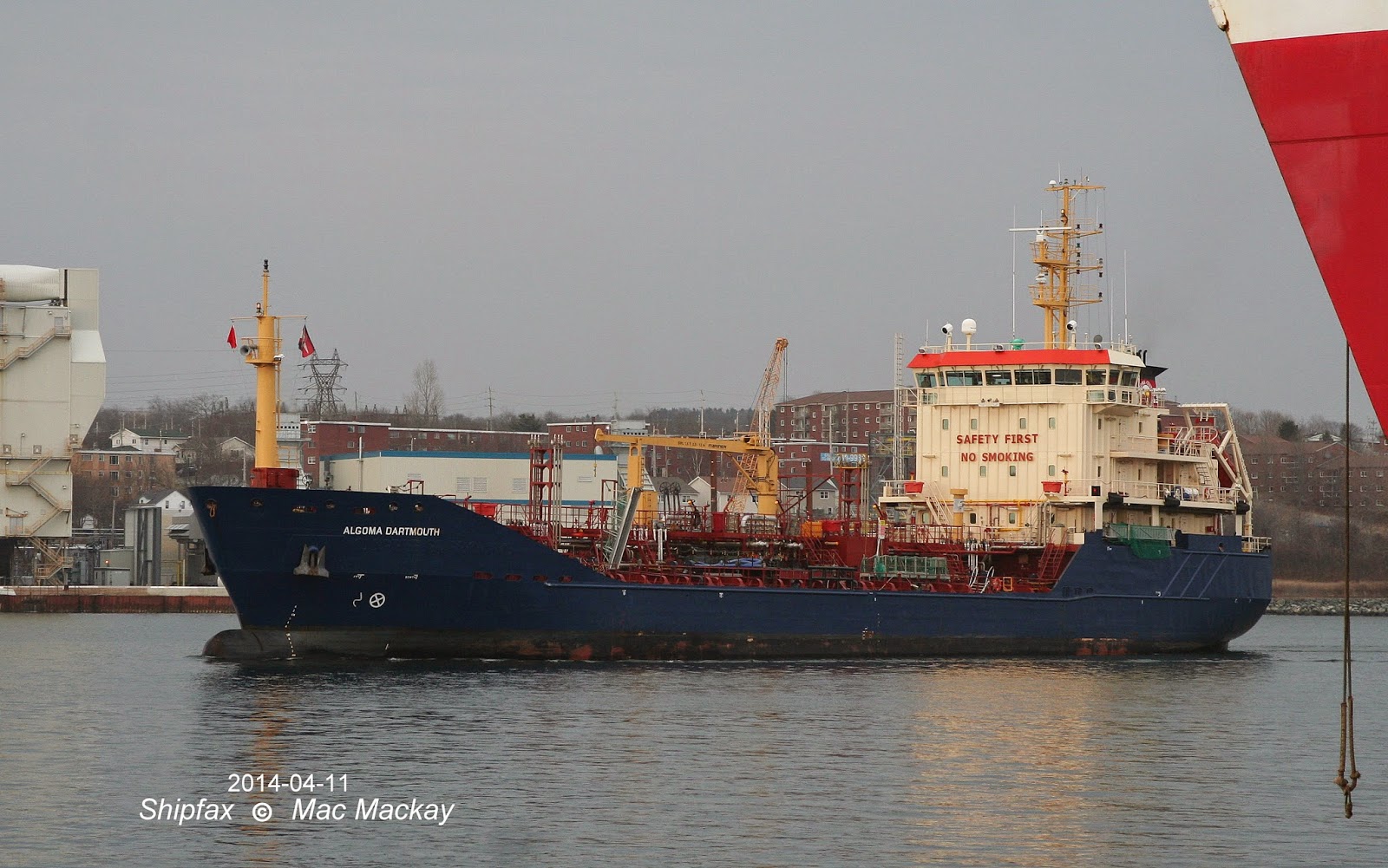 Algoma Dartmouth on her normal route, transiting the Narrows, passing the laid up Cabot, on her way to National Gypsum to bunker Pioneer  April 11, 2014.

The ship has only left Halifax once before during its nearly five years here. Built in 2007 by Yardimci Gemi Insa SA, Tuzla, Turkey, the 2,999 grt / 3569 dwt tanker has carried three previous names. It waa launched with yard name Yardimci 41. On delivery it was renamed Crescent Bardolino and in 2006 Clipper Bardolino. It became Samistal Due in 2008, under the Maltese flag. Arriving in Halifax July 14, 2009, it operated originally as a non-duty paid, Canadian flag ship under a coasting license, and was confined to Halifax harbour.
With the change in import tariffs, Algoma Marine brought the tanker into full ownership and flag. In January 2013 the ship sailed to Shelburne, NS for a brief drydocking and refit, but otherwise has been in Halifax continuosly.
This trip to New York is therefore a rare occurrence, but may become more common as  the availability of bunkering fuel in Canada becomes more difficult.Since Sterling Fuels took over a supplier of bunker fuel in Halifax,(and charterer of Algoma Dartmouth) earlier this year, it must source the stuff in the Great Lakes/St.Lawrence area or the US east coast, if it does not acquire the product from Irving Oil or Valero.