Thalassa Desgagnés - any port in a storm

Thalassa Desgagnés rests at anchor in a peaceful Bedford Basin this evening , a little more than 24 hours after arriving to shelter from a storm. 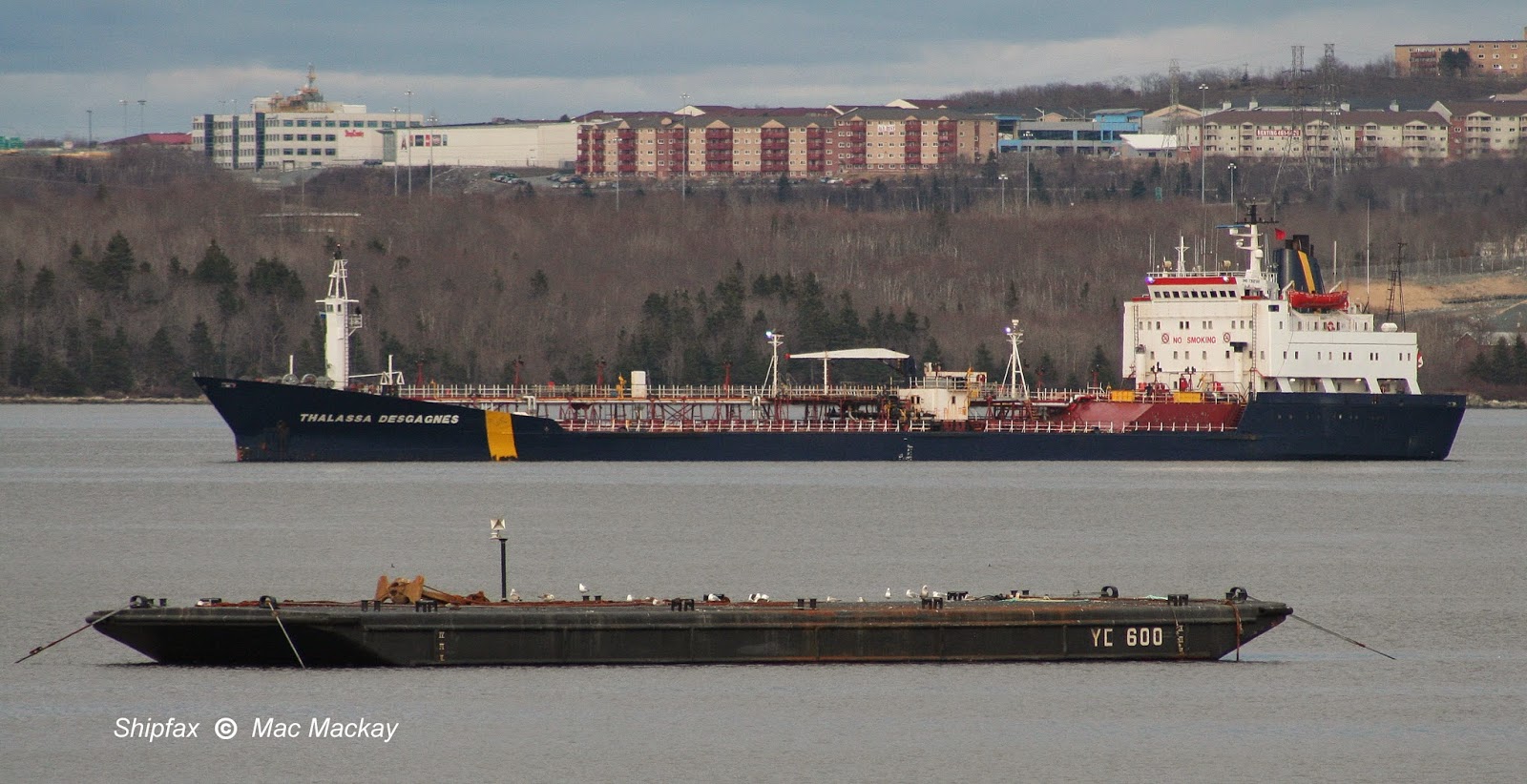 The Dockyard barge YC 600 , which has been  moored to maintain the anchorage of the Defence Research and Development calibration barge, keeps the tanker company.


High winds, seas (and driving rain) combined with the ship's very low freeboard meant that the pilot was not able to board at the pilot station. Instead the pilot boat lead the ship in to a sheltered position inside Meagher's Beach, where the pilot boarded safely. This is the second low freeboard ship in as many weeks to follow this procedure. (The previous one was the reefer Frio Kyknos).

For a time the ship that is now Thalassa Desgagnés did not look so pleasing to the eye, and came very close to being an abandoned wreck. The ship came down the ways of the Ankerlokken Verft Glommen in Fredrikstad, Norway in 1976 as Joasla In 1979 it became Orinoco and in 1982 Rio Orinoco. A double hulled asphalt tanker, it  traded world wide until October 16, 1990.

It had anchored off Anticosti Island, QC, with machinery problems and dragged its anchors and grounded. Fully loaded with asphalt, it was swept onto the shore by violent seas. Helicopters rescued the crew and the ship was declared a constructive total loss. However the owners of Transport Desgagnés believed that they could salvage the ship. In the summer of 1991, they mobilized a flotilla of tugs and their own ships, fitted with special boilers to liquify the rock solid asphalt. Once they had pumped off cargo, they were able to refloat the ship, and it arrived in Quebec City August 23, 1991 in tow of Irving Miami and Capt. Ioannis S. 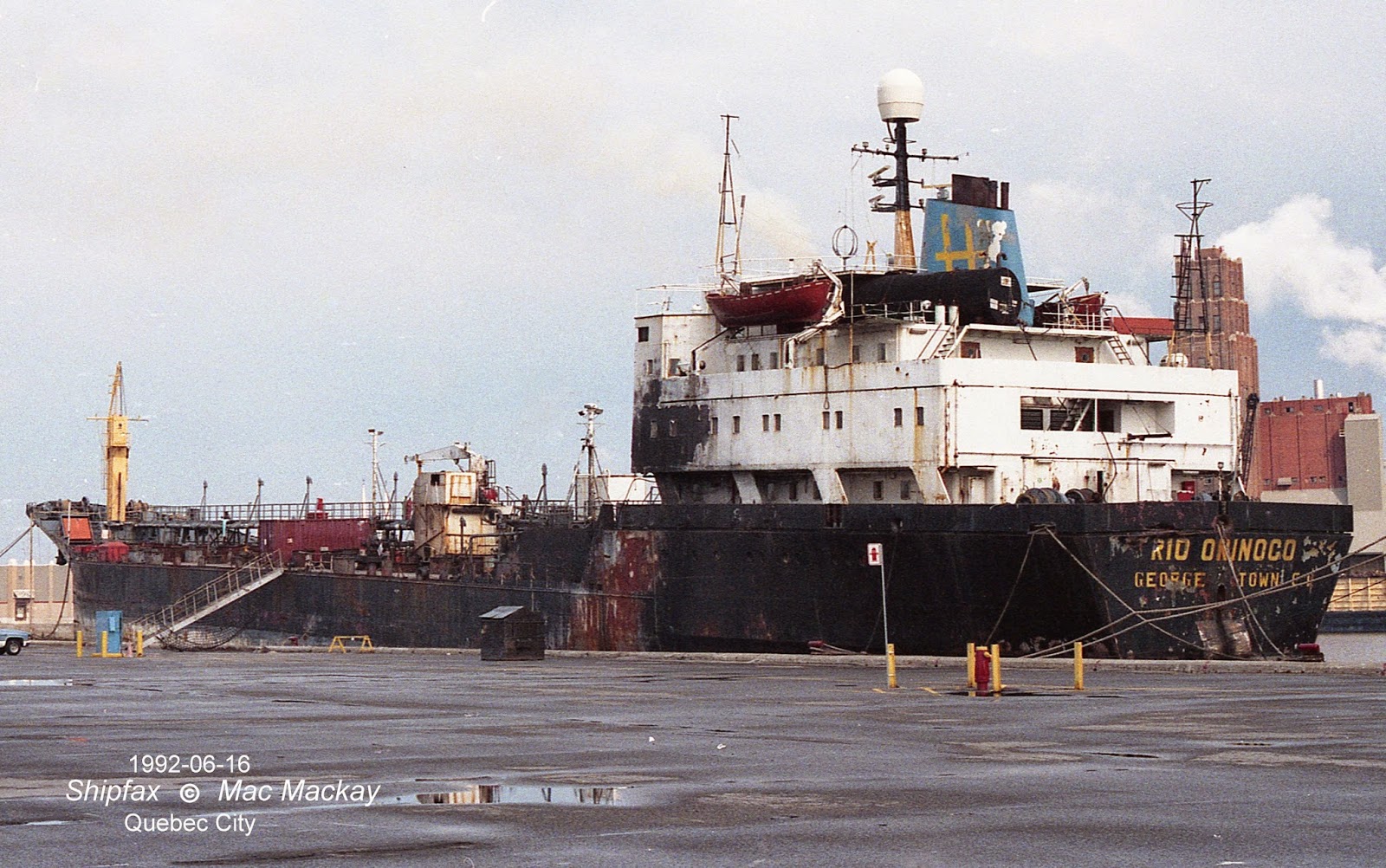 Rio Orinoco, still smeared with asphalt, was laid up in Quebec City from 1991 to 1993 when Desgagnés rebuilt it and put it back into service as Thalassa Desgagnés.

Transport Desgagnés had been dry cargo ship operators only, but they were awarded ownership of the ship as salvage award. They rebuilt the ship in 1993 and it made its first trip in February 1994 as Thalassa Desgagnés. It measures 5,999 grt and 9,748 dwt.

From this one ship Desgagnés expanded their tanker business, which, in terms of tonnage, is Canada's largest tanker fleet with seven coastal tankers and now two post-Panamax tankers which will join the fleet this year.

The ship sailed this evening for Providence, RI.
Important - see comments below