It is a rare day in Halifax when there are no arrivals and departures. Aside from the 0330 hrs departure of Zim Qingdao there were no scheduled arrivals or departures.
That did not meann that there was no activity.
This morning the tug Atlantic Larch sailed and headed south- likely for Shelburne and refit. Its place will be taken by Atlantic Fir. Atlantic Teak is also in port, but is likely just passing through. [For a closeup of Atlantic Larch see yesterday's Tugfax.]

Yesterday there was a forest of tugs at the IEL dock. From left to right: Atlantic Fir, Oak, Willow, Larch and Teak.

While Larch was outbound, it passed the tug Sandra Mary towing the crane barge Canadian Argosy inbound from Digby via Yarmouth and Shelburne. The barge will eventually be heading for Cape Breton, but will be at pier 9 in Halifax for several days due to weather. 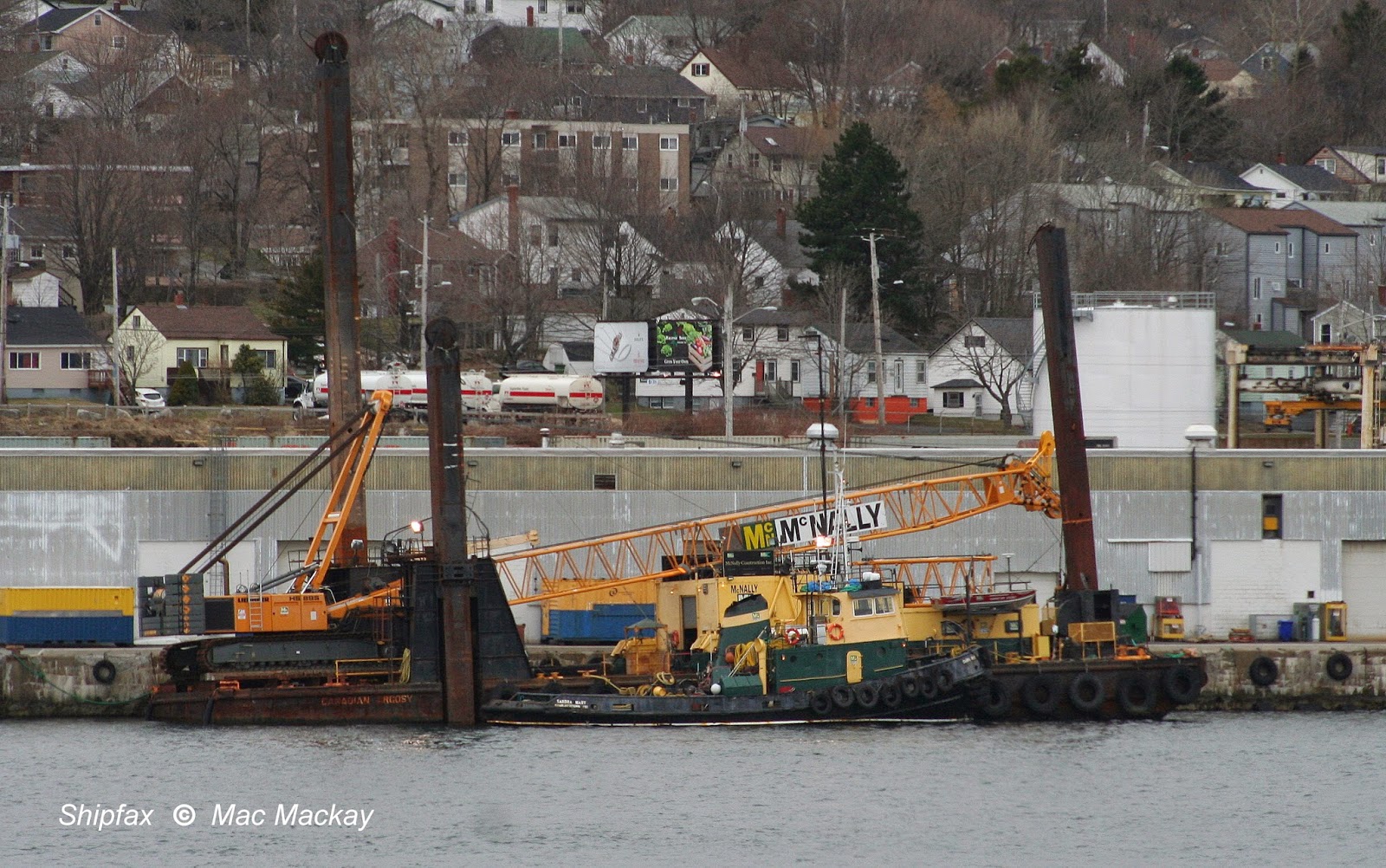 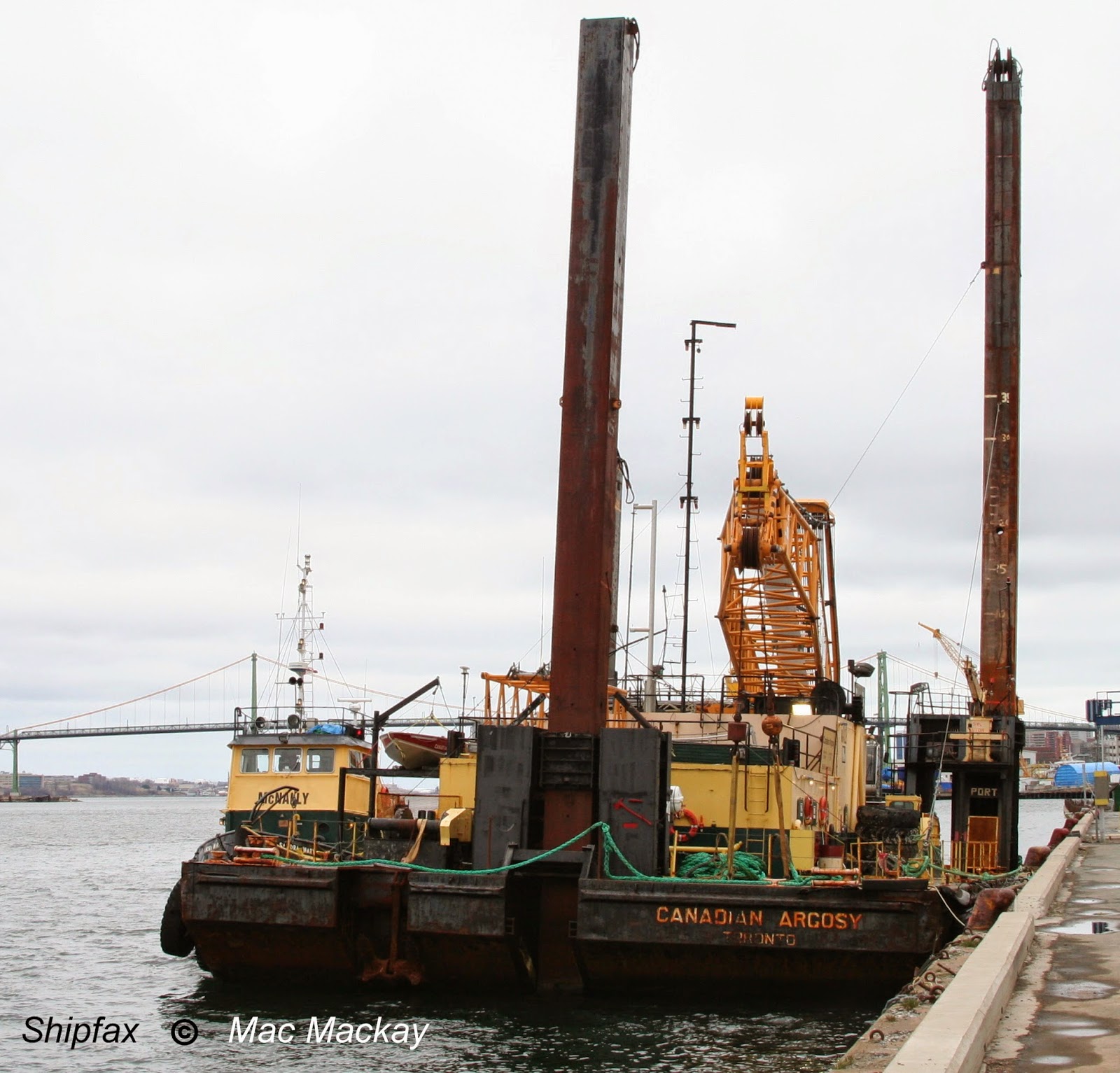 Canadian Argosy was built in 1978 by Collingwood Shipyard for the former Pitts International Company. Through a series of mergers and takeovers, it is now owned by McNally Construction of Hamilton, ON.
The tug Sandra Mary was built by Russel Brothers in Owen Sound, ON in 1962 as Flo Cooper also for Pitts. It has carried its present name since 2000.
The barge is using its spuds to secure it to the harbour bottom, and as a result is has taken on a bit of a list.
.