The ConRo Cabot is being pressed back into service after being laid up and sold for scrap. A persistent problem with the new Oceanex Connaigra's controllable pitch prop means that the new ship must be taken out of service again for repairs. 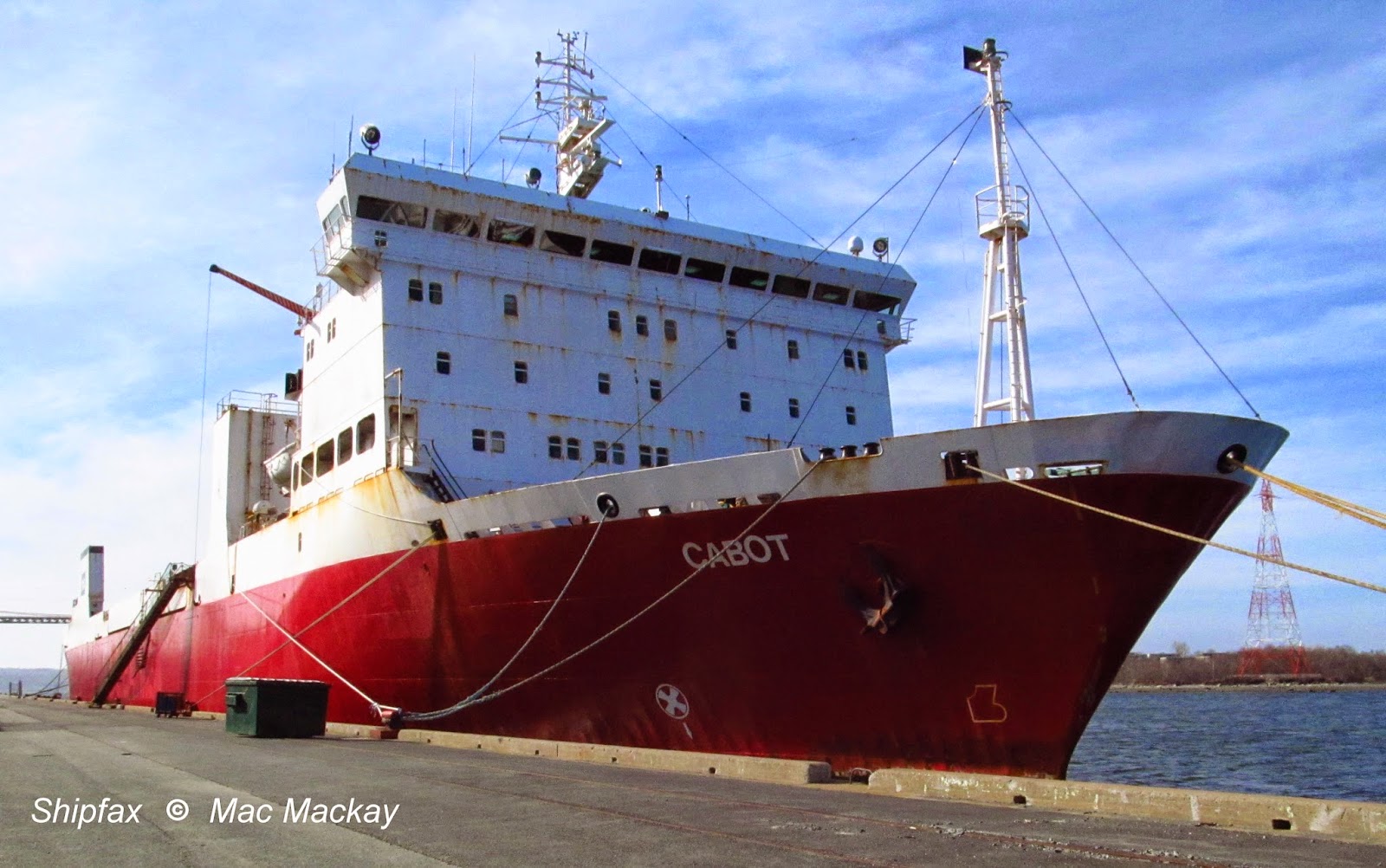 Cabot at pier 9A yesterday, with a provisions box on the dock ready to load supplies with her stores crane.

There has been a flurry of activity aboard Cabot in recent days, including fueling yesterday. This must have been done by truck, although I did not see the operation. 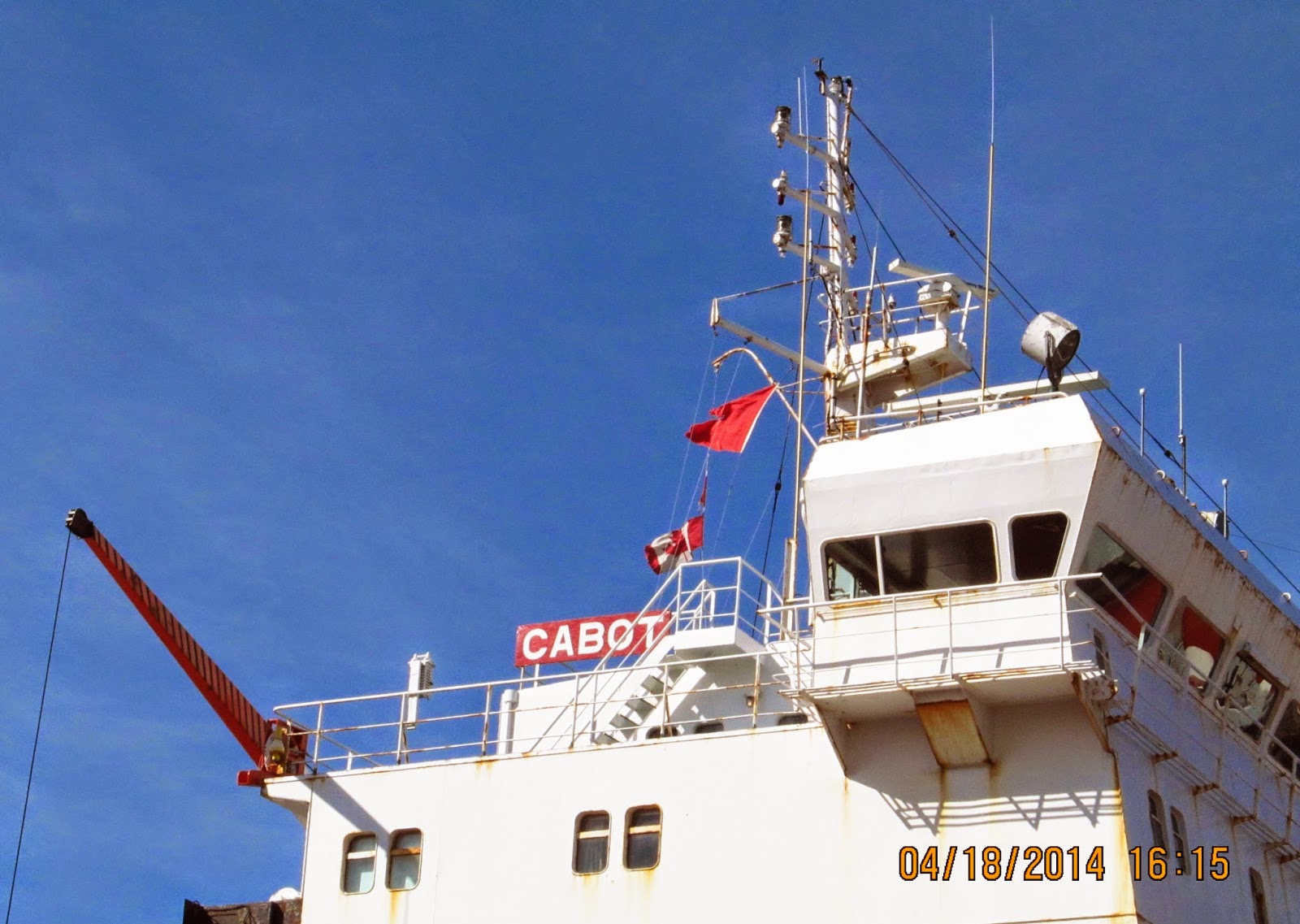 Cabot flying the fueling flag yesterday. A new Canadian flag also appeared, replacing the tattered one that had been on the ship since it last arrival February 3.

It is an amazingly complex process to bring a ship back into service after layup. All its inspections and certifications must be renewed,  the crew must do fire an life boat drills, and scores of other tasks, not to mention storing up supplies and grub. I did hear them test their whistles yesterday. There were also divers down on the ship today and a number of inspectors of various sorts scurrying around. Despite the sale for scrap and a reputed Indian crew on board at one time, the ship's Canadian registration was never closed. It now appears that the sale has been postponed indefinitely. 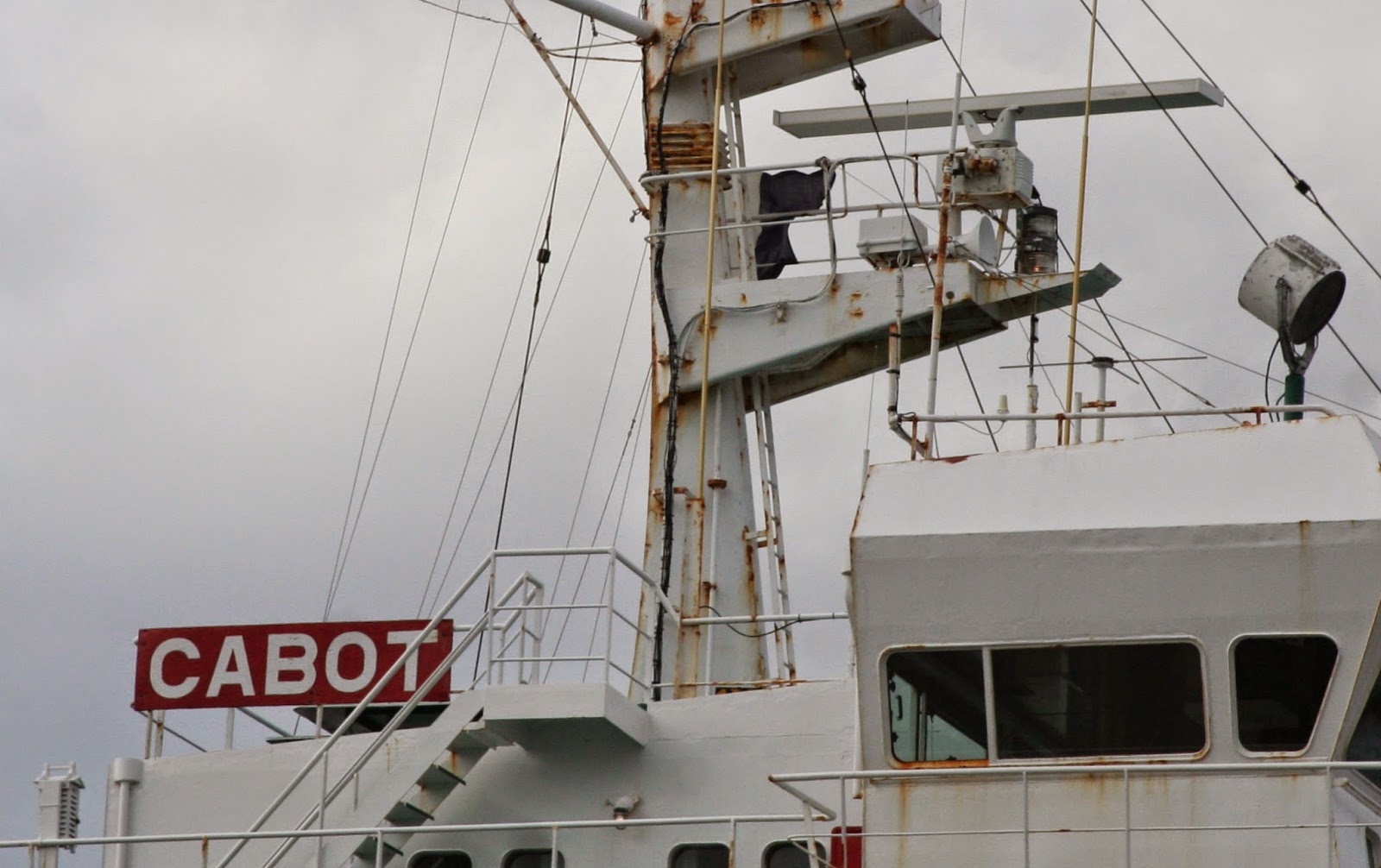 This evening Cabot is flying the "Blue Peter" signifying an intention to sail. She is due to sail at 2330 HRS.

Oceanex has posted a notice on its web site that after Oceanex Connaigra's April 18 sailing it will be removed from service again, and Cabot will sail from Montreal on April 22. She will certainly have to make good time to get to Montreal that quickly!