There have been numerous combination chemical/product tankers of the 50,000 dwt range in port recently delivering product to Imperial Oil and Ultramar. Today's tanker arrival is somewhat different in that it is smaller and is a dedicated chemical tanker. It also tied up at pier 31, where it it will not be discharging or loading any cargo.
It will be in port for 24 hours, suggesting that it is here for some voyage repairs, requiring shoreside  technicians. 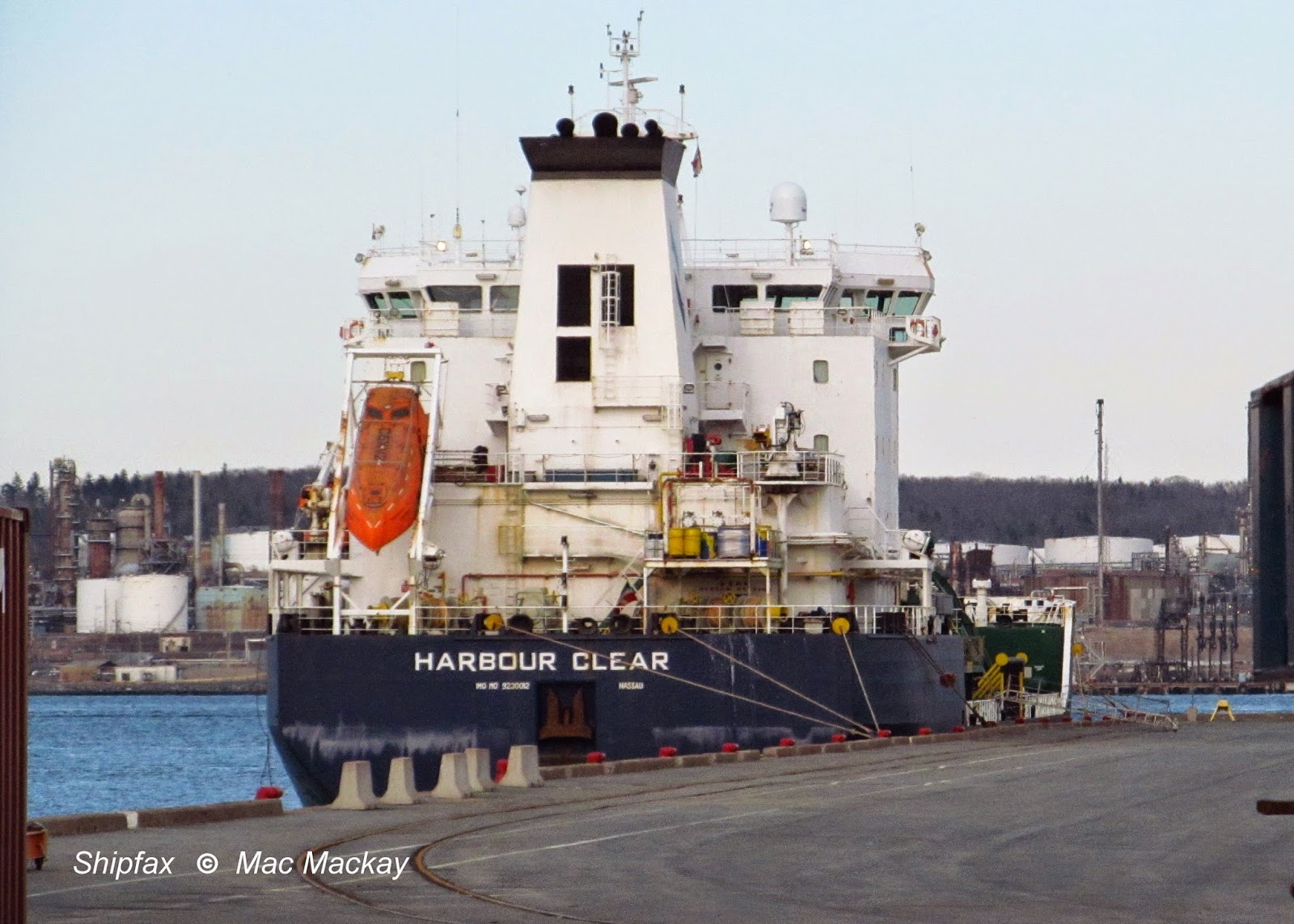 Harbour Clear was built in 2001 by Cantiere Navale DePoli of Venice Italy, and measures 11,320 grt, 16,225 dwt. It is fitted with stainless steel tanks (as opposed to epoxy or other coatings) allowing it to carry several types of highly corrosive chemicals. It has 25 separate compartments and is fitted with heating coils.
Originally named Jo Chiara D, in became Chiara DP in 2004 and Nora in 2006. It was renamed Harbour Clean in 2009 and flies the Bahamas flag.

The ship is part of one of the largest chemical tanker fleets in the world, Nordic Tankers, with a fleet of more than 90 ships, all in the under 25,000 dwt category.

In 2012 Nordic Tankers of Copenhagen sold the chemical tanker fleet (including the name) to Triton, a north European investment house, which also controls Herning Shipping. Confusingly it kept some larger tankers and renamed the remaining company Nordic Shipholding. It still owns some ships, but commercial management is outsourced and they are chartered and working in various pools.

Harbour Clear's last port of call is reported to be Porsgrunn, Norway, and may be headed for Baltimore.
Interestingly, two tankers from the fleet were the first foreign ships to enter the St.Lawrence Seaway when it opened last week.  Charlotte Theresa and Harbour Feature are similarly sized.