CN's seemingly inexhaustible appetite for new rail continues. Just as one shipment seems to have been cleared and sent on its way by train, it is time for another shipment.
Recently many of the rail carrying ships have been Dutch flag, but this morning it was a Dutch built ship, Celine, flying the flag of Switzerland, bringing in rails from Poland. 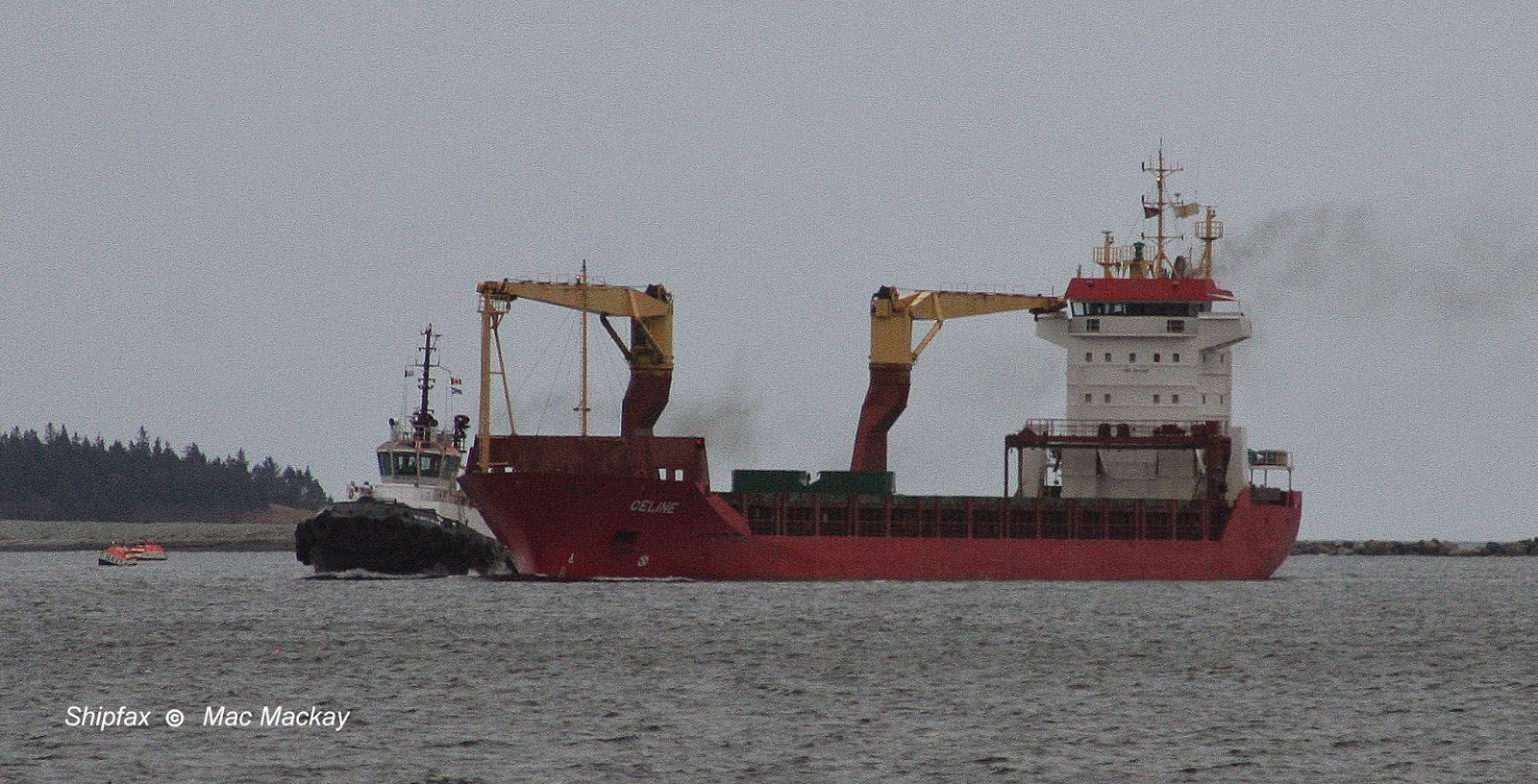 Atlantic Willow comes alongside Celine. Navy mooring buoys in Macnab's Cove show up in the background. The traveling hatch crane is stowed against the foreward bulkhead of the superstructure.

Built in 2001 by the prolific Dutch Damen group at their shipyard in Foxhol, Netherlands, Celine is a Damen Combi-Freighter Type 9000. It measures 6,382 gross tons, 8,600 deadweight tonnes and carries two 60 tonne capacity cranes. It has a traveling hatch crane (shown stowed against the deckhouse) that also can be used to move grain bulkheads to subdivide the two holds. The ship can carry bulk, steel coils, containers (262 TEU in the hold, 236 on deck), forest products and general cargo.

The managing owner is Enzian Ship Management of Zurich, the operating arm of Swiss Cargo Line or SCL Reederei AG.

The deck cranes are positioned to serve the two holds, which are not equally sized. The aft hold is 52.19m long, the fore hold is 38.97m long and both are 13.15m wide.