Noah is not seeing double -  Independence II is the second ARC (American Roll-on Roll-off Carrier LLC) auto carrier to call in Halifax within a week. On Saturday Resolve called at Autoport on an eastbound voyage. Independence II is on a more typical westbound route. Its last port of call was Southampton, UK and it is sailing for US ports.

After unloading at Autoport, Independence II moved over to pier 30 to unload RoRo cargo. The tug Atlantic Oak assisted the ship away from Autoport, and Atlantic Willow is joining to assist into pier 30. Note the railroad auto racks in the background waiting to load at Autoport.

Built in 1994 as Titus for Wallenius Lines of Sweden, by Daewoo Shipbuilding and Marine Engineering of Geoje, South Korea, the ship was here as recently as last month, when it arrived March 24.ARC is a US based company but is owned  on a 50/50 basis by Wilh.Wilhlemsen and Wallenius. As a US based company, with US flag (but not Jones Act) ships, it is entitled to carry certain classes of US government cargo, including military.

Once both tugs were secured, they began to turn the ship to back in to pier 30. 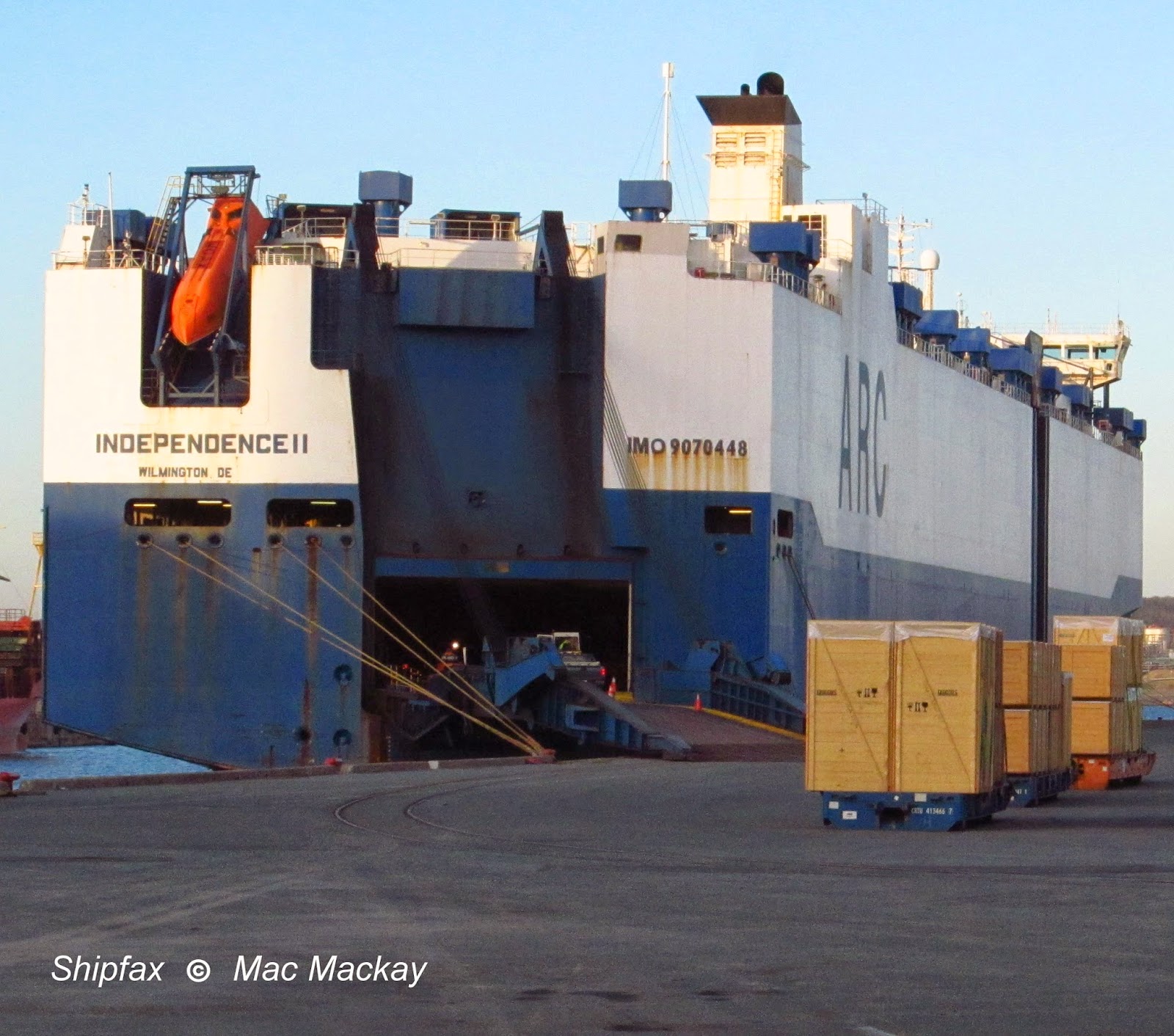