The big Norwegian supplier Siem Pilot glided in this morning to take up a coasting license for work in Canadian waters. 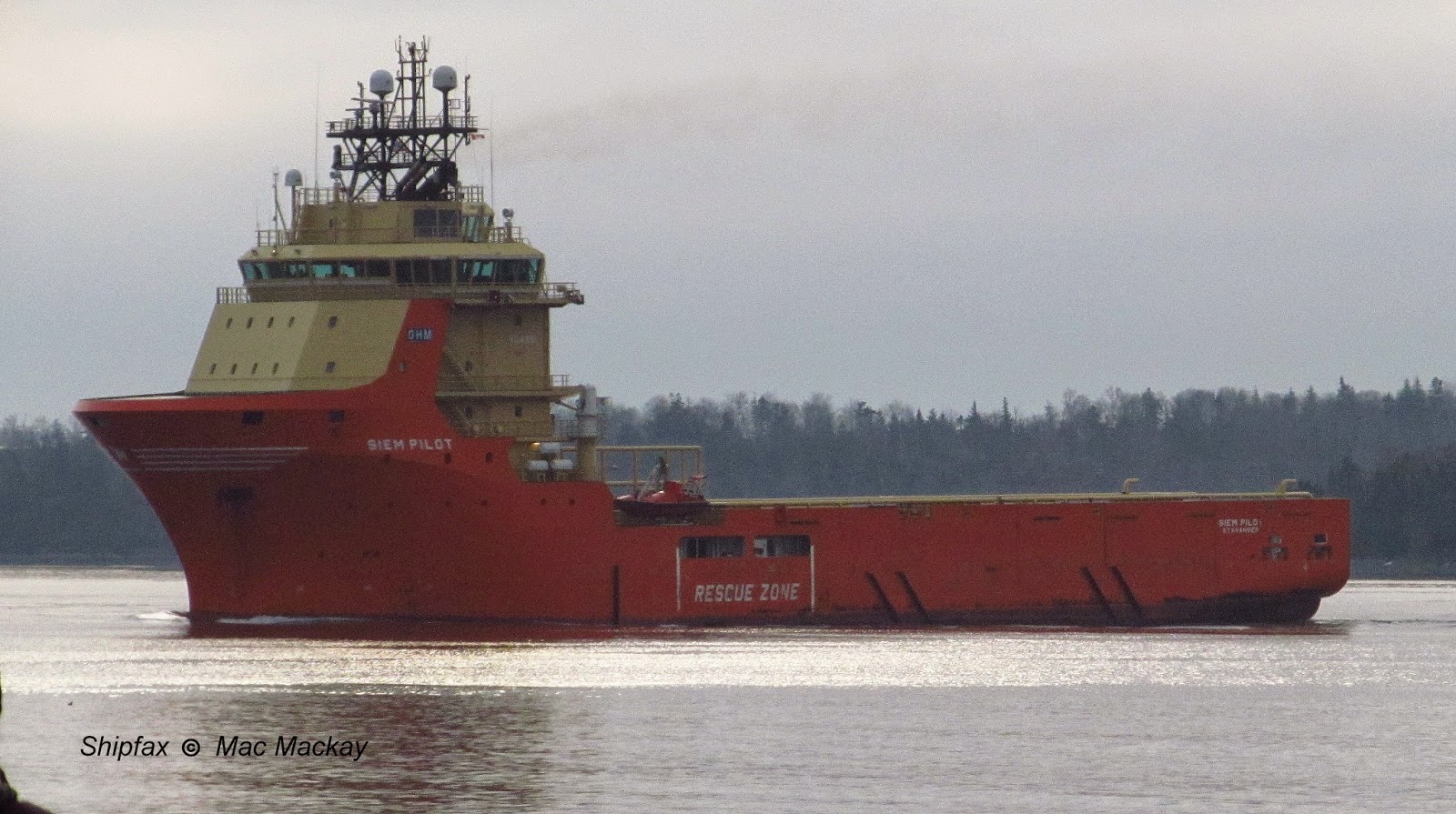 The 5,086 grt ship was built by Eidsvik Skipsbyggeri of Uskedal, Norway in 2010 and is owned by Meling of Stavanger.

In February Halifax based Secunda LP was granted a temporary coasting license to use the ship  to accommodate a dive team for repairs a hydraulic control system on the subsea isolation valve in the Sable Island gas field. The license covers the period March 24 to April 25, and was granted because no suitable Canadian ship was available.

Using its thrusters, the ship turned smartly in its own length off the pier and backed in alongside pier 27. 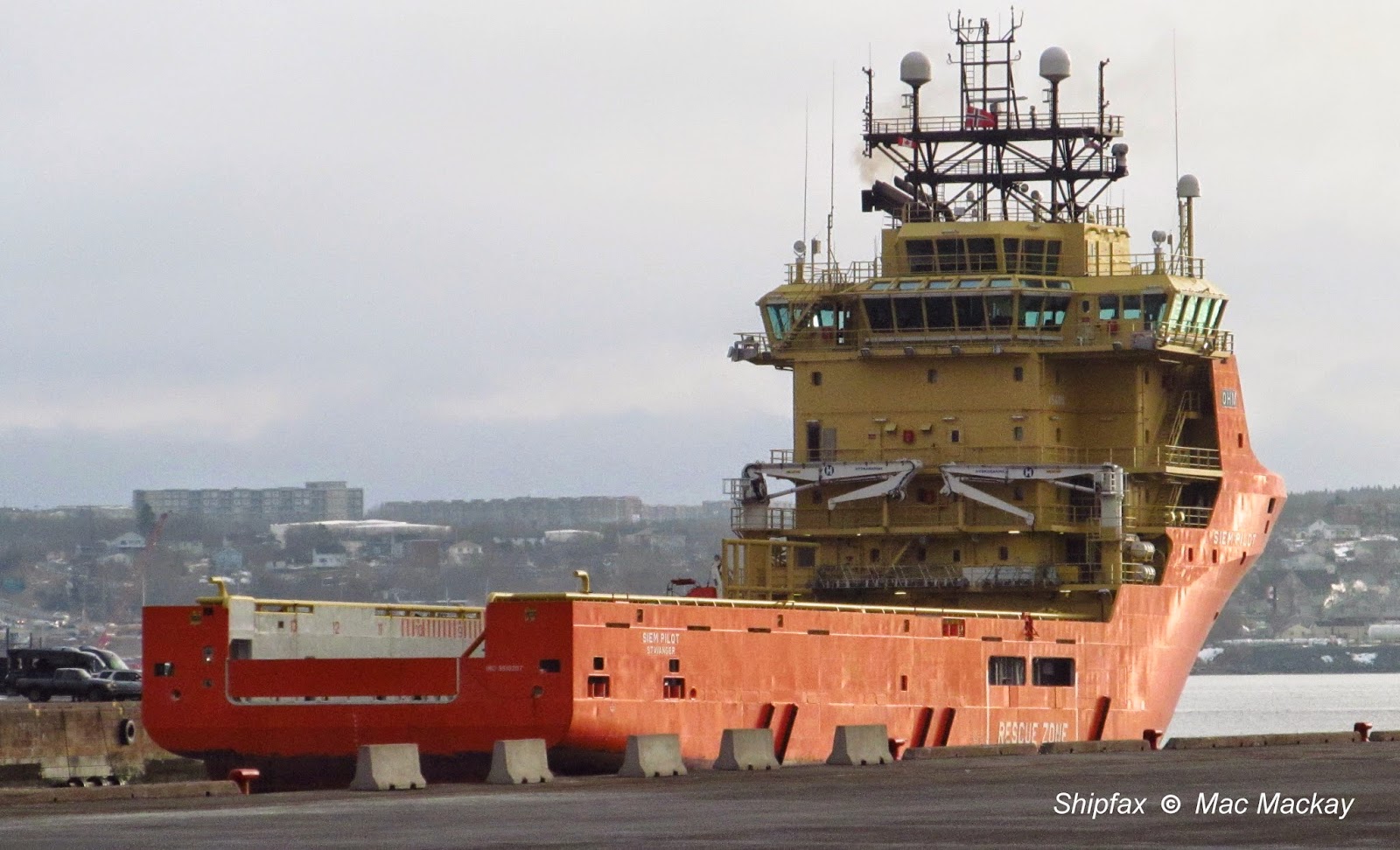 After taking on stores and loading gear, the ship will depart for Sable Island.