Athabaskan - did they ask the right questions

Thanks to Halifax Shipping News for alerting us to the details of the military report into the investigation of the Athabaskan tow in December 2012. The Canadian Press acquired the report by means of a freedom of information request. The report was dated May 2013, and is only now coming to light. The ship was in St.Catharines, ON for a refit when it became apparent that the work would not be done in time for the ship to clear the St.Lawrence Seaway, under its own power, before the locks were closed for the winter. A towing contract was arranged, but did not get underway until late in December and the tow did not clear the Seaway until December 20 or 21 or 2012. It did not reach the Gulf of St.Lawrence until after Christmas. 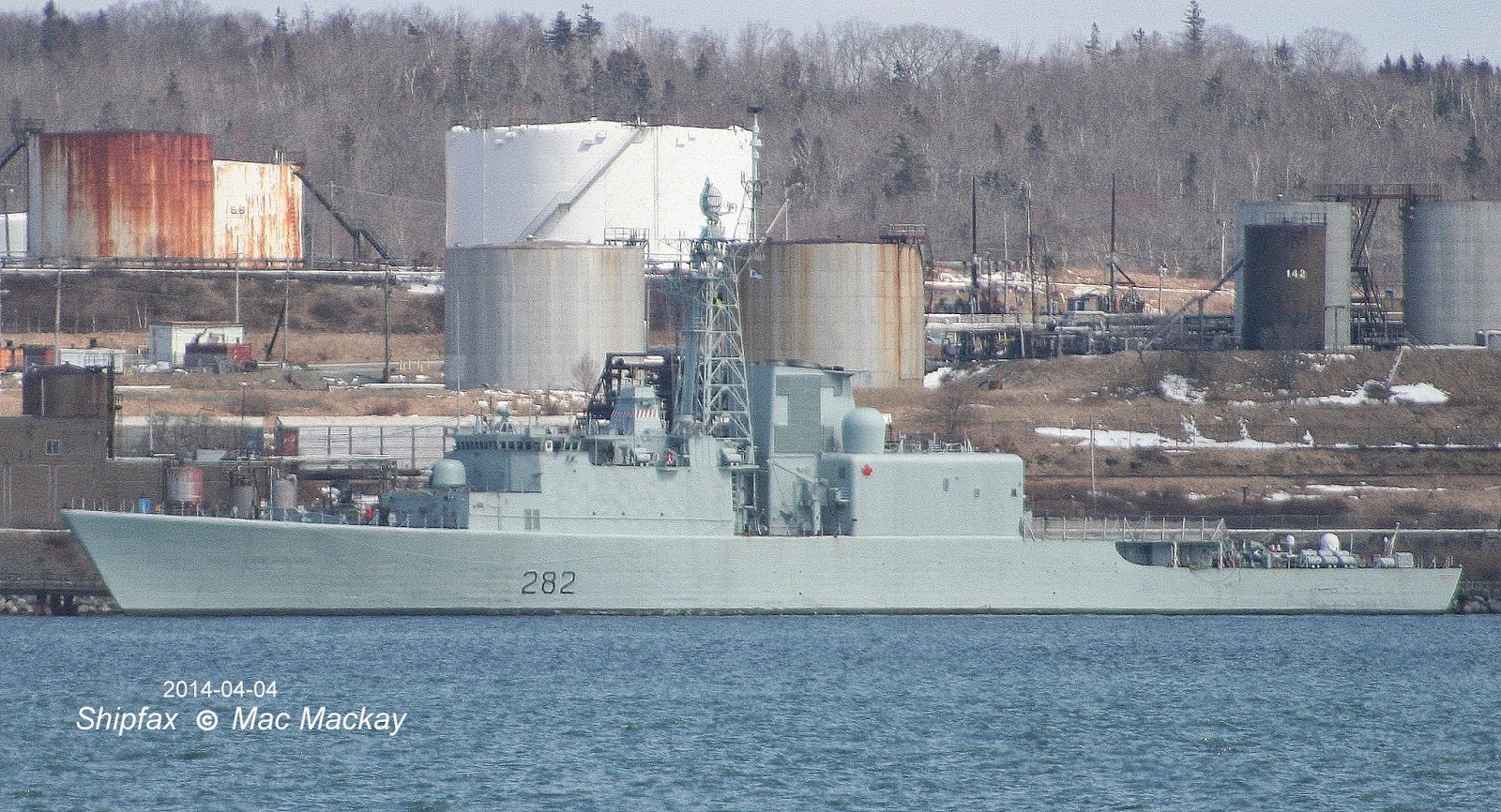 I am not disputing the facts of the report, nor the extent of the damage nor the cost of repairs, which are briefly: the towing tug lost power, the tow caught up with and struck the tug, spinning the tug round and scraping alongside, puncturing Athabaskan's hull in six places and causing other incidental damage to stanchions and rails and scraping the hull coating.
After reaching Sydney in tow of the back up tug, the lead tug was repaired and the tow resumed. In high winds and moderate seas, the tow line parted. A deck crew was ferried out to the ship by SAR helicopter, and the backup line was rigged. When that parted a series of mooring lines were used (two of them parting in turn) while the ship was towed back to Sydney harbour.
At that point the RCN hired another towing company to complete the tow to Halifax.
Canadian Press estimates repairs at $2 million based on prior interviews, and reports the costs of the two towing invoices at $707,000 (St.Catharines to Sydney) and $546,000 (Sydney to Halifax).

Since I have not seen the whole military report, there may be more to it, but based on what has been reported, several question remain unasked.

1. Why was a $21.7 mn contract awarded to a shipyard at St.Catharines, ON if there was no guarantee that the work could be completed before winter set in?

2. When it was found that the work would not be completed before the close of the St.Lawrence Seaway, why was the ship not left in the shipyard for three months until the opening of the Seaway at the end of March 2013?

3. A tow in winter conditions, is normally done under in an emergency only. If the navy did a risk analysis on this and decided to take the gamble, then the result could and should have been predicted. They rolled the dice and took the consequences. It appears that the Report blames to the towing company, when in reality there should have been no tow at all. It talks about measure that should have been taken, etc., but the tow was a risk that the navy took. Has anyone in the navy learned anything? Has anyone's judgement been brought into question?
There are standard towing contracts, usually of the "knock for knock" variety [see Notes] Did the RCN have one of these contracts?

4. It seems to me that the RCN was fortunate that the holes were above the waterline, there didn't appear to be internal damage (none was mentioned in the Canadian Press piece) and that the ship survived the experience. Maybe they were lucky that it only cost $2.2 mn for repairs. [It does appear that they paid a bit of a premium for the second tow, based on distance towed! The tug owner drove a hard bargain there].
It also appears that the ship still has not completed its refit. Even though it has been in and out of port many times in the last year it does not appear to have a full complement of radars and other instruments. So the final question is - what was the rush?

A late April Fool photo? - no the Athabaskan is not for rent.