Delivered to the National Shipping Company of Saudi Arabia on January 9, 2014 by Hyundai Mipo in Ulsan South Korea, Saudi Jeddah is number five of six new ConRos for the line. 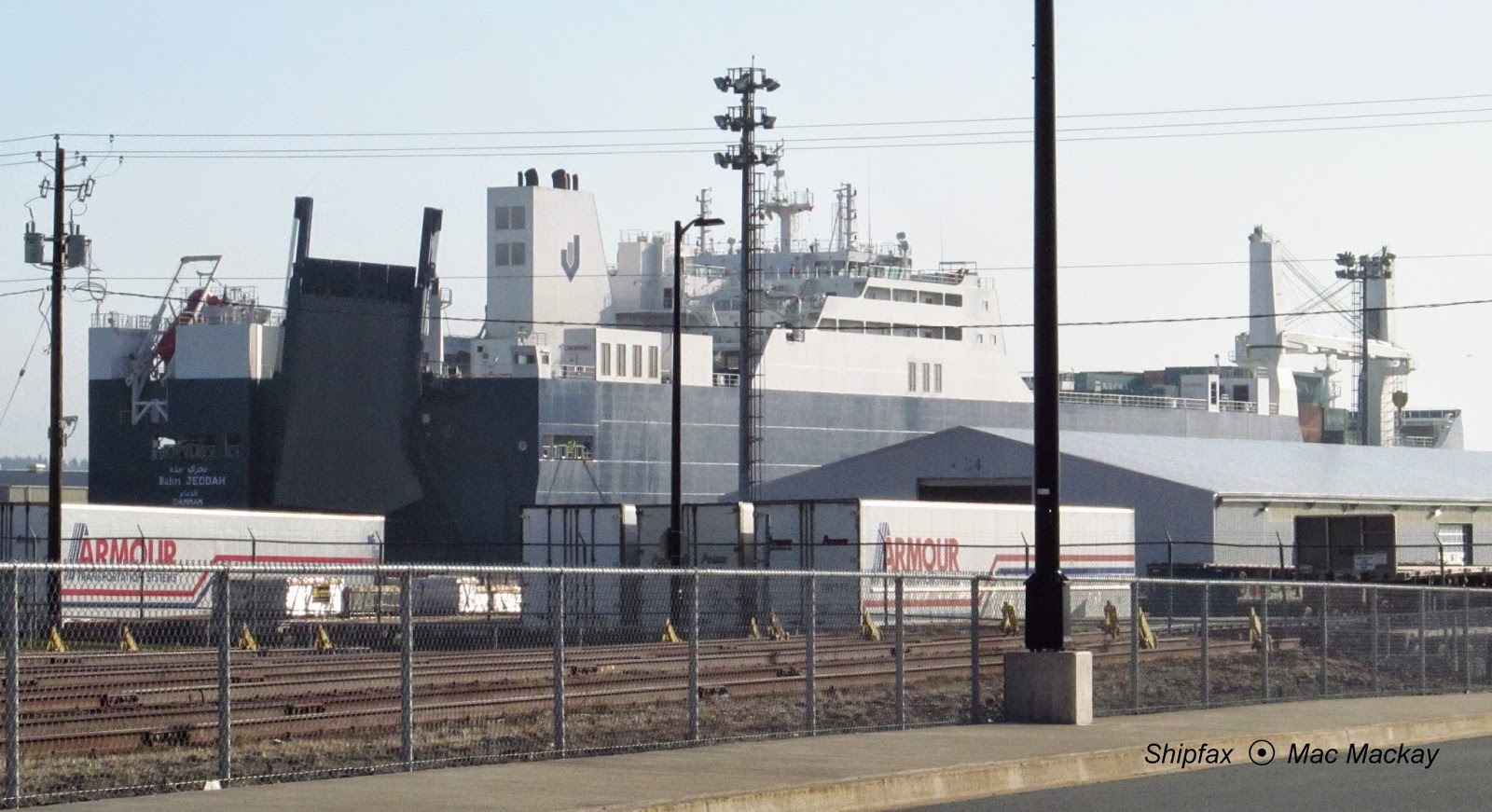 It arrived in Halifax for the first time this morning, tying up at pier 31 and dwarfing the surrounding sheds at pier 33-34. I was not an early enough bird to catch it on the way in, but hope for better luck when Bahri Jazan arrives in May. It is the fourth of the series, and was delivered October 29, 2013, but has yet to make an appearance in Halifax.
The last ship in the series, expected to be called Bahri Diriyah is to be delivered by June. The other ships in the series, in order of delivery, Bahri Abha, Bahri Hofuf and Bahri Tabuk have all made visits here. Of the new ships, all except Bahri Jazan share the names of the previous generation of ConRos, which had the prefix Saudi to their names.