Two departures today headed off in opposite directions.

First to leave this morning (under cover of fog - hence the file photo) was CCGS Louis S. St-Laurent. Now that Canada's largest icebreaker is working on its 2014-2015 fuel budget, it will be able to head where the ice is, instead of sitting idle at the Bedford Institute. 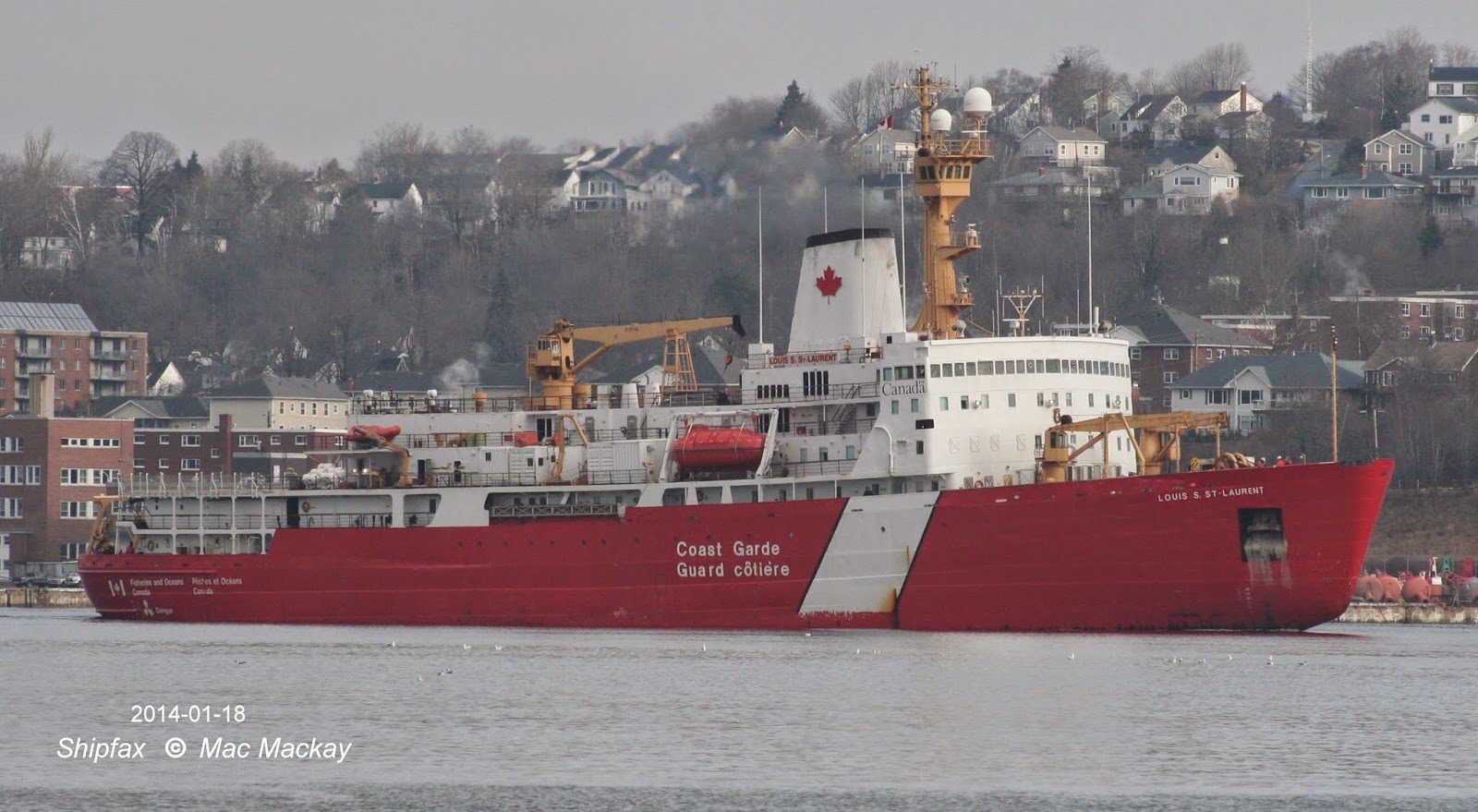 Louis sails in January for a brief foray in the Gulf.

Ice persists in the Cabot Strait where Marine Atlantic ferries have experienced delays. There is also loads of ice in the various parts of the Gulf, including Gaspé where CCGS Sir William Alexcander is helping to open up the harbour. The Quebec based icebreaker Pierre Radisson is still working in Lake Superior and Des Groseillilers is in Lake Erie, where ice is still plaguing the start of navigation.

Heading in a far different direction this evening was the cable ship IT Intrepid. The ship had been working on cable repair off Newfoundland and returned to Halifax March 30.

The ship is now headed for the tropics - Curacao to be specific. I can imagine the crew will soon be overside touching up the paint.