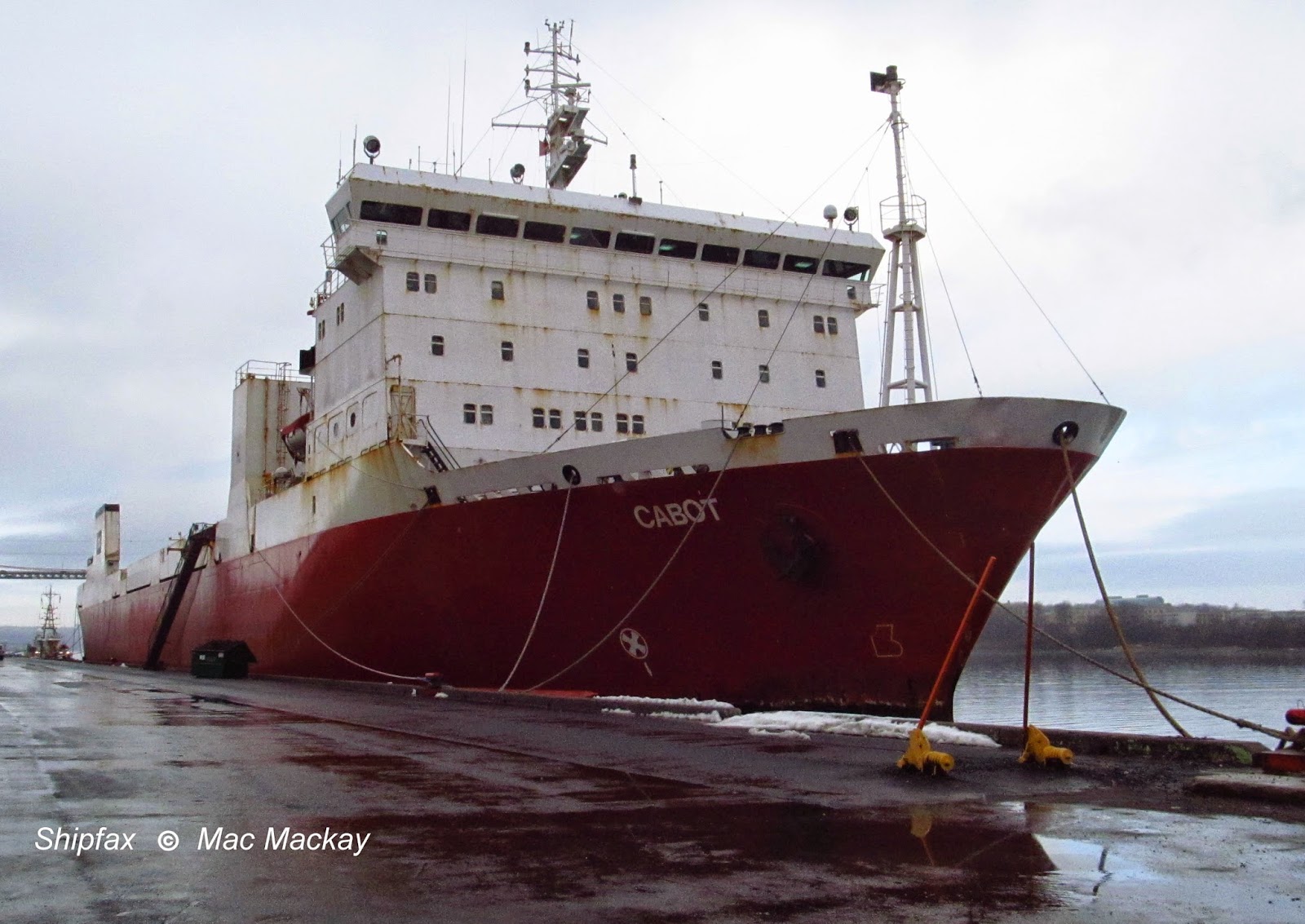 The ConRo Cabot, thought to be on its way to the scrap yard (originally Turkey, but possibly changed to India) may now be standing by to return to service.
If rumours prove to be correct Cabot will be brought out of layup to stand in for the Oceanex Connaigra. The new ship apparently is still having issues with its controllable pitch prop mechanism and may have to be taken out of service again for repairs. 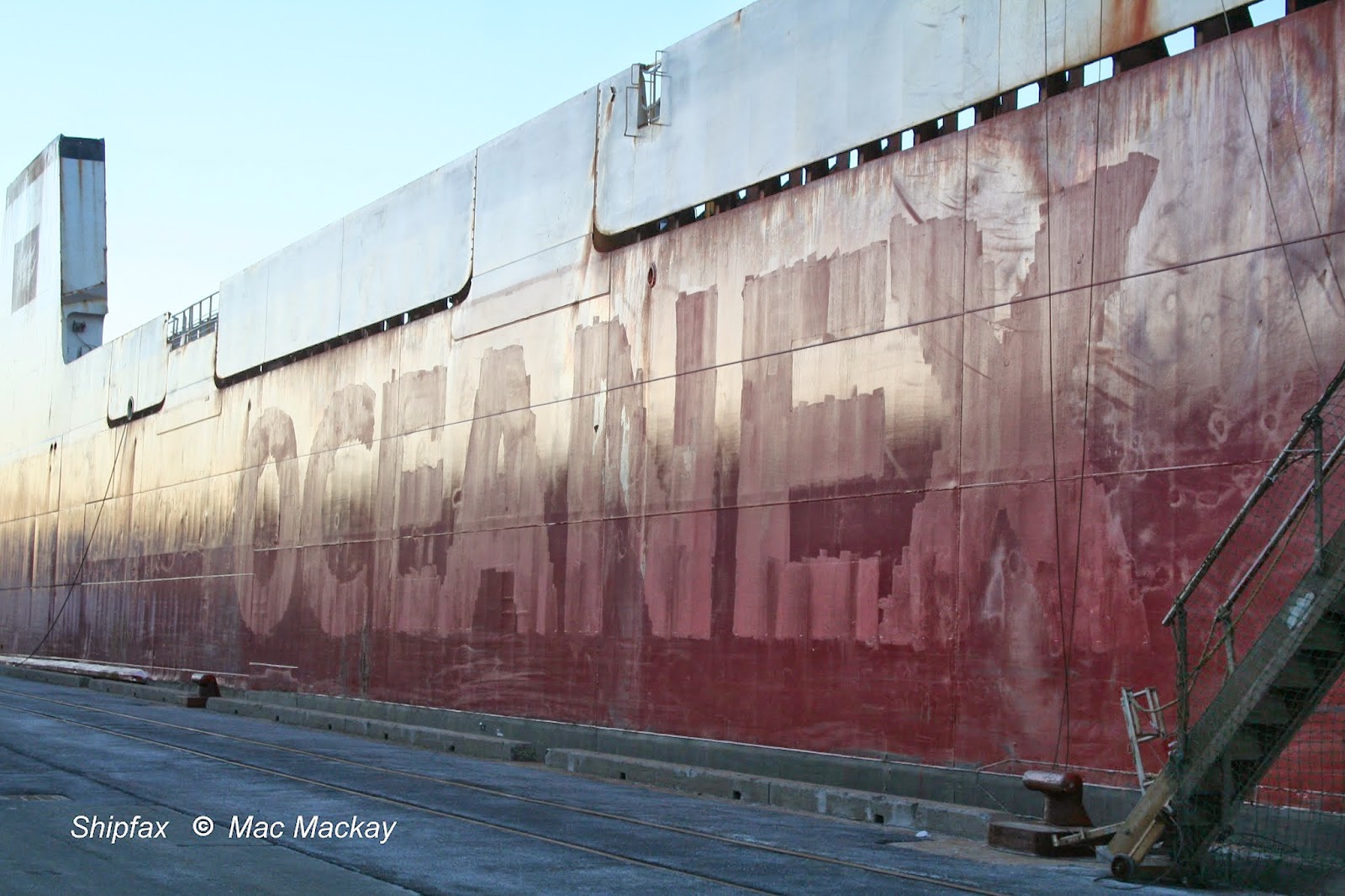 Cabot took on water last week, but there has been little sign of activity on the ship in the past few days. There was a report of a crew from India on the ship, but I have not seen them.
It is likely that Cabot would have numerous deficiencies which would make it difficult to get it back into service. One option I suppose would be to reflag Cabot then apply for a coasting license as no suitable Canadian ship was available.
So far Oceanex schedules still show Oceanex Connaigra maintaining its weekly schedule between Montreal and St.John's.