There was two way traffic at Autoport again today, with one ship arriving on a westbound routing and another eastbound.
First in was Triumph Ace for Mitsui OSK Lines. The 2000 built ship comes from the Imabari Zosen  in Maragume, Japan, and had the distinction in 2001 of delivering 127 Honda Civics, built in Britain, to Japan. (Sort of a coals from Newcastle trip). The ship's gross tonnage is 55,300 and it has a stated capacity of 4900 cars.

In an attempt at camouflage in Eastern Passage, Triumph Ace blends in with the local architecture.

Arriving from Europe, the ship sailed at noon time for Bruswick GA, with more than 3900 units remaining on board. As it was leaving Eastern Passage, the second ship was inbound, and they arranged a convenient passing between Ives Knoll and Indian Point. 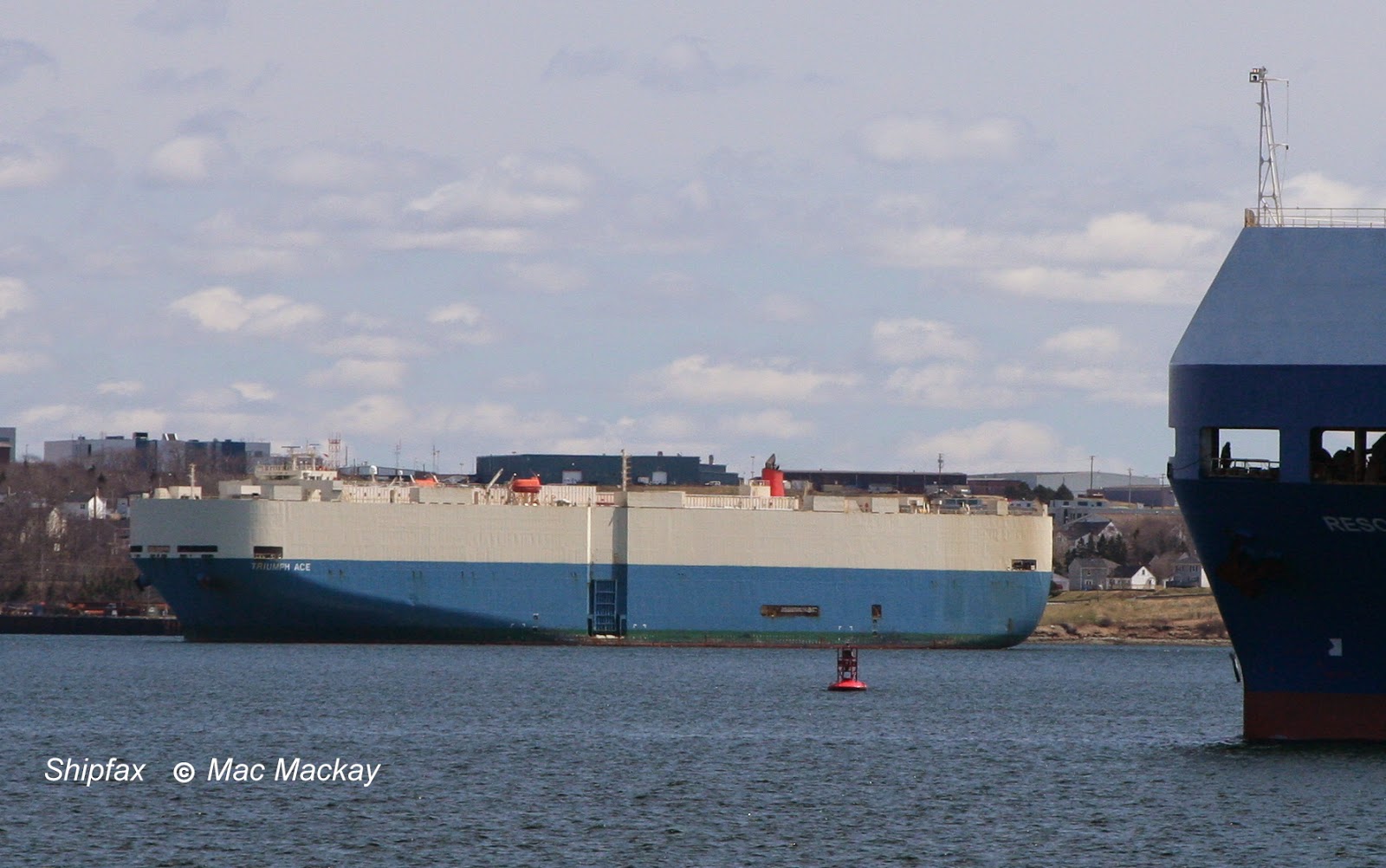 Triumph Ace has passed Indian Point. It will keep well north, while the inbound is about to turn tightly round the Ives Knoll buoy.

The inbound ship, arriving from Baltimore, is the American Roll On Roll Off Carrier Resolve. Although now one of the nine ship ARC fleet of US flag autocarriers it was built by Sumitomo Heavy Industries in Yokosuka, Japan in 1994 as Nosac Tanabata, becoming Tanabata in 1996 and Resolve in 2003.

Resolve approaches Ives Knoll inbound. The after tug is about to swing round to give better pulling power to swing the ship's stern.

Working the turn around Ives Knoll, Resolve keeps tight to the south to allow the outbound lots of room. 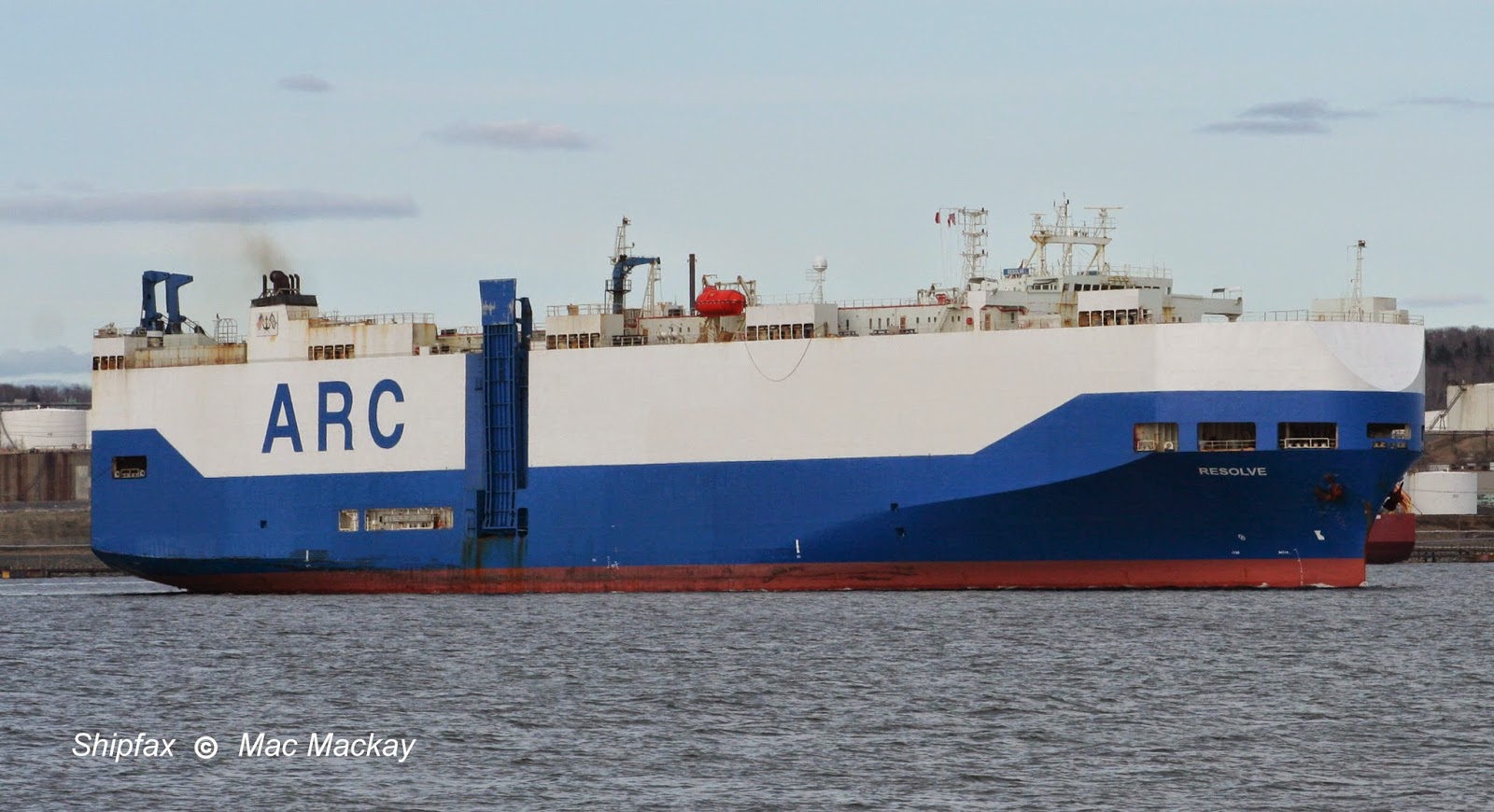 Outbound it did bit of a turn about with the inbound Zim Qingdao, hugging the eastern part of the channel and passing green to green to allow the container ship room to turn.[See Tugfax for more on that operation.]