The Canadian research ship Coriolis II has made a return visit to Halifax. Past visits have usually been related to research work done in association with the Bedford Institute, but this time it is quite different. The ship is on the return leg of a three month research mission in Argentina. The co-operative voyage, carried out in partnership with the Argentine government is a first for the ship.

Coriolis II is one of very few Canadian research ships of any significant size which is not operated directly by the Federal government. As a result it must seek work to support its upkeep, but it is also able to do interesting work such as this recent project.
For more see:
http://www.conicet.gov.ar/the-coriolis-ii-research-vessel-will-conduct-a-comprehensive-study-of-the-san-jorge-gulf/

Operated out of Rimouski, QC for a consortium of universities and research institutes, the ship usually works in the St.Lawrence River and Gulf. However it has done some traveling before.

Built in 1990 by Versatile Pacific Shipyard in Victoria, BC for the Canadian Coast Guard, it was originally named 501. This rather unimaginative moniker was changed to CCGS John Jacobsen in 1992. It was one of two rescue cutters of the 500 class, the other becoming CCGS Gordon Reid.

The shipbuilder apparently substituted a steel superstructure for the aluminum one that its designers specified. This lead to serious stability issues. John Jacobsen was paid off in 2000 and renamed 2000-03 and was eventually sold to the present owners in 2002. The ship sailed on its own from Victoria to Rimouski via the Panama Canal and following a $10mn conversion to a research vessel entered service in 2003.

The stability issues were resolved and the ship has run successfully ever since.

On May 16, 2012 the ship struck an uncharted shoal off Pointe-des-Monts, QC, but following a survey in Baie-Comeau, the ship was quickly repaired and returned to service. 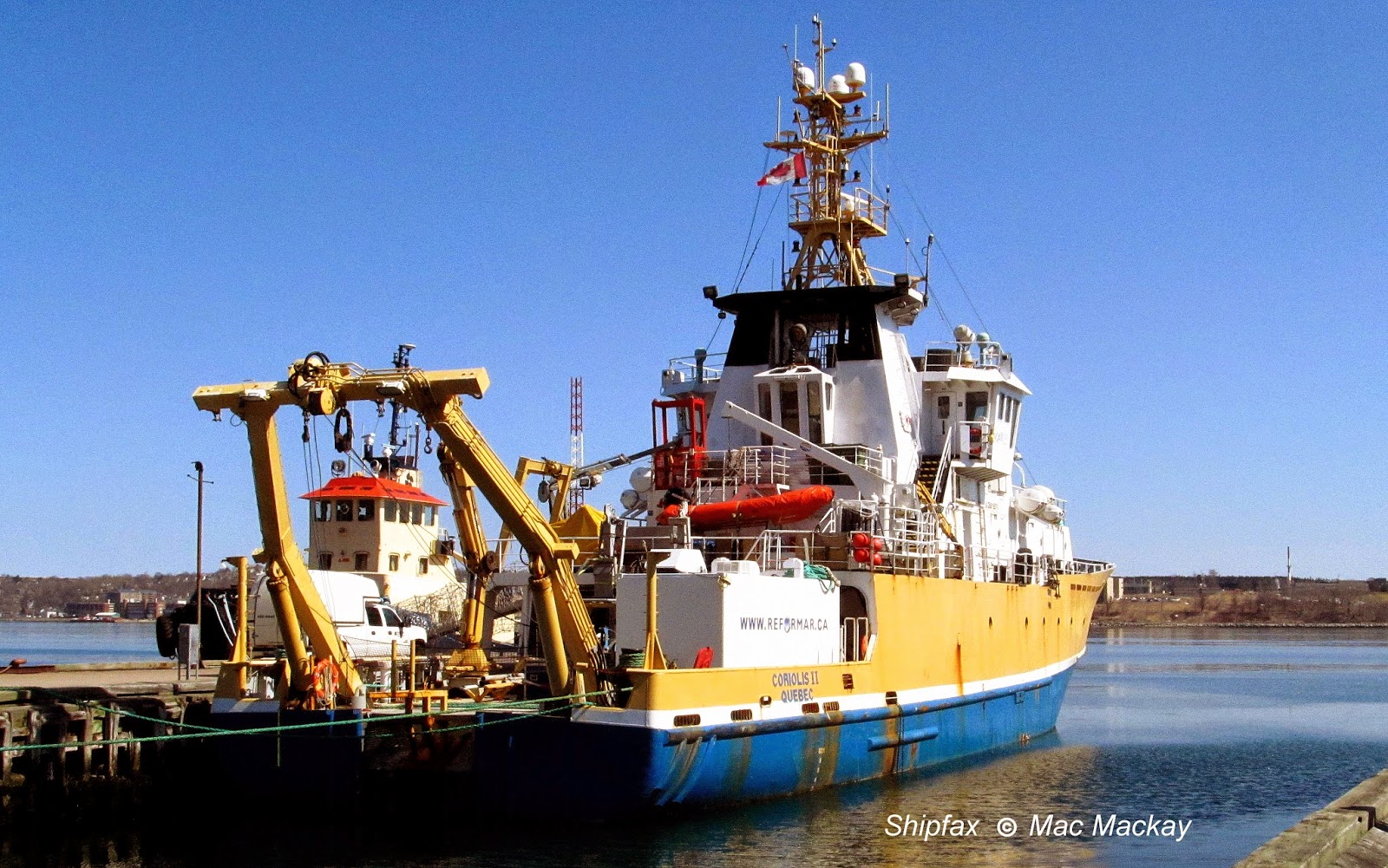 On arrival in Halifax this morning, the ship tied up at the Svitzer Canada (former ECTUG) dock on the Halifax Waterfront.