The 2014 seismic season it getting ready to start up, as ships arrive and begin to fit out. Mainport Pine arrived Wednesday (see previous post) and is wedged into pier 25 where it is hard to photo. 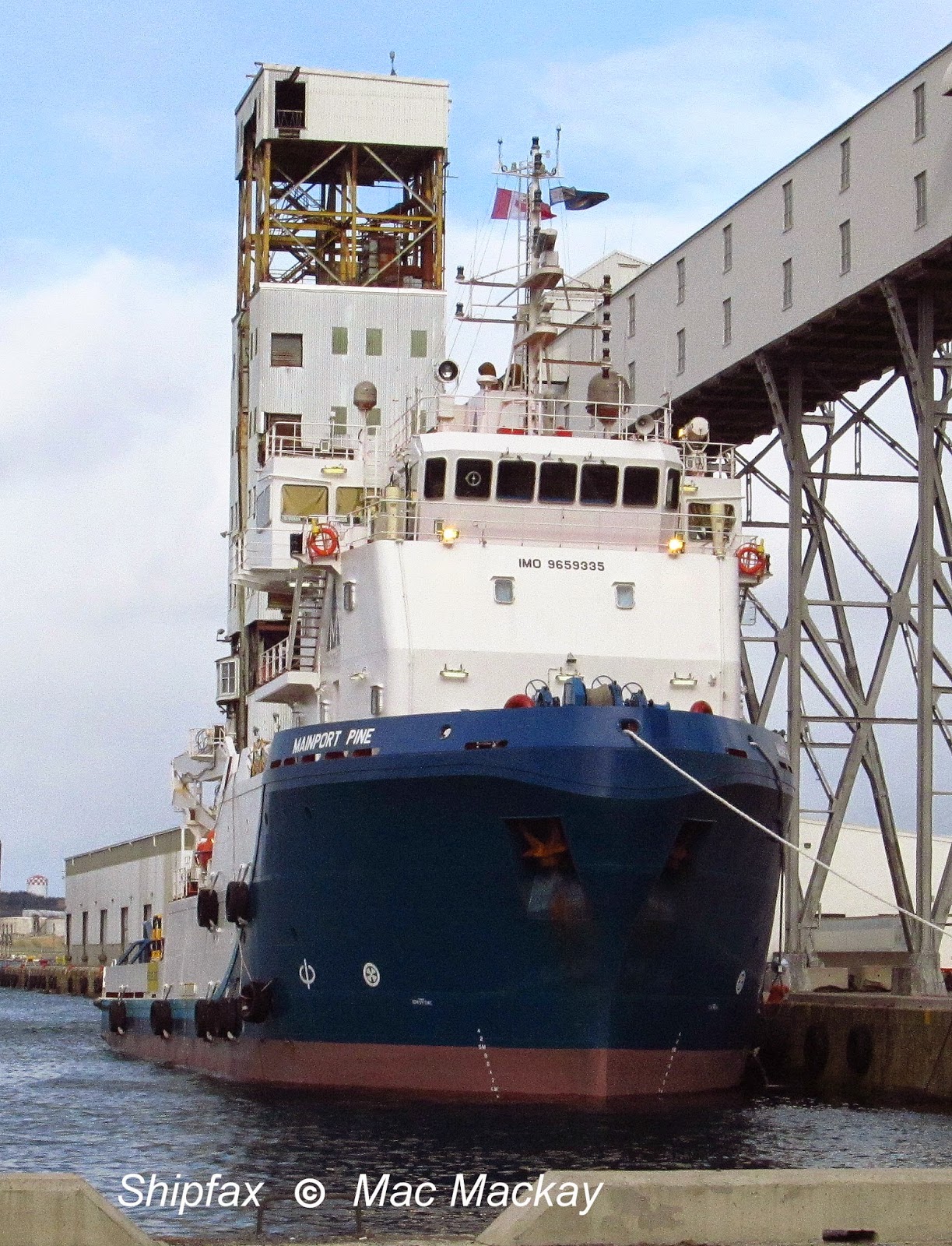 Meanwhile alongside the adjacent pier 24, the Scotian Sea is undergoing modifications, including installation  of a boat davit and other work. 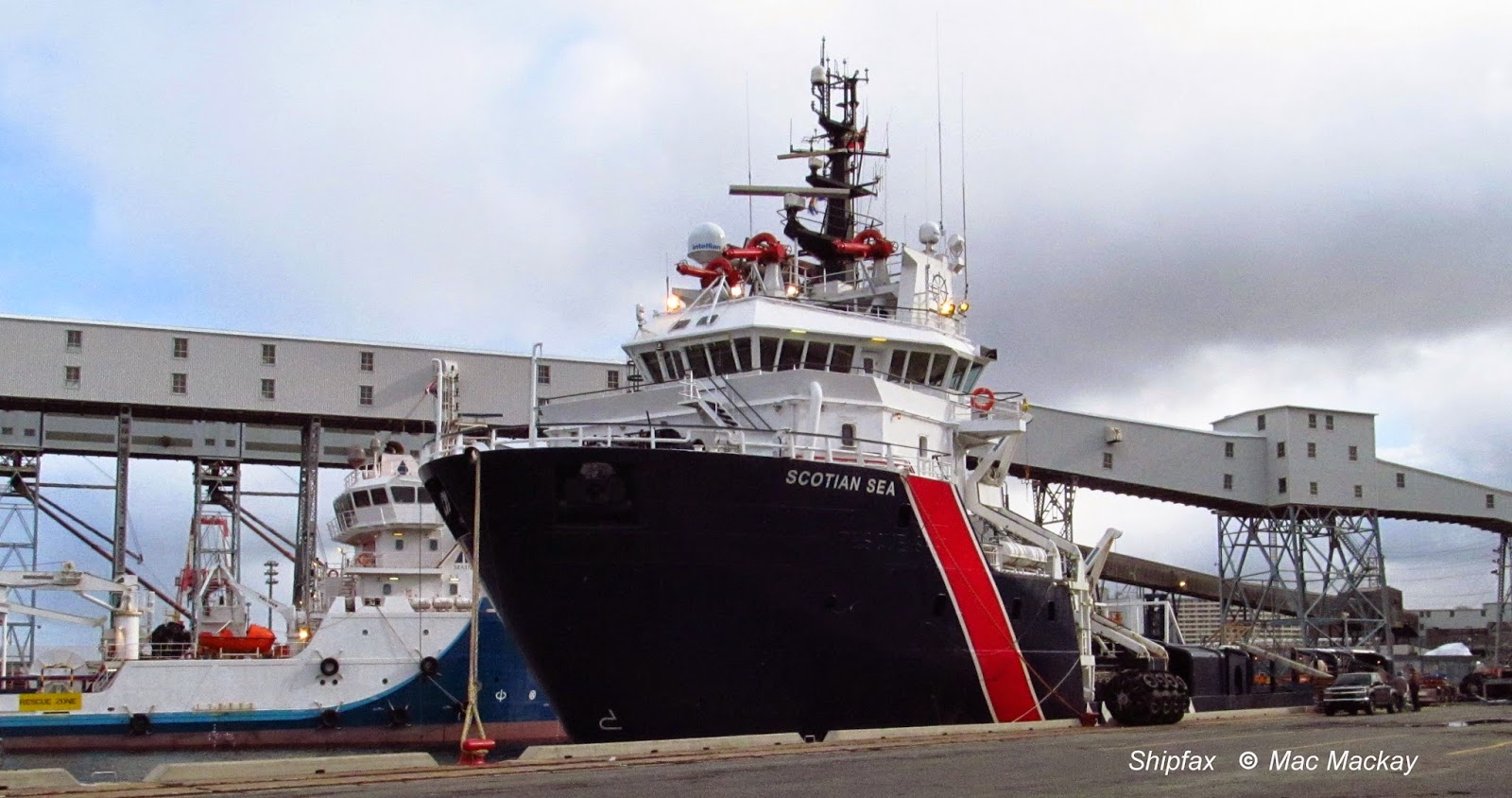 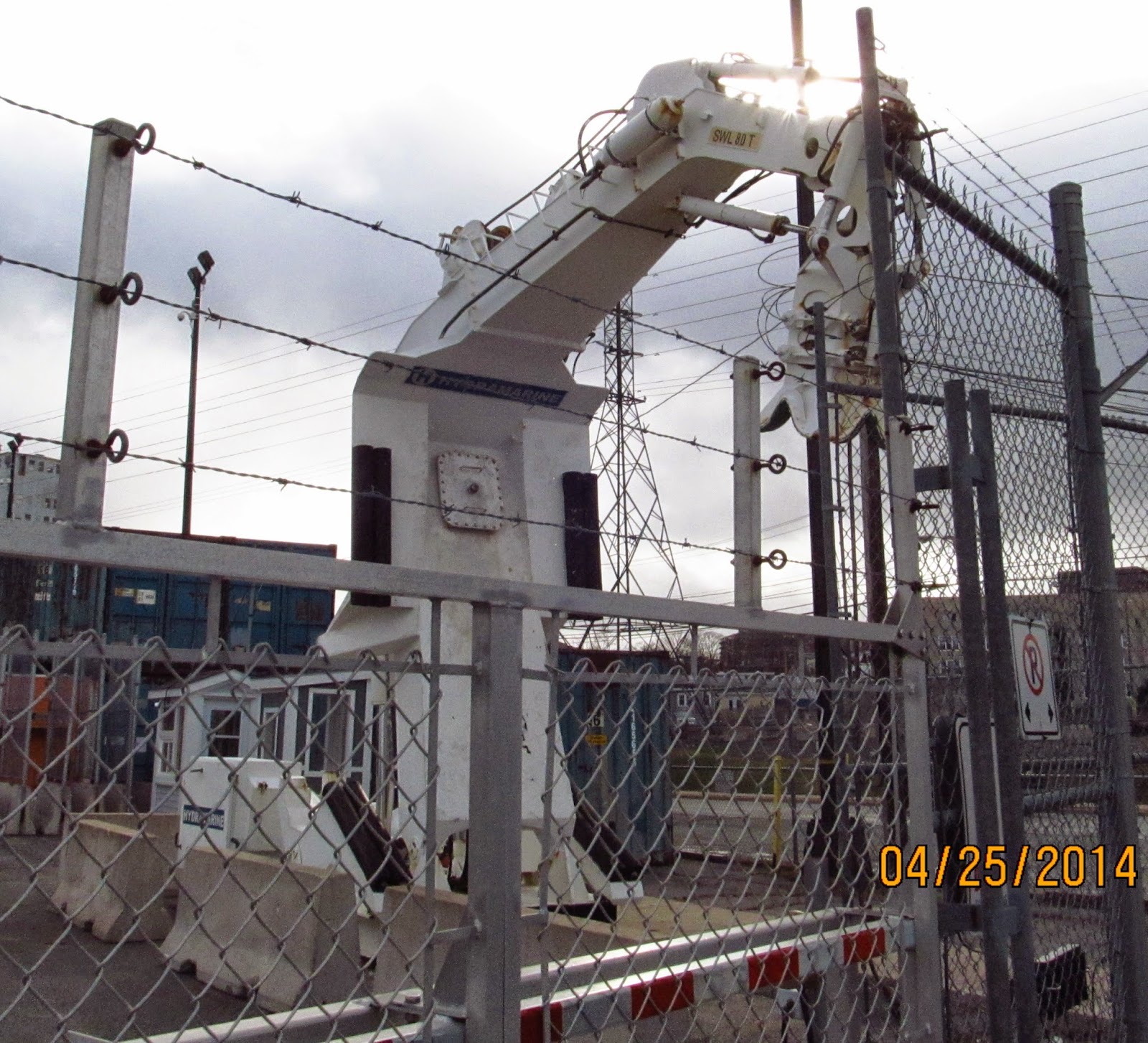 And this afternoon the first actual seismic ship arrived.Western Patriot (Marshal Islands flag) was built in 1993 by Ulstein Werft in Norway, and measures 3,586 gross tons. 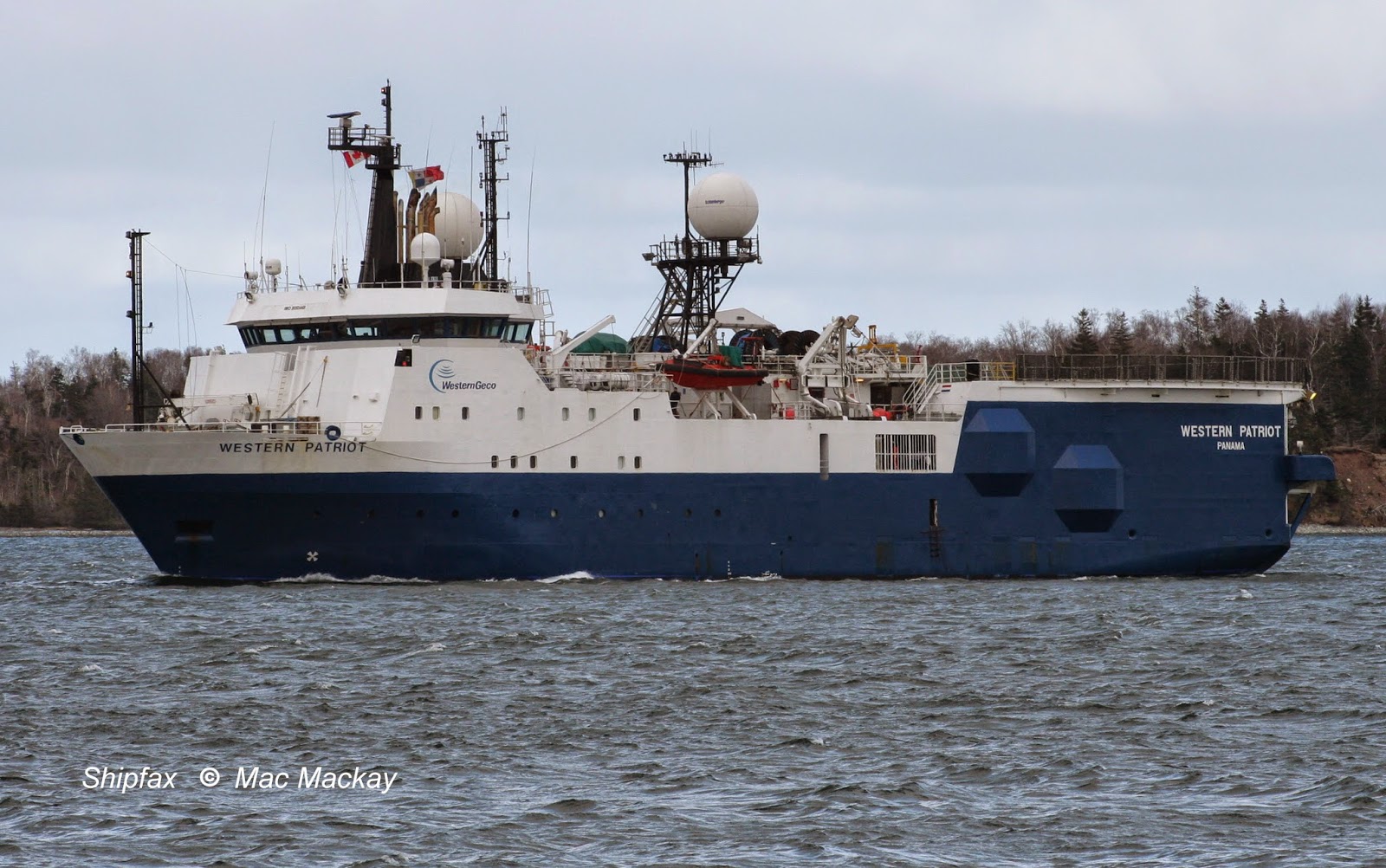 Operated by Western Geco, the ship shows the usual large hanger aft, covering seismic reels, and is topped by a helicopter landing deck. Since the seismic operations are located outside territorial waters, it will not require a coasting license to operate. Instead it will remain at sea for extended periods with such ships as Mainport Pine and Scotian Sea supporting them with supplies and crews.

If last year's operations are any indication there could be half a dozen more ships involved.