For months now, large white cylinders have been arriving in Halifax by rail and have been collecting on pier 30. Stevedores have loaded them on transfer trailers and parking them in line waiting for shipment.

Today Thor Bronco arrived to haul them off to Libya.

The ship had to squeeze its way in to pier 30 around Zeelandia tied up at pier 31 to unload her usual cargo of bagged nickel sulfides from Cuba for Nirint Shipping. 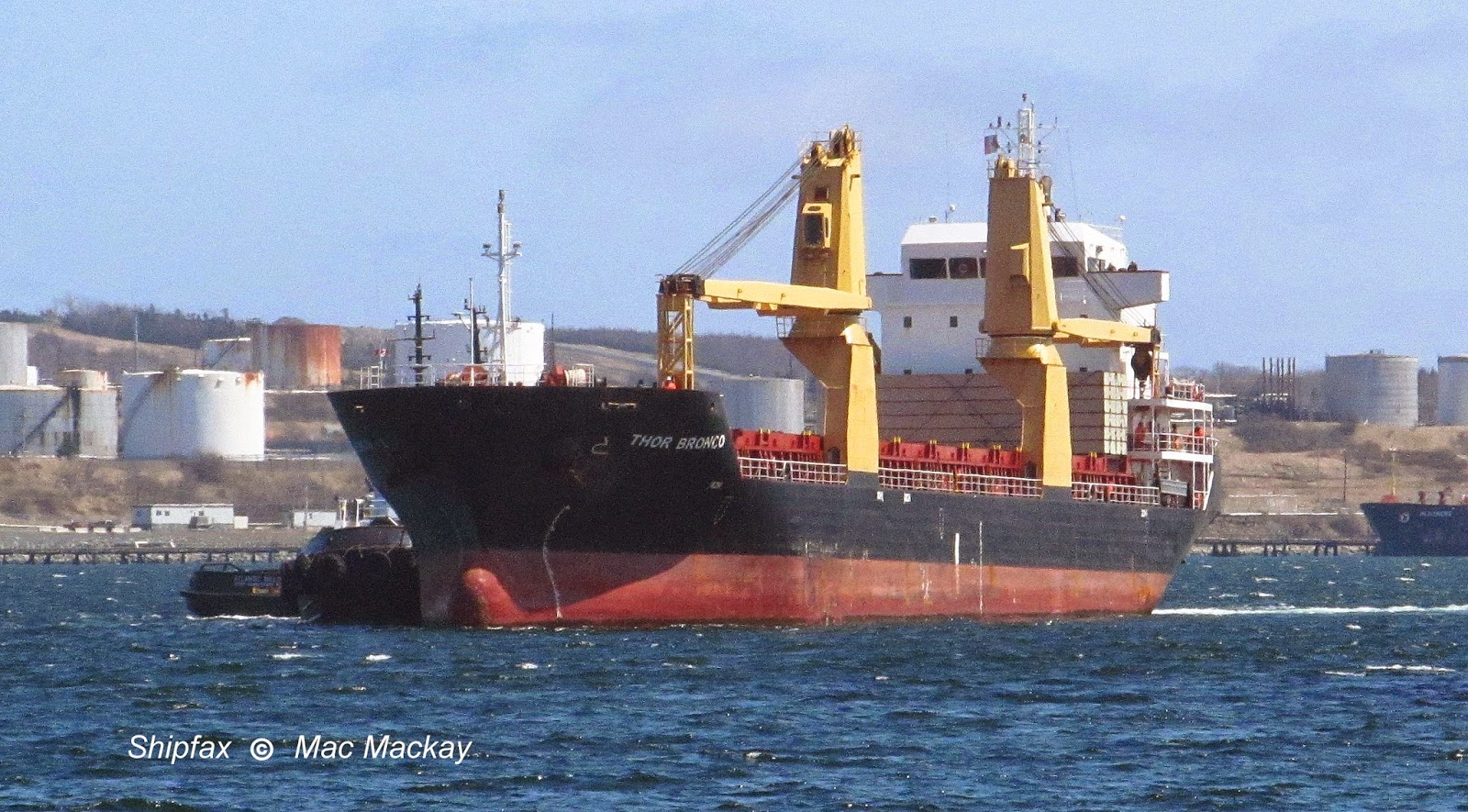 In a very stiff breeze, and with the aid of two tugs, the ship was soon alongside. 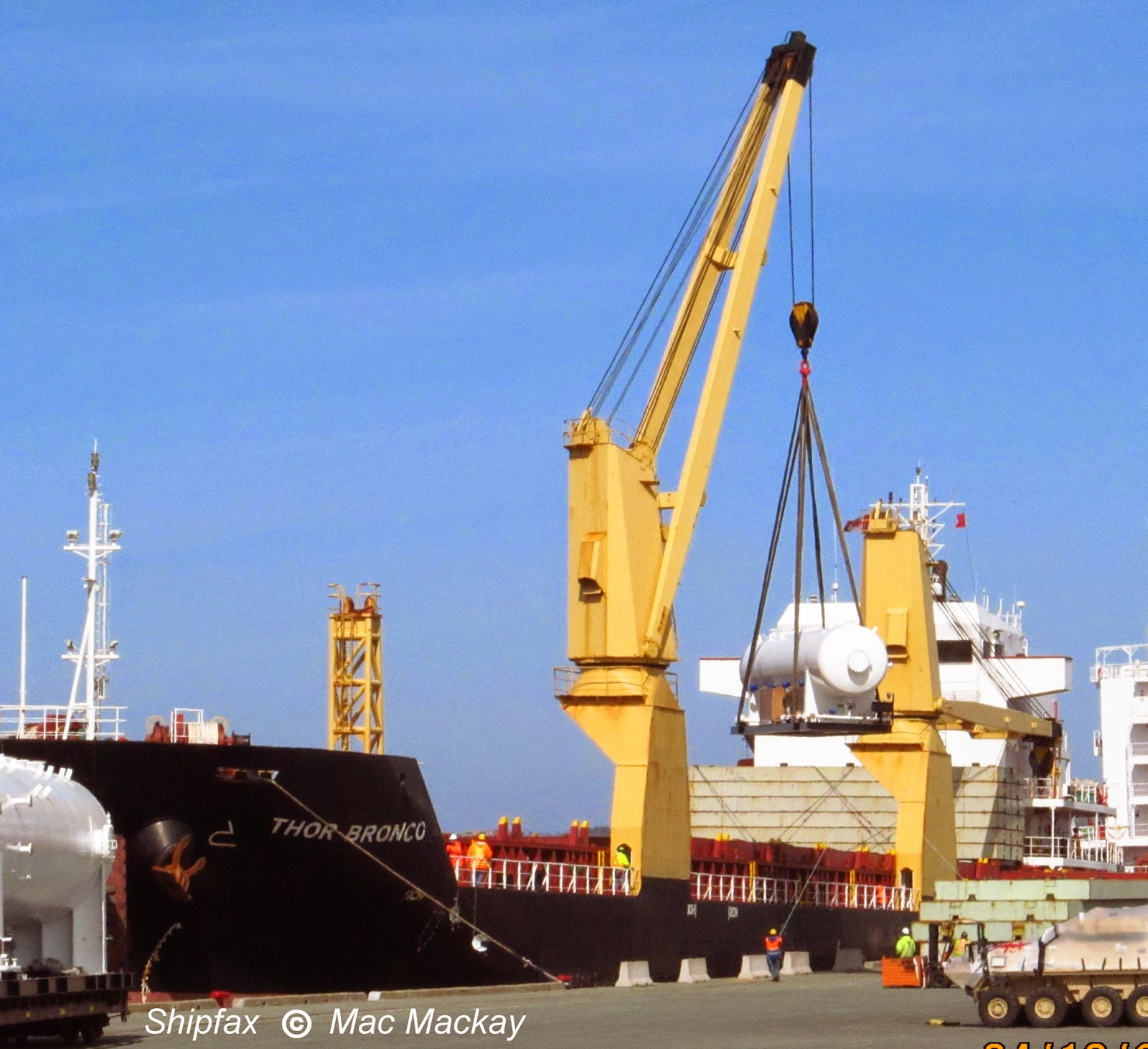 Once it had offloaded its pontoon type hatch covers, loading got underway, using the ship's own 45 tonne crane.

Thor Bronco was built in 2008 by Donfeng Ship Industry of Chongqing, China as FCC Pioneer. It was renamed BBC Pioneer the same year, and in 2010 adopted its current name. It is operated by Internaut Shipping of Limassol, Cyprus, but with headquarters in Bremen. It flies the Antigua and Barbuda flag. Tonnages for the ship are 6,569 gross, 8,090 deadweight.