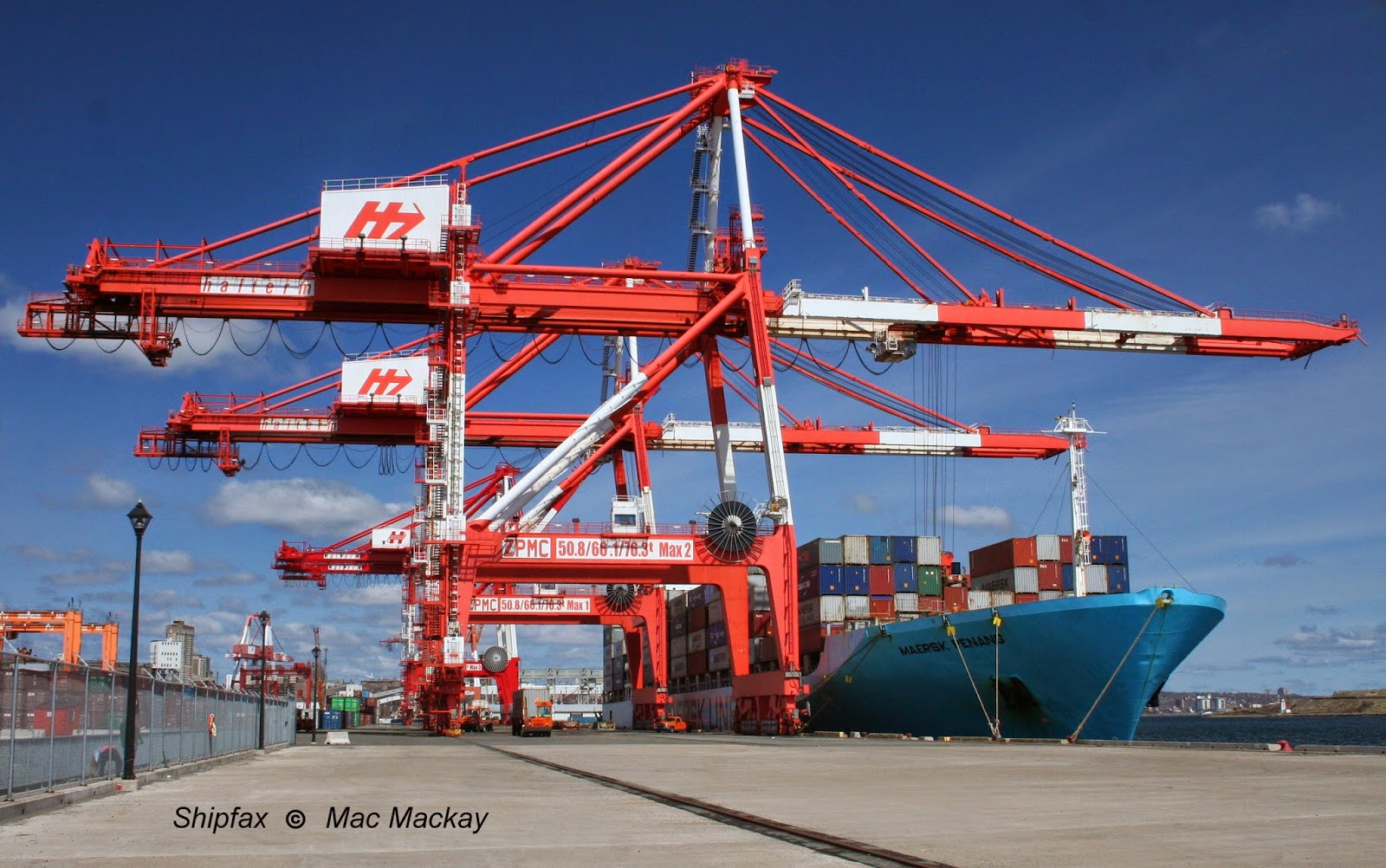 Maersk Penang was today's arrival on the Maersk St.Lawrence River/Transatlantic service. If there was any doubt that this is a tough run her wrinkled bow should be confirmation. While busily loading at Halterm, a closeup shows several wrinkles on the stem, rail and as far aft as the starboard hawse pipe. 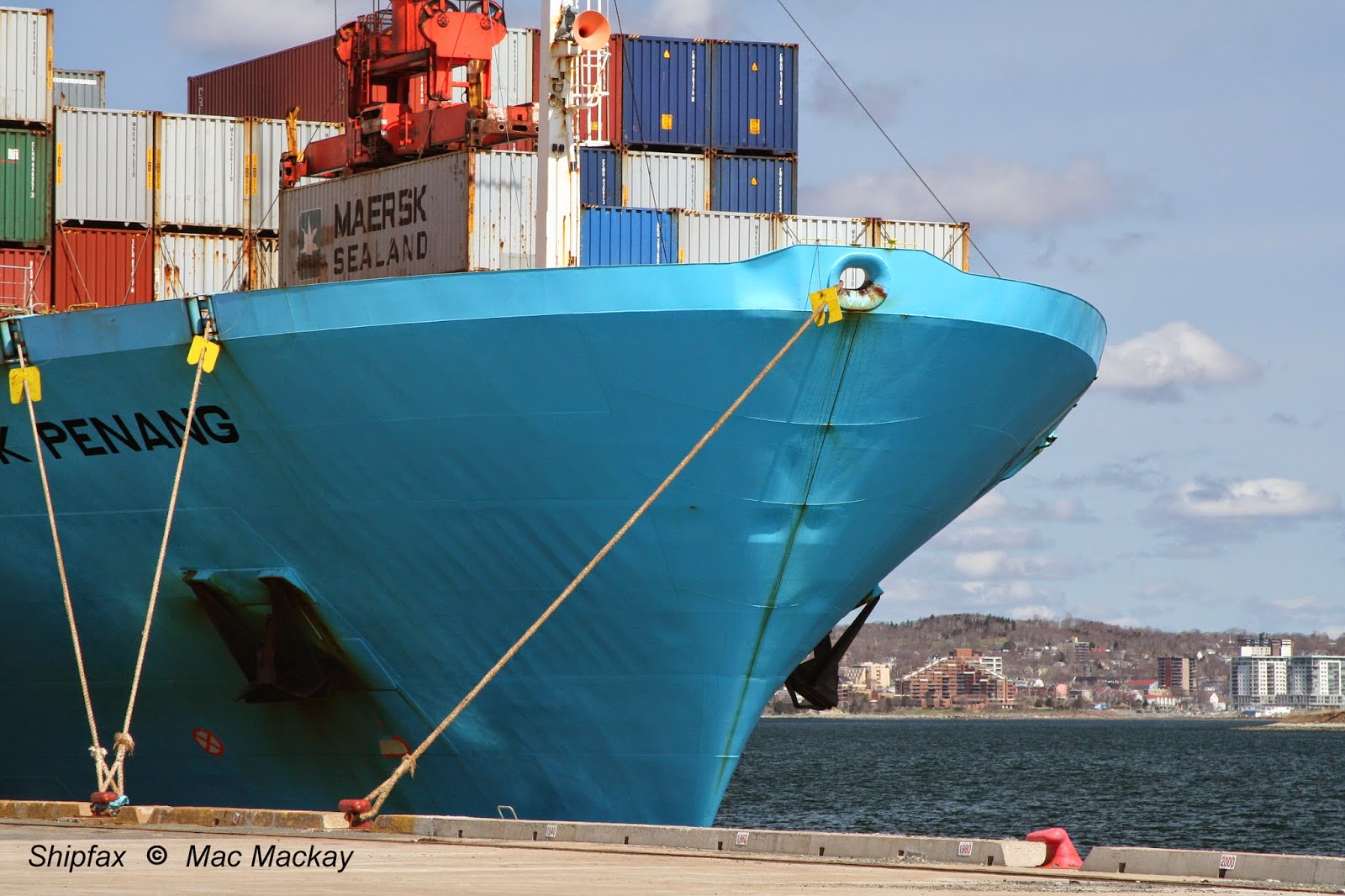 It appears that the ship may have slammed into a particularly powerful wave or series of waves. This would have the effect of distorting the shell plating and perhaps some internal frames. Not serious enough to warrant immediate repair, it still shows the immense power of the North Atlantic. (Unlike HMCS Iroquois which may have to be retired due to a similar experience, Maersk Penang is built of sterner stuff.).

Maersk Penanag dates from 1998 as P+O Nedlloyd Jakarta and took her present name in 2006 after  Maersk gobbled up P+O Nedlloyd. The ship still sails with Dutch officers, even though it is registered in England. It was built by the Kvaerner Warnow Werft in Warnemunde, Germany and at 31,333 grt, 37,842 dwt the ship carries 2890 TEUS with 400 reefer plugs.

Next week's Maersk caller will in fact not be a Maersk ship at all but a charter by CMA-CGM. Antje Wulff is a similar sized ship of 32,284 grt, 39,216 dwt built in 2002 by Stoc. Szczecinska. SA. of Stettin, Poland. Delivered as Antje-Helen Wulff it was immediately renamed P+O Nedlloyd Dammam until 2003, CMA CGM Seagull to 2005 and Ibn Abdoun to 2010.  Its container capacity is 2732 TEU, with 450 reefer plugs, which may be a benefit, since reefer traffic is a large part of the Maersk /CMA-CGM service out of Halifax.

After a brief layup in Tor Bay, England, Antje Wulff was chartered in February for one year at $US 6700 per day and will replace Maersk Patras on the weekly 4  ship TA4 St-Laurent service. It was to enter service April 13 in Rotterdam, sailing April 14 for Bremerhaven. On April 15, off Hoek van Holland, it suffered a main engine breakdown and required the assistance of five tugs to reach port. However it seems to have made up lost time and is due in Montreal tonight on its first call.

The ship it will replace, Maersk Patras, is a sister of Maersk Penang, built in 1998 as P+O Nedlloyd Marseille. It has already been reassigned, sailing this week from Felixstowe, England for Tangier.